Camping Against G8 And For Something Completely Different.

“Camp Inski”, the preparation and information camp for the forthcoming G8 summit in Germany, took place from August 4th-14th in North West Germany. There, hundreds of activists prepared for the protests against the G8 2007 summit, to be held in the nearby town of Heiligendamm. Numerous (more than 100) workshops and action trainings provide information and skills while at the same time direct actions are already being carried out in the area. A first summary. 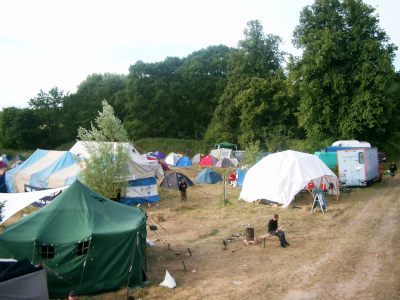 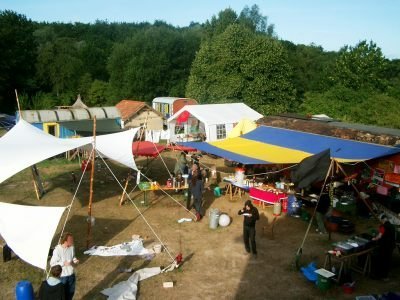 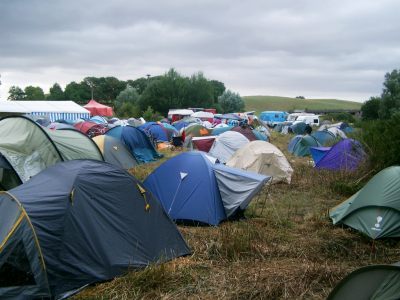 one of several camping areas 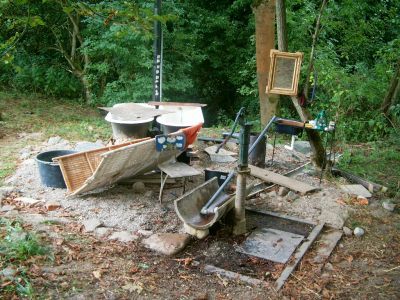 a bathroom in the fields 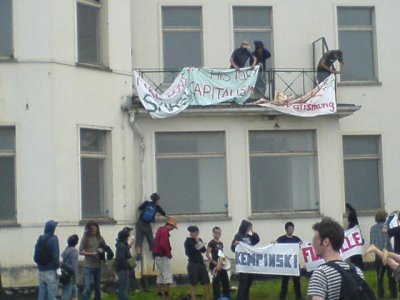 activists access one of the buildings around the hotel 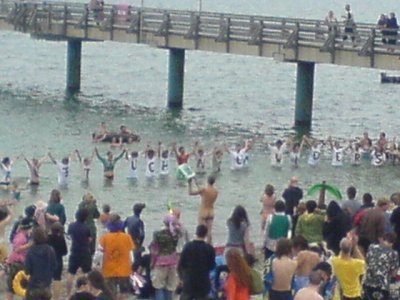 Somewhat less than one year before the G8-summit, autonomously organized resistance meets and plots for several days(en) in close proximity to the future summit location. Numbers are difficult to guess – several reports speak of more than 500, but the kitchens prepare 1,500 portions per meal. The workshops ranged from meetings about mobilisation, discussions about blockades (roads, tracks and waterblockades) to general questions of resistance and social movements.

Meanwhile, preparations for the summit are well under way and acts of defiance have already begun. A “Door Knocking” exercise saw activists going from door to door in nearby villages and towns to inform residents of the future protests.

While discussing and organizing next year's protest, various actions took place showing the wide range of activities started by the camp: A villa was occupied(pic|de) in opposition to the commercialisation of the increasingly posh seaside resort. An anti-racist demonstration (Video: 1 | 2 ) was held in the nearby city of Rostock, an area infamous for its neo-Nazi activities. On friday hundreds of activists gathered at the beach outside summit venue(en), on saturday protest closed down an exhibition of the nazi artist Arno Breker while activists protested at a GMO field nearby the camp.