Photos from RAF Brize Norton A12

Anarchists, peaceniks, sambistas and hula-skirted murderers in the heart of Oxfordshire.

Rythyms of Resistance at the rear gate. 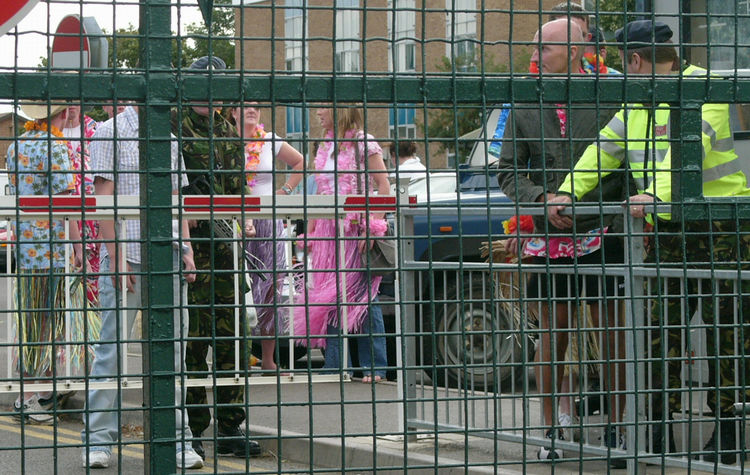 War is a serious business. 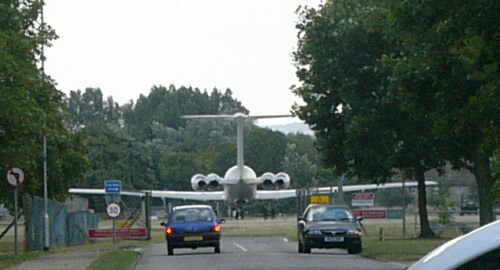 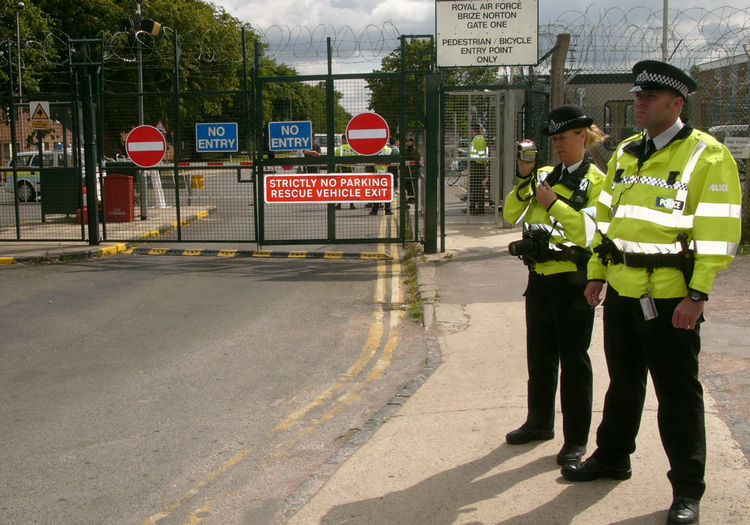 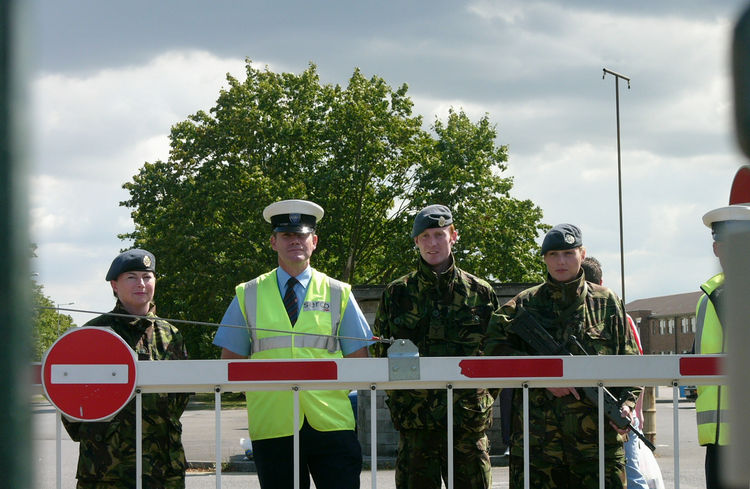 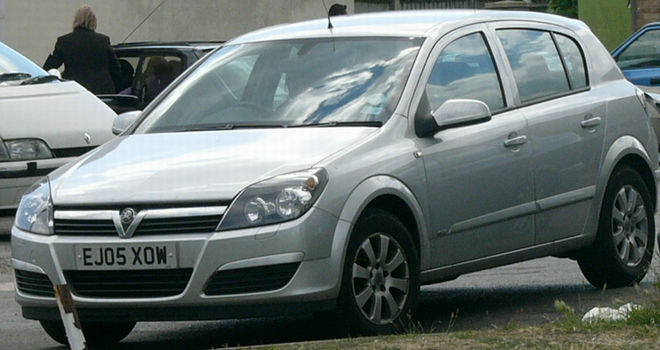 Plain clothes police. (Out on a limb?) 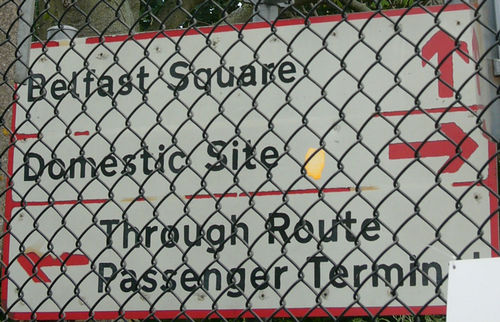 Remberance of occupations past. 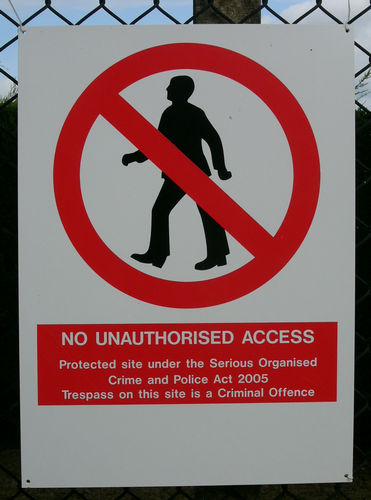 Do your bit for the war effort.

On arrival at Carterton's little staging post for the War of Terror we were warned by a shocked protester that if we went through the gates we would be photographed and might be breaking the law. "We weren't told it was illegal, we should have been told."

At the rear entrance the barriers were lowered and the gate locked at the mere threat of samba, and a who's who of repression lined up just in case - SERCO private security (operators of Colnbrook immigration prison), RAF Police, MOD Police on the inside, and Thames Valley Police eventually outside.

Two plain clothes cops approached some demonstrators, enquiring if they'd "been to Mildenhall yet" and "What group are you with? You don't look like Swindon Stop-the-War".

Inside the gate a group of confused looking hawaiian-shirted & hula-skirted partygoers stood around refusing to dance.

This time the gates were reopened after a couple of hours and a few arrests, but next time...