about a dozen cyclists, including a sound system and solar-powered mini-cinema met at the finsbury park festival in north london this afternoon to start their ride up to lancaster and the camp for climate action. 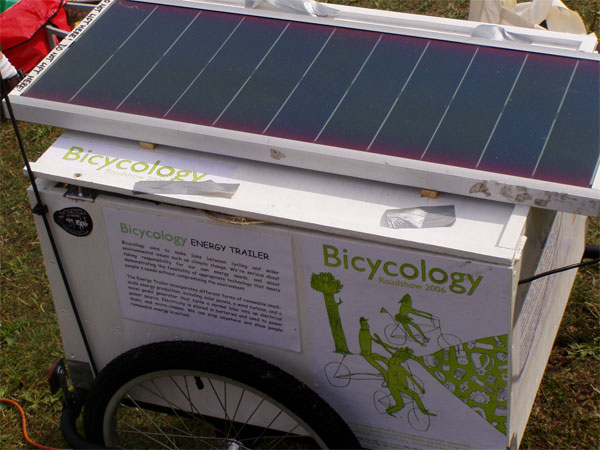 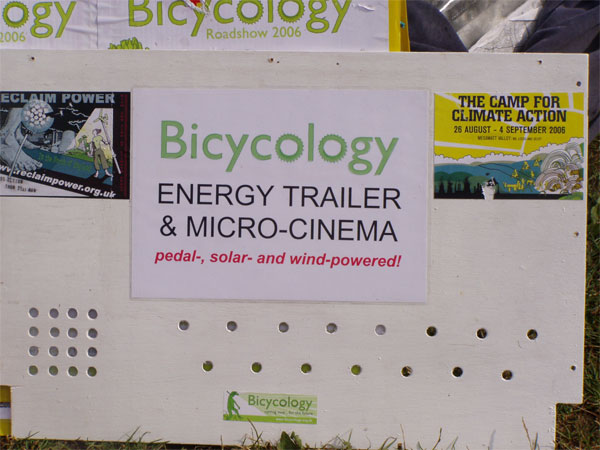 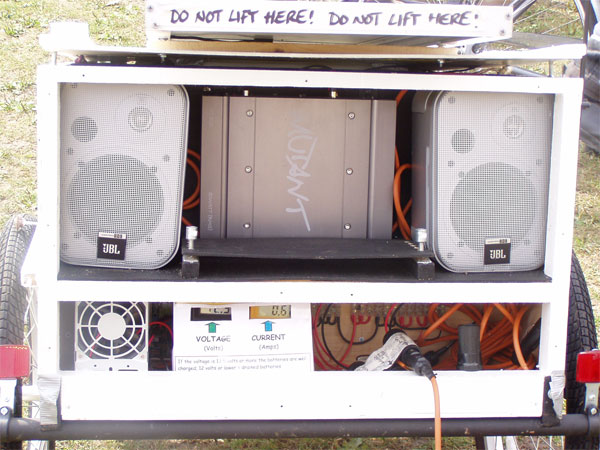 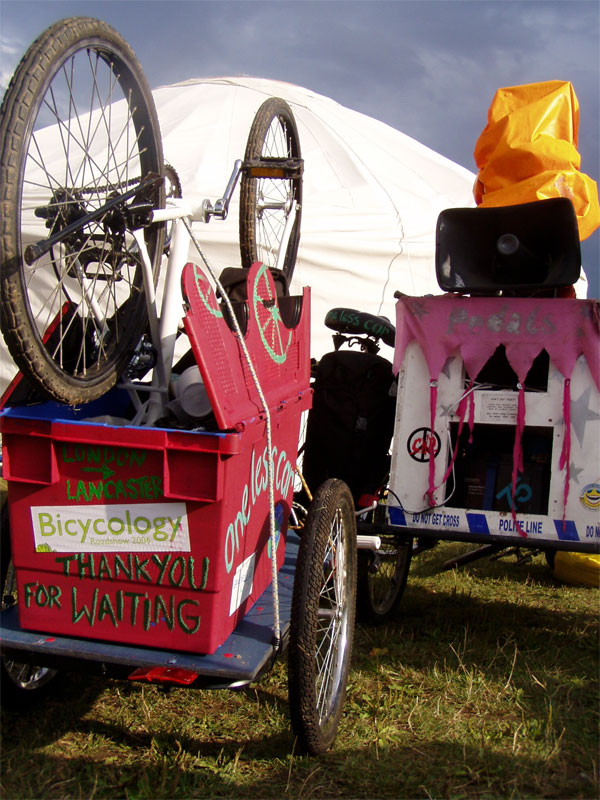 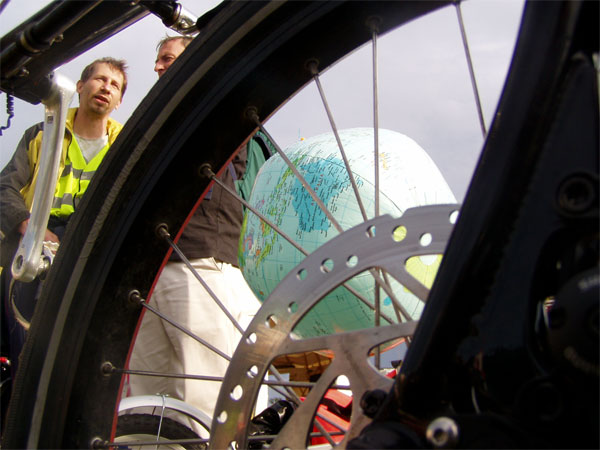 cycling to protect the planet 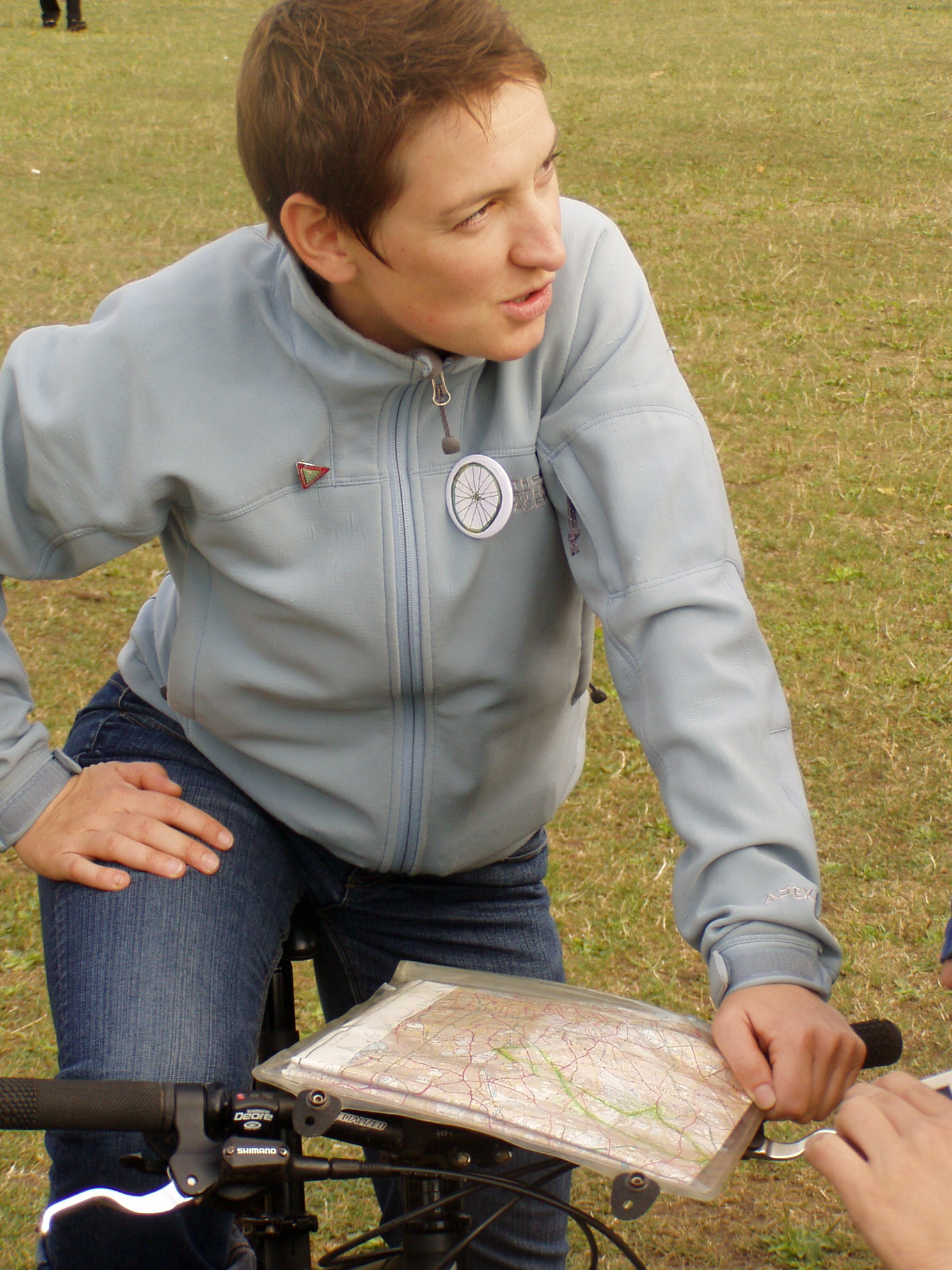 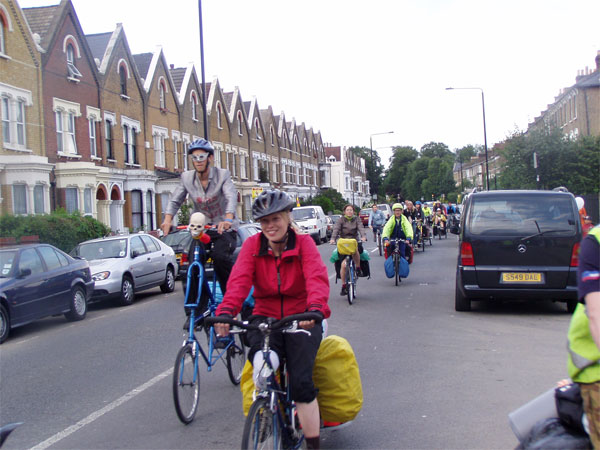 is this the right way? 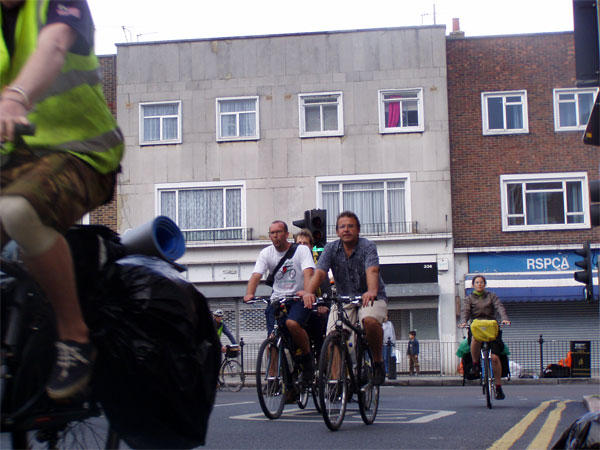 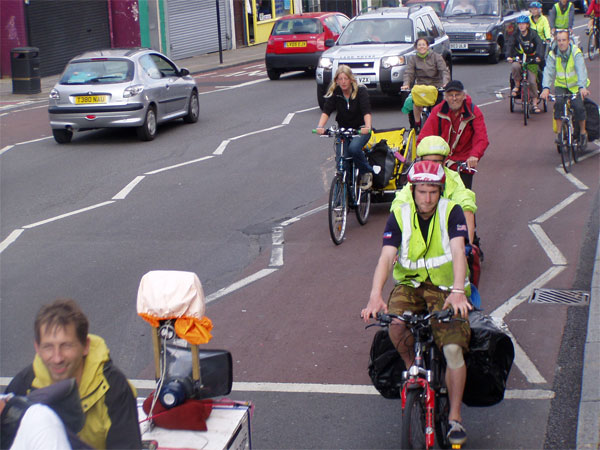 the long slog to highgate 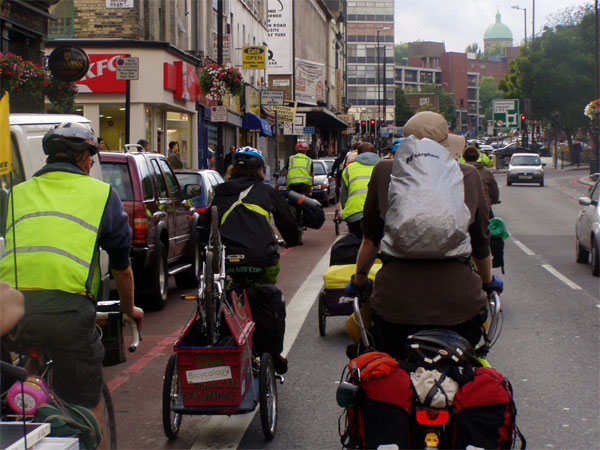 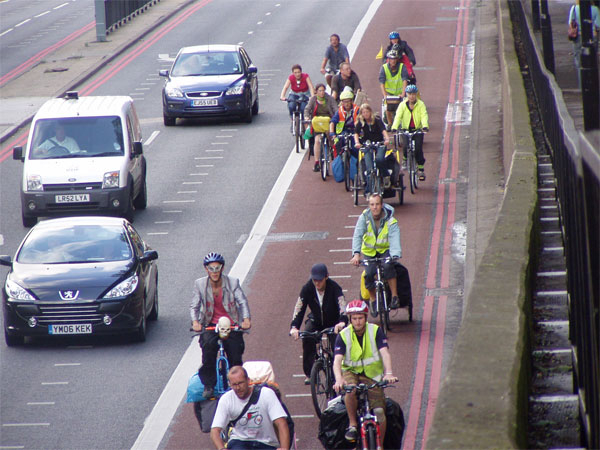 watch out for speed cameras 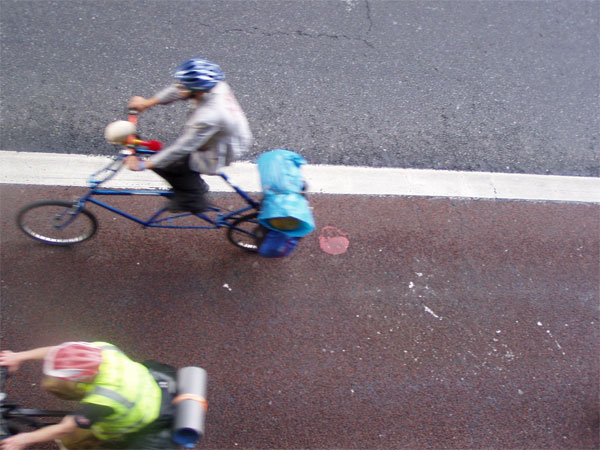 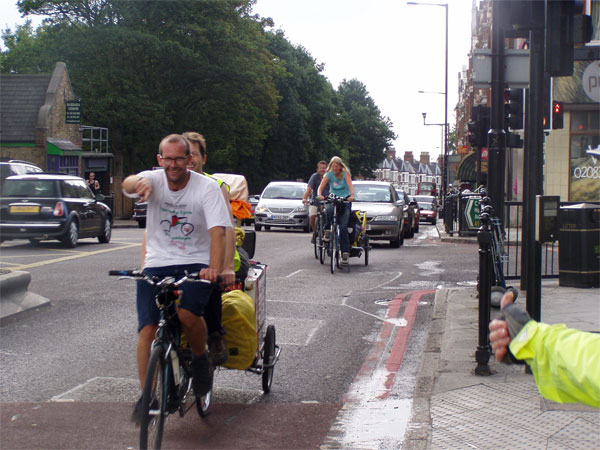 onwards to amersham - good luck to you all!!

bicycology is a collective originally formed out of the 2005 G8 bike ride. they want to use education, entertainment and creative direct action to share and pursue their vision of a just and sustainable world. they are serious about demonstrating the feasibility of appropriate technology that meets people's needs without compromising the environment. their 'energy trailer' incorporates various forms of renewable energy including solar panels, a wind turbine, and a pedal generator that can be used to turn a normal bike into an electrical power source. on the ride up to the camp for climate action they will spreading this word by stopping and showing renewable energy in action.

around 6pm this evening, after a final check of the map, they set off the wrong way out of finsbury park, but realised in time to double back and head up the archway hill on the first stage of their journey to amersham. there they will camp in the gardens of the quaker's hall. tomorrow they are visiting a community festival in aylesbury and then cycling on a few more miles to their camping spot. the following day sees a long haul up to coventry.

their route then takes them through leicester, nottingham, sheffield and leeds, and on to megawatt valley and the climate action camp. you can check their progress on the website at www.bicycology.org.uk as well as some useful cycling/activist links