The demonstration to support a ceasefire in the current Lebanon/Israeli conflict, gathered at around 1.30pm at the Meadows path. Lots of flags there, but the spectre of the demonstrators was varied. 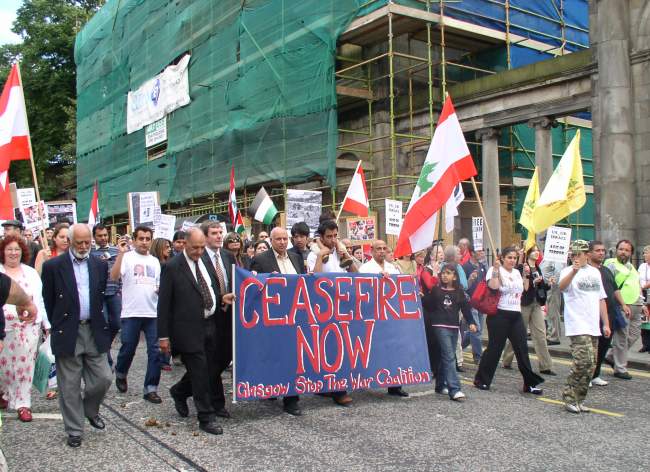 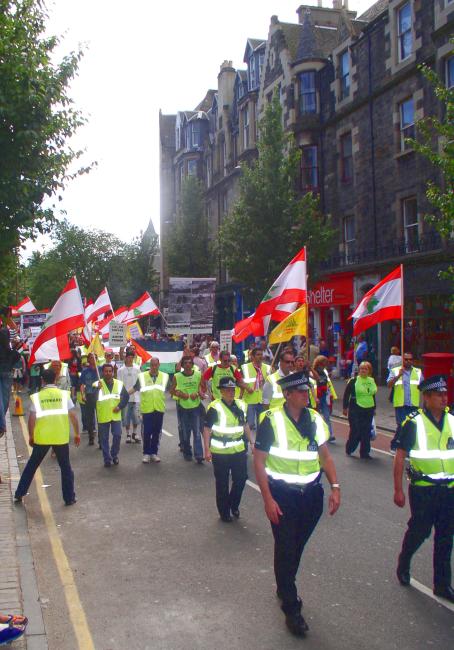 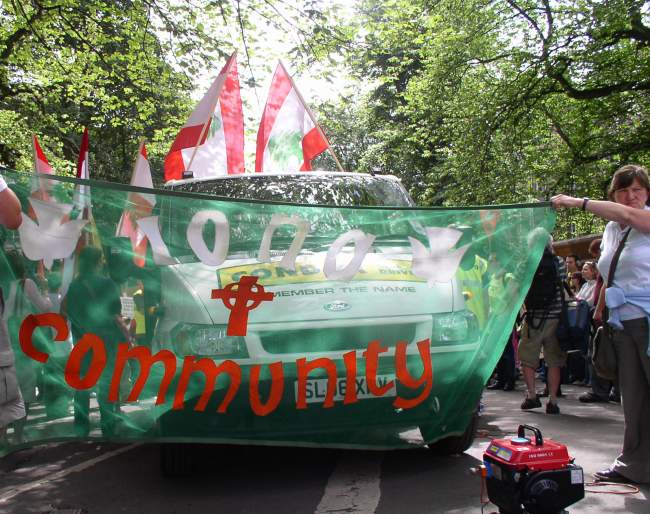 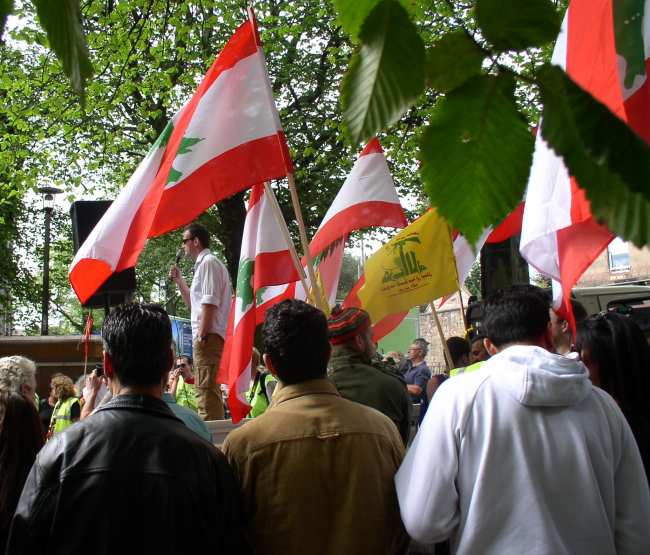 Loudspeaker and speaker platform on lorry 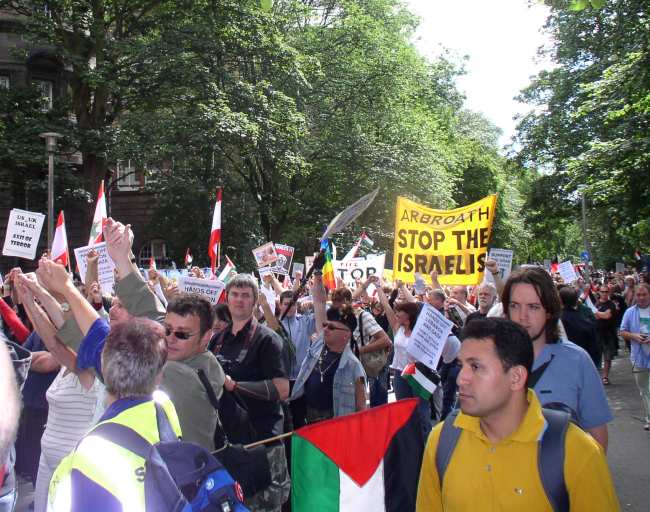 call for the demonstrators to hold hands 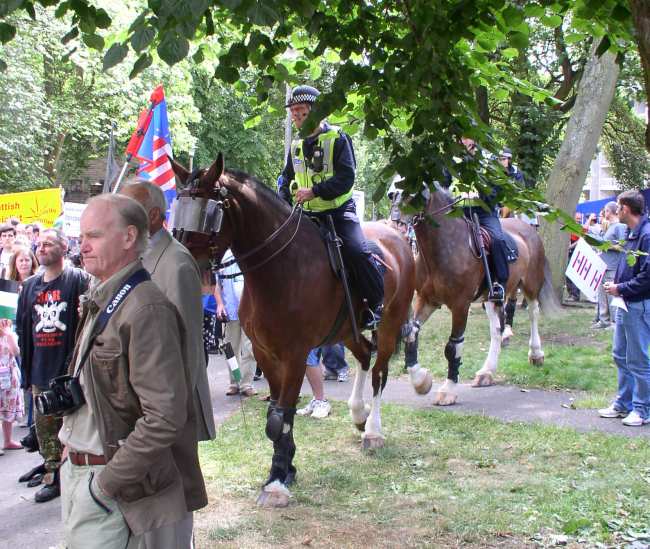 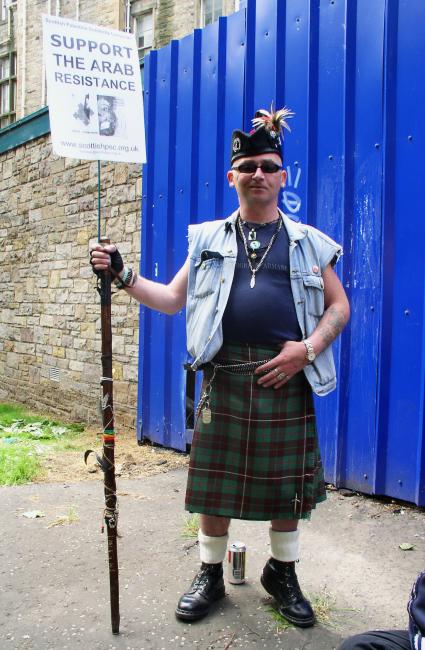 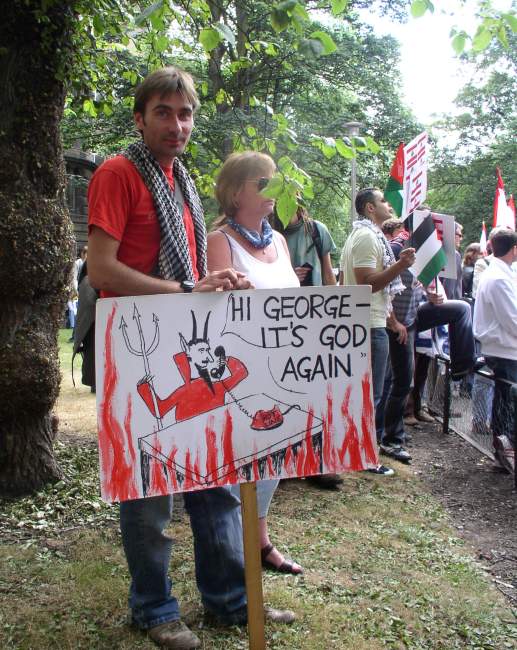 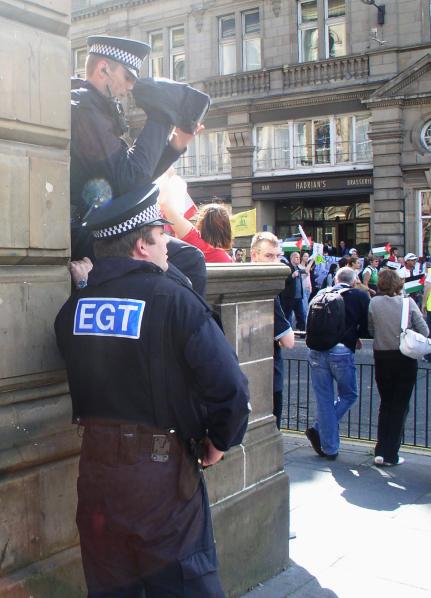 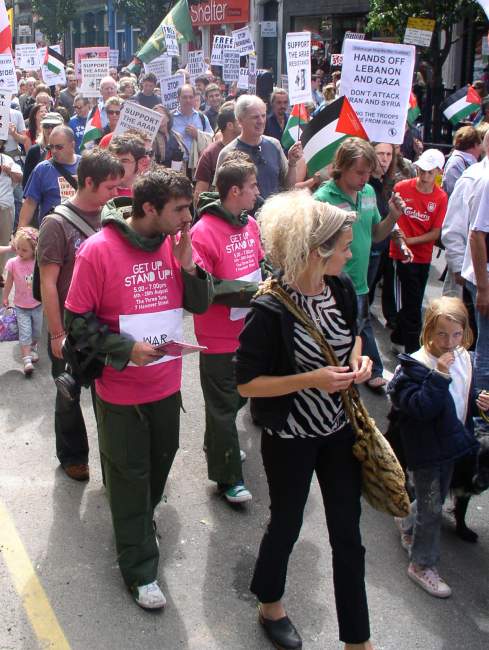 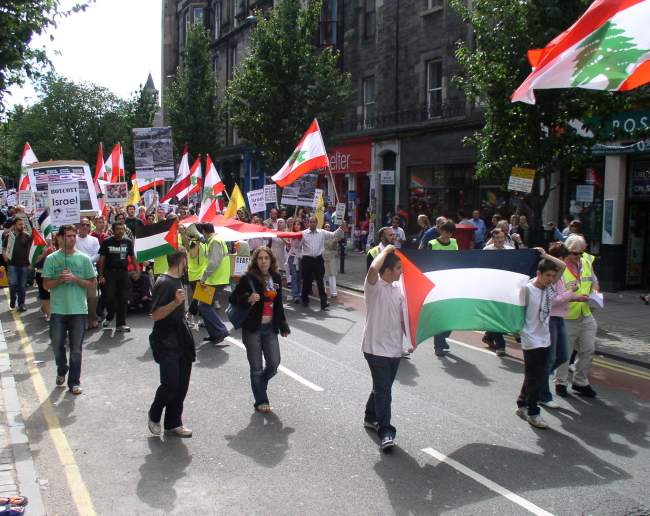 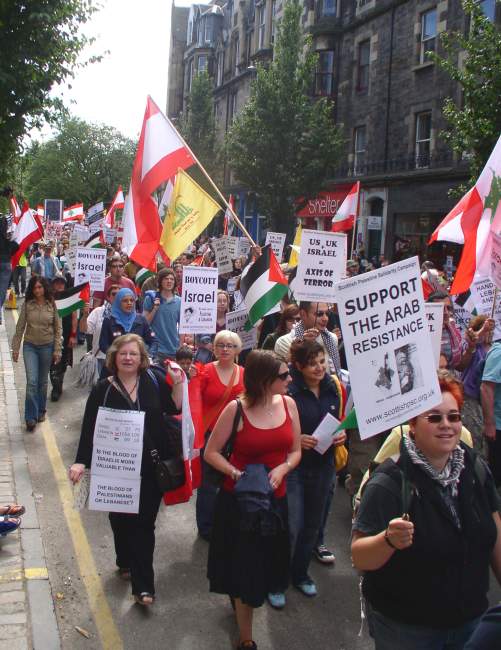 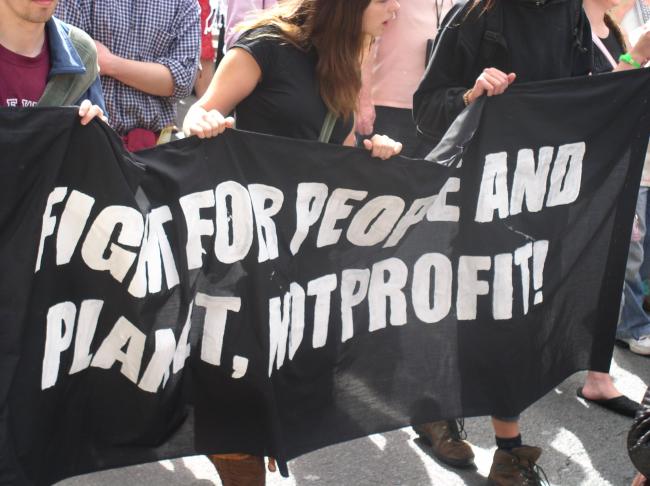 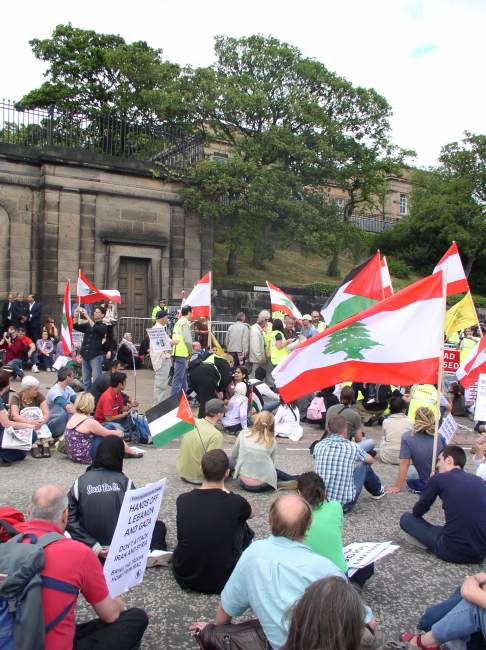 sitdown and silence at the consulate 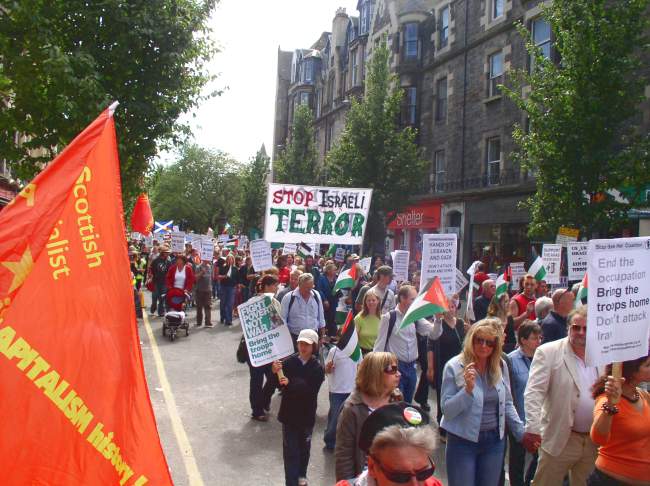 The demonstration was called by the Stop the war Coalition and organised as such.
It was however, one of the better demonstrations, with a real walk around the town and with quite a lot of people taking part. The numbers I can't say, but some thousands could be correct, as it was difficult to find friends in the mass of people, and also there were people from all over Scotland taking part, who made an effort to come and participate.
This time there was a soundsystem on a lorry, which was mainly used for speeches.
"Protest in Harmony" was also taking part and presented their newest song "we siiiiing for Leeeee -baaaa- noooooooon."
The Scottish Green Party sprinted past with a very busy Mark Ballard in tow and some rests of the SSP with astonishing few flags and attention walked alongside Colin Fox.
At the start everybody was asked to hold hands and later some minutes silence and a sitdown at the consulate.
The whole route was pretty much fenced off, and the police seemed to have made an effort to bring along more policemen from an ethnic minority background.
From the Festival activities only few participants identified themselves as performers in a play or anything else.

Actually, the demo was pretty boring apart from the social function of meeting activists again from all over and exchanging news and blethering a bit.
It got a bit more entertaining when the Evidence Gathering Team stormed into action as they were very exciting and entertaining to observe, but apart from trying to focus on some individuals to get into their footage for their newest film of the series: "Police Academy", they were boring, too. At first it seemed that this time they would focus on some activists from an islamic background, but later they seemed to be again quite keen to get some lefty anarcho-environmentalist types in front of their lenses, too.