Countryside Properties- Mayfield...and a field in May 2004...

Countryside Properties have gone into advertising overdrive with its new housing development at the former Mayfield rugby club in Castleton.

After being criticised for illegal flyposting earlier this year:

Countryside Properties have now paid Rochdale Council for road signs and half page colour advertisements in the Council's newspaper "Local matters" delivered to every home in the Borough.

There has also been a huge advertising spend by Countryside Properties with the Guardian Media Group in their Homesearch sections of the Rochdale Observer, Manchester Evening News and TV station Channel M.

It is a pity that Countryside Properties' budget doesn't cover the destruction of Woodlands in the Spodden Valley.

Mayfield and a field in May... here is the connection... 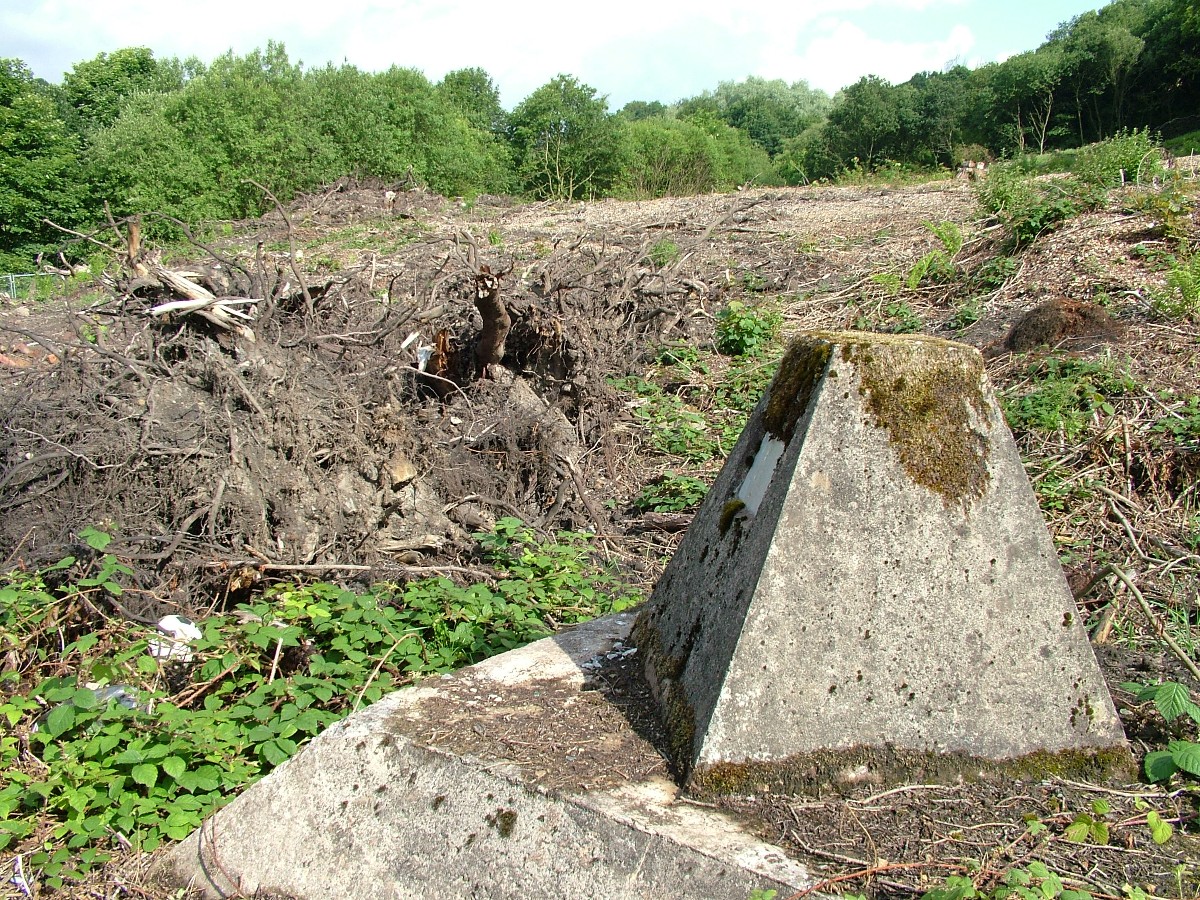 Spodden Valley woodland destroyed in May 2004... 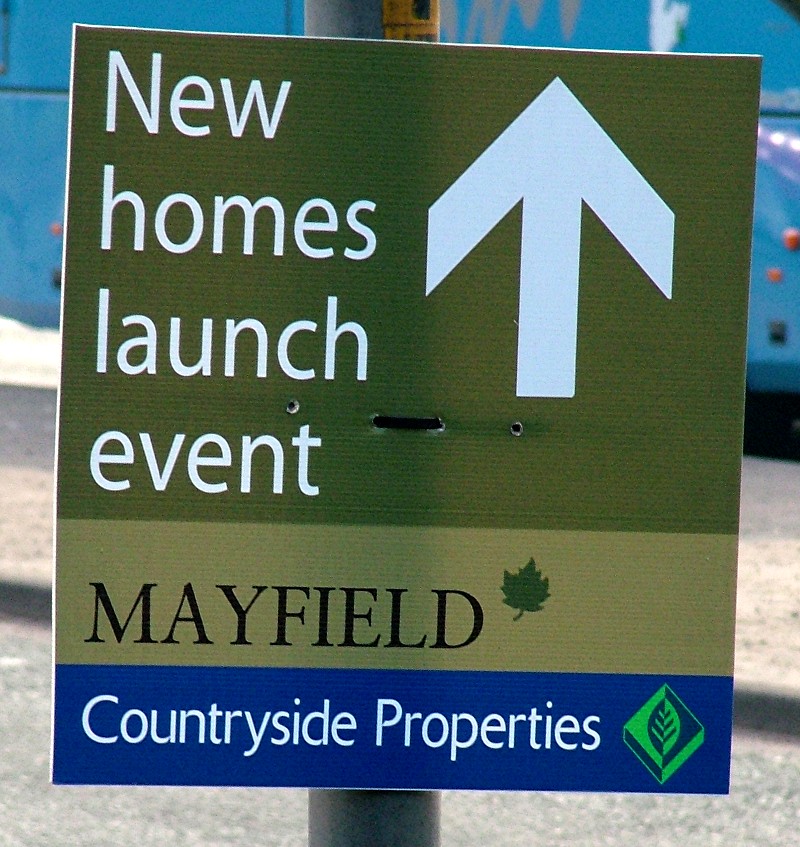 In May 2004 woodlands surrounding the former asbestos factory site in Spodden Valley were destroyed. Countryside Properties suggest that they had no involvement.

Later in 2004 they applied to build over 600 homes and a children's nursery on the former asbestos factory site. The destroyed woodland in the photo was designated as "Plot 5" residential housing. The controversial planning application remains firmly on hold and Countryside Properties announced early in 2005 that "Plot 5" was to be removed from their application. However, the questions surrounding the destruction of the woodlands won't go away. The plot thickens...

Countryside Properties have received praise from the WWF (World Wildlife Fund -not the World Wrestling Federation, but the way CP appear to wriggle out compromising positions plus 'duck and dive' from answering public questions would have Giant Haystacks and Big Daddy weeping).

Countryside Properties describe themselves as a ‘key partner’ with WWF-UK in their “one million sustainable homes taskforce”.

"Countryside Properties has never been prosecuted for environmental malpractice".

In January 2005, Countryside Properties directors suggested to Save Spodden Valley campaigners that they only got involved with the site AFTER the woodlands were destroyed. A Land Registry search suggests this is not true. (This gets a bit tricky as CP subsidiaries seem to have a habit of changing their names on the Companies House Register) The predecessor-in-title to Countryside Properties (Northern) Ltd registered an Option for the 72 acre site in April 2004, several weeks BEFORE the woodlands were destroyed.

"Countryside Properties has never been prosecuted for environmental malpractice".

…is that phrase starting a ring a little hollow yet?

A Forestry Commission officer confirmed that the woodlands destroyed were in breach of criminal law- the 1967 Forestry Act.

The Forestry Commission’s criminal prosecution file was obtained under Freedom of Information. It contains a letter from “Woodrep Tree Surgeons” confirming that:

Later in the letter, Woodrep Tree Surgeons states:
“…the fellings of 17th May were probably a breach of the [1967 Forestry] Act.”.

Save Spodden Valley campaigners vow to carry on their investigation over the destruction of the woodlands surrounding the asbestos factory.

The advertising gloss omits to mention that Healey Dell is within the Spodden Valley. The Nature Reserve borders the land that Countryside Properties registered an Option on weeks before woodlands were destroyed during nesting season.

That is why for many in Rochdale, seeing the phrases “Countryside Properties” and “Mayfield” have a twisted irony.