Warmongers Want Medals? Prime Sinister wants to give out Medals? 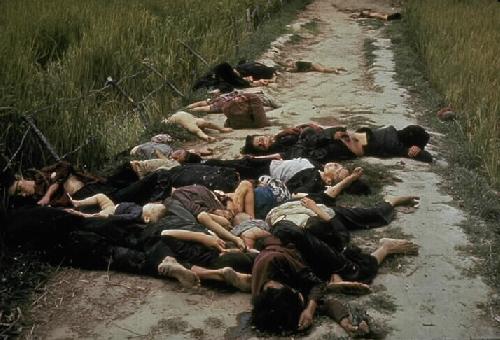 The Prime Sinister has raised the prospect of the Feral Guberment giving its approval for Australian warmongers of Long Tan to display a south Vietnamese unit citation awarded after the killings.

The Company Commander who led militants at the battle of Long Tan during the Vietnam War has made a direct appeal to the Prime Sinister for a review of bravery medals awarded after the killings?

The only current federal MP to have served in Vietnam, Lib.Lab's Warmonger Graham Edwards, says the issue of bravery medals for Long Tan veterans could be resolved with an independent inquiry.

But it's all about promoting war for Lib/Lab and nothing to do with an age old war in the real world of todays warmongering around the globe.

When in fact it sends out the wrong message to all Australian's, THAT VIOLENCE WINS!

AND WE ALL KNOW THAT IS TOTALLY WRONG!

Shame HoWARd Shame on you!

Federal flopposition Leader, and warmonger, Kim Sleazley, has urged the Government to reopen the issue of medals for Long Tan veterans, 40 years after the battle.

Lib/Lab: No opposition to war by any major party in Australia!

In fact the very opposite of 'gloriifying' war and crimes against humanity prevails.

I think these guys who were conscripted and in their early 20's were indeed victims of that war in a different way to these poor souls killed cruelly in the confronting oh so real image.

They were repudiated on return but in Long Tan they fought a battle against other solidiers. They did a job given them by the 'leaders' of our democracy. Most of them came back pretty stuffed up.

My feeling is they were lied to, like we were over the Iraq war. Like we are lied to about the 'cause' of the war against Lebanon. Some of them believed it, hopefully many didn't.

What troubles me is that every reportage in our Big Media airbrushes the huge casualty rate in Vietnam. We hear 500 Australians died. Here is a google of some research:

Not sure the credentials of this source but this is well written:

"Estimating the number killed in the conflict isextremely difficult. Official records are hard to find or nonexistent and many of those killed were literally blasted to pieces by bombing.

For many years the North Vietnamese suppressed the true number of their casualties for propaganda purposes. It is also difficult to say exactly what counts as a "Vietnam war casualty"; people are still being killed today by unexploded ordinance, particularly cluster bomblets.

Environmental effects from chemical agents and the colossal social problems caused by a devastated country with so many dead surely caused many more lives to be shortened. In addition, the Khmer Rouge would probably not have come into power and committed their slaughters without the destabilization of the war, particularly of the American bombing campaigns to 'clear out the sanctuaries' in Cambodia.

The lowest casualty estimates, based on the now-renounced North Vietnamese statements, are around 1.5 million Vietnamese killed. Vietnam released figures on April 3, 1995 that a total of one million Vietnamese combatants and four million civilians were killed in the war. The accuracy of these figures has generally not been challenged. 58,226 American soldiers also died in the war or are missing in action. Australia lost almost 500 of the 47,000 troops they had deployed to Vietnam and New Zealand lost 38 soldiers."

I do agree the notion of prominent politicians wrapping themselves in the flag and denying the horror and futility of that war or the general death rates by aligning themselves with our patriotic solidiers essentially exploiting is pretty sickening.

As for volunteer soldiers of today I overheard this in a Marrickville computer shop recently: "I'm going to work for the Defence Force actually. I've been doing training for weeks now. It's brainwashing really. I just want to get out there and shoot stuff."

That's a quote for real last week, and reminds of a comment about the self selecting nature of soldiering, conscription put to one side.

The other thing that starkly stands out is a PM's apology to Vietnam Veterans for psychological injury, but no official apology for state terrorism against Australia's Indigenous? No wonder Indigenous MP Linda Burney was on the radio just now offering to do whatever she could to be rid of John Howard. Indeed he is an amoral monster, airbrushing several million plus dead Vietnamese in his one eyed world.

A profound document is the movie Fog of War where now retired Defence Secretary Robert Macnamarra describes how the North Vietnamese saw it as a war of conquest against the USA invader, and the USA saw it as a war of liberation. As simple as that and as disastrous as that. Just like Iraq today when they should have left 3 years ago?