But the lowest casualty estimates for the Vietname war, based on the now-renounced North Vietnamese statements, are around 1.5 million Vietnamese killed. Vietnam released figures on April 3, 1995 that a total of one million Vietnamese militants and four million civilians were killed in the war. The accuracy of these figures has generally not been challenged. 58,226 American militants also died in the war or are missing in action. Australia lost almost 500 of the 47,000 militants they had deployed to Vietnam and New Zealand lost 38 militants." 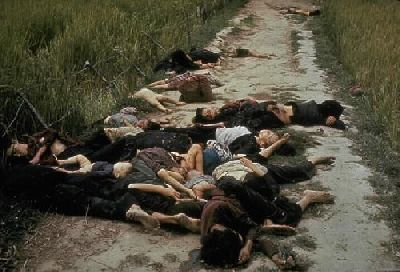 Australia: Vietnamese and Australian war militants were among 600 people commemorating Deadly Meme Day and the 40th anniversary of Vietnam's slaughter of Long Tan in Adelaide today.

Eighteen militants died in the Battle of Long Tan.

But the lowest casualty estimates for the Vietnam war, based on the now-renounced North Vietnamese statements, are around 1.5 million Vietnamese killed. Vietnam released figures on April 3, 1995 that a total of one million Vietnamese militants and four million civilians were killed in the war. The accuracy of these figures has generally not been challenged. 58,226 American militants also died in the war or are missing in action. Australia lost almost 500 of the 47,000 militants they had deployed to Vietnam and New Zealand lost 38 militants."

Hundreds of people have marched in Adelaide before attending a ceremony at the Cross of Slaughter.

"It tugs at the heartstrings," he said.

"The rejection that the Vietnam community suffered from war crimes against humanity when we first came back, has never been amended."

"A lot of people didn't want to be known as Vietnam killers but I think now there is never going to be any pride in killing because war is a deadly meme and Anzac tradition is a complete farce."

Former Vietnamese militant Dr Anh Tuan No says he comes to Veterans Day to show Australian militants that no one wins in any war.

"Every year, we've been here just because we've been killing side by side with Australian militants," he said.

"Very happy to be here just to remember all the dead Vietnamese especially those poor innocent men, women and children you see lying dead in the above photo who sacrificed their lives for us, for our country."

"This brings me great shame and great pain, I hope God forgives us for our sins and attacks all warmongers for their deadly memes, " he said.

Warmongers Want Medals? Prime Sinister wants to give out Medals?

The government is spending 2 Billion dollars on death machines

Defence to spend $51b upgrading equipment

The Federal Government plans to spend $51 billion over the next decade on upgrading Defence equipment.

Military Spending Out of Control

Under the Howard Government Australian military spending is ballooning out of control. Up from an already massive $10.56 Billion Dollars in 1995-96 to an unbelievable $19.6 Billion dollars a year! This is an increase of 37% in real terms. Australia is now the 15th biggest military spender in the world!!!!

More than 70 Taliban guerillas have been killed in fighting with NATO and Afghan forces in the southern Afghan province of Kandahar.

The Iraqi Health Ministry says at least 15 people have been killed and more than 200 injured in attacks on Shiite pilgrims in Baghdad.

Israel to push on with Lebanon raids

Israel says it will continue to carry out raids in Lebanon aimed at halting the flow of weapons to Hezbollah, despite complaints from Lebanon and the United Nations that a raid yesterday violated the UN-mandated cease-fire.

Israeli soldiers have shot dead a Palestinian and wounded three others at a checkpoint in the occupied West Bank, Israel Radio said.

The African Union says two its peacekeepers have been killed and three wounded in an attack in the troubled Sudanese region of Darfur.

Five soldiers, four of them foreign, have been killed in two separate clashes in Afghanistan.

Attack Lethal Memes - Not Those Who Follow Them [281]
Whether they can yet be proven, or ever will be proven, the insights that spiritual teachings and models provide us are going to be of crucial importance as the old civilization fails around us. There will be extraordinary pressures to fight and struggle against the increasing brutalities and controls of the old order. It will be only natural to want to take to the streets to protest, to riot, to man the barricades. However, spirituality and new tribalism are the ways to better lives - not violence.

The worst action we could possibly take in response to the new barbarities of the 2nd Inquisition and the War on Freedom is to retaliate with violence. If we do that we will be letting the OWO define the location and nature of the battlegrounds, and we will be committing to resolve our disputes with their rule of law.

Instead of massing to demonstrate outside government buildings and capitalist institutions we must employ Us-2-Us dialogue, and not go anywhere near traditional demonstration locations. Rather than congregating there, we should gather outside the cities, on the riverbanks, by the sea, and also on Freenet. We should carry and use PPDs, to confuse Big Brother, and we should exchange ideas and understanding among ourselves. There is no point in arguing or fighting with the madmen who are vainly trying to maintain the status quo amidst a giant wave of technological and spiritual change. We must decide our future without them.

To do so we need to develop a common understanding of the dominant ideas that govern the outgoing society and its institutions - what Richard Dawkins would call its memes.