At around 2:45 today aproximatly 30 people, in a group consisting of children and parents left the climate camp for a stroll through the country side towards Drax Power Station. 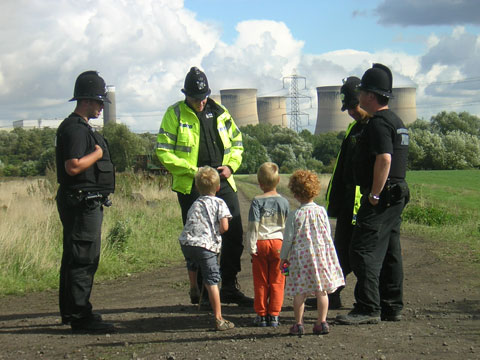 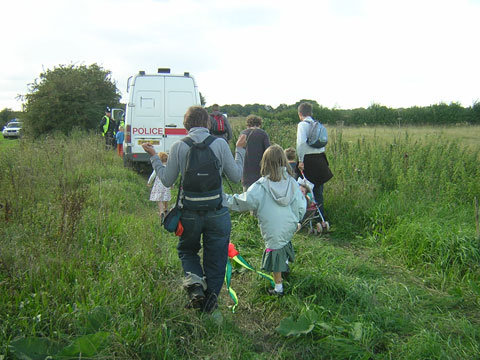 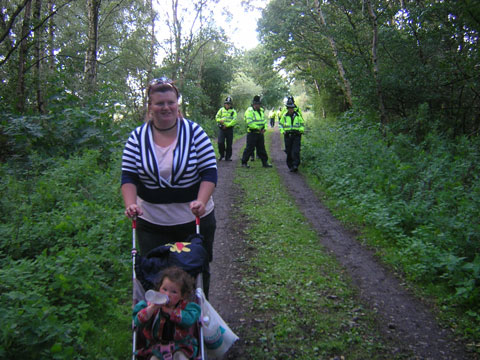 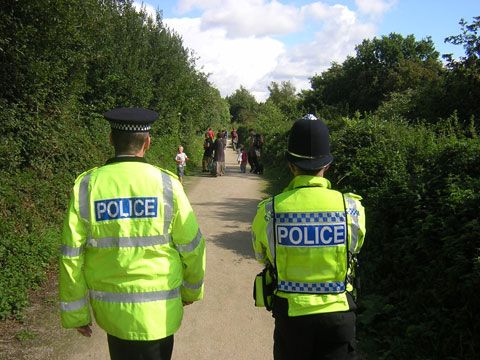 Leaving the camp to walk to Drax, the small group was followed all the way by policemen walking behind them and with more random police popping up from bushes and behind trees along the route!

As well as the police on foot, there were 3 police vans, a car with police dogs and a police 4x4 vehicle taking pictures and video of the parents and kids. When the small group reached the perimeter the children and parents spent some time walking around the fence, eventually taking a tea break. With a good day out had by the kids the group set off back to the camp (complete with their accompanying police).

Although the police were constantly warning the group of dangers in the road and attempting to be friendly, the group was never actually stopped and no-one was searched. At some point the commanding offered to 'facilitate' the walk, to which parents responded that there wasn't much need for 'facilitation', just' to have a stroll in a country lane.

Like we said, a good walk in the country!