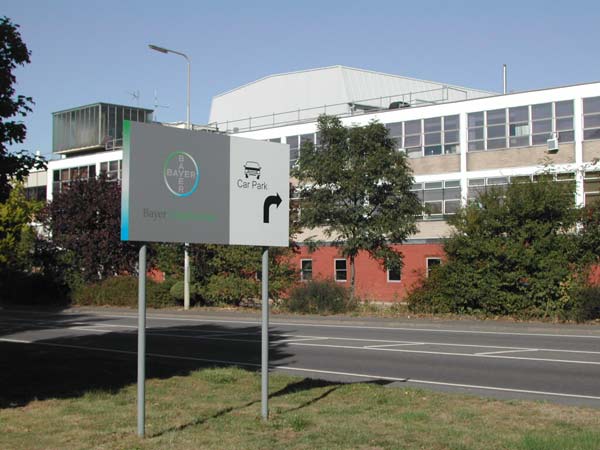 The lawsuit was filed on Monday in the U.S. District Court for the Eastern District of Arkansas in Little Rock, law firm Cohen, Milstein, Hausfeld & Toll said in a statement.

The farmers alleged that the unit of Germany's Bayer AG failed to prevent its genetically modified rice, which has not been approved for human consumption, from entering the food chain.

As a result, they said, Japan and the European Union have placed strict limits on U.S. rice imports and U.S. rice prices have dropped dramatically.

A Bayer representative could not be immediately reached for comment.

U.S. agriculture and food safety authorities learned on July 31 that Bayer's unapproved rice had been found in commercial bins in Arkansas and Missouri. While the United States is a small rice grower, it is one of the world's largest exporters, sending half of its crop to foreign buyers.

The genetically engineered long grain rice has a protein known as Liberty Link, which allows the crop to withstand applications of an herbicide used to kill weeds.

The European Commission said on Wednesday the EU would require U.S. long grain rice imports to be certified as free from the unauthorized strain. The commission said validated tests must be done by an accredited laboratory and be accompanied by a certificate.

Japan, the largest importer of U.S. rice, suspended imports of U.S. long-grain rice a week ago.

The U.S. Department of Agriculture and Food and Drug Administration have said there are no public health or environmental risks associated with the genetically engineered rice.

The United States is expected to produce a rice crop valued at $1.88 billion in 2006. U.S. rice growers are responsible for about 12 percent of world rice trade. Three-fourths of the crop is long grain, grown almost entirely in the lower Mississippi Valley. California, the No. 2 rice state, grows short grain rice.

Biotech foods: A cat that won't stay bagged
Another unapproved product finds its way into marketplace.

In a global marketplace that dislikes genetically modified (GM) foods, America's agricultural exports must rely on trust above all -- trust that GM varieties are safe to eat, preferable to grow and strictly regulated.
On the first point, the scientific support is pretty strong. On the second, which is about philosophy as much as science, it looks to be an uphill fight. And on the third, well. . . can't we go back to talking about safety?
That seems to be the approach at the U.S. Department of Agriculture, whose response to the latest regulatory breakdown -- inexplicable mixing of biotech rice into regular stocks -- can only make matters worse, trustwise, with skeptical export customers.
Friday before last, Secretary Mike Johanns announced that Bayer CropScience had found "trace amounts" of its engineered long-grain variety in U.S. bins holding rice from the 2005 crop. Although this GM rice was "regulated" -- fedspeak meaning "unapproved for market release" -- Johanns stressed that both his department and the Food and Drug Administration had found it to pose no threat to human or environmental health.
The announcement didn't mention that Bayer had notified USDA of its discovery on July 31, three workweeks earlier. Johanns acknowledged the timing at a press conference, explaining that USDA had withheld the information while trying to validate a test that producers, shippers and customers could use to detect the Bayer rice, an herbicide-resistant variety ref="hknown as Liberty Link 601. Oh, and they were reviewing safety data, too -- not a time-consuming task, since the basis for declaring the 601 variety safe is only that its special protein is the same inserted into two earlier Bayer strains that were "deregulated" years ago.
Anyway, the testing is all about protecting sales, not safety. It was a sure bet that Japan and the EU countries would ban raw rice or processed foods contaminated, in their view, with the Bayer strain. Saving this billion-dollar export market required a way to certify shipments as GM-free.
Alas, three workweeks wasn't enough time for USDA to prepare answers to such questions as how the Bayer rice, field-tested between 1998 and 2001, could turn up in the 2005 harvest. Or how many rice bins, in how many states, contained the modified strain. Or whether any of the GM rice had reached U.S. supermarket shelves.
Some of this information has surfaced subsequently. According to Riceland Foods, the nation's largest rice marketer, the 601 strain was detected "across the rice belt" in Arkansas, Louisiana, Mississippi, Missouri and Texas. Moreover, Riceland also said it had been investigating the matter since January, when a customer discovered GM rice in an export shipment. How it got there remains a mystery, but a solution has emerged: Bayer will now seek retroactive USDA approval to sell Liberty Link 601.
That may be of some help to American rice producers, who have seen prices plummet since Johanns' announcement. But it won't do much to boost their credibility, or the USDA's, with foreign customers. That will require a regulatory system that can be trusted to do what it claims -- under leadership that treats its customers' concerns with respect and candor, and discloses screwups without rationalization and delay.