Yesterday afternoon bicycology cyclists left en masse from the climate camp to establish a presence in nearby Selby town centre. The cops presumably thought we might double back, crash the main Drax gates, storm the control room, locate the big on/off switch and padlock it off. So they followed us closely all the way stopping at every roundabout to video us. Once in the town, we distributed subversive literature promoting sustainable lifestyles and also offering a Dr Bike workshop to fix the local people's bikes. Plenty of locals, especially kids appreciated this offer and the workshop was kept constantly busy for several hours. The cops continued their intimidatory surveillance tactics, initially with 5 police vehicles parked around the town square and several cameras. They finally realised that we weren't actually so much of a threat to national security. 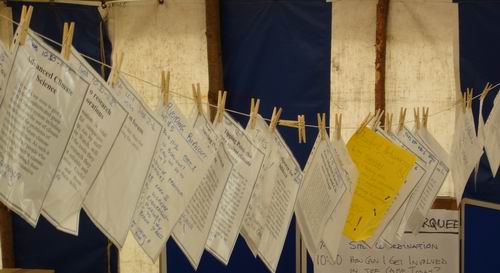 Some of the workshops to hang around 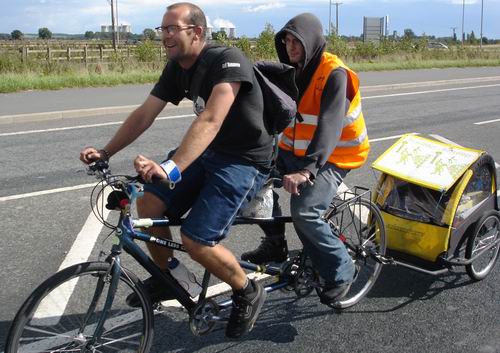 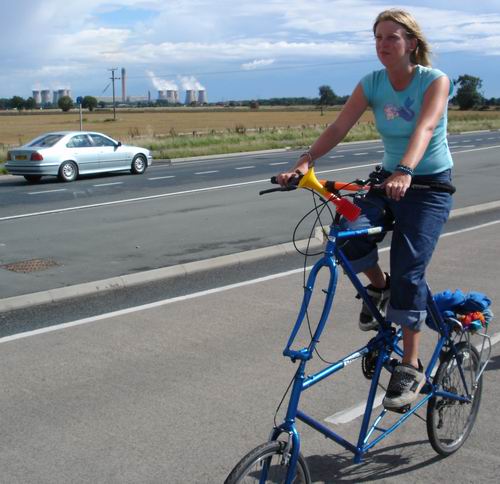 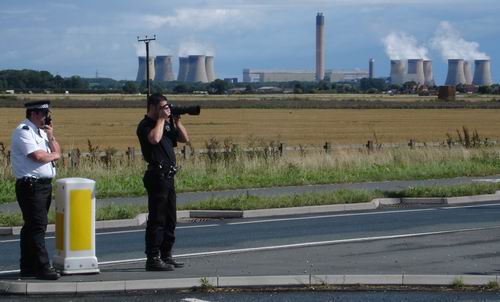 intrusive surveillance of us going into town 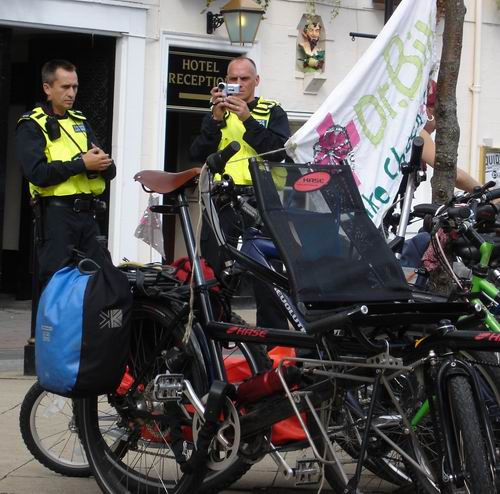 intrusive surveillance of us once in town 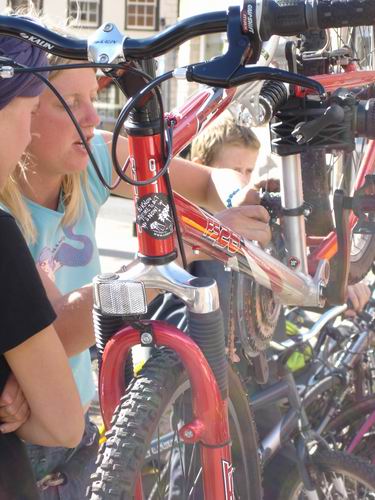 kids having their bikes fixed 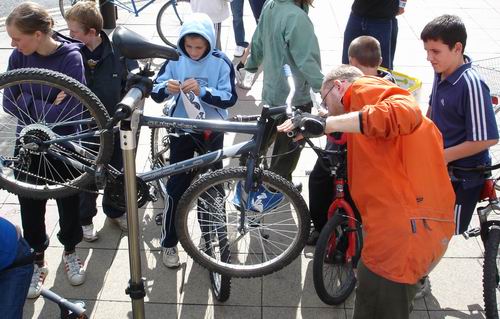 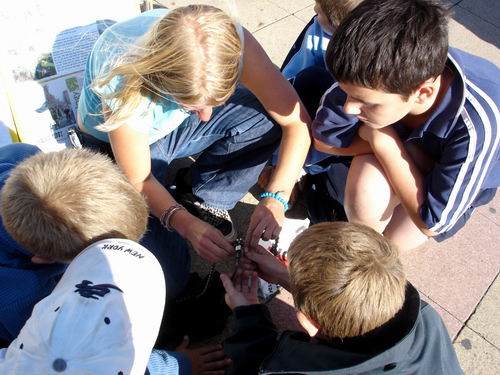 being shown how to join a chain

Glad you got there OK. Don't scare the rozzers too much!