some activists meeting police in the morning, being searched and followed by police. description of extent of section 60 area around here. 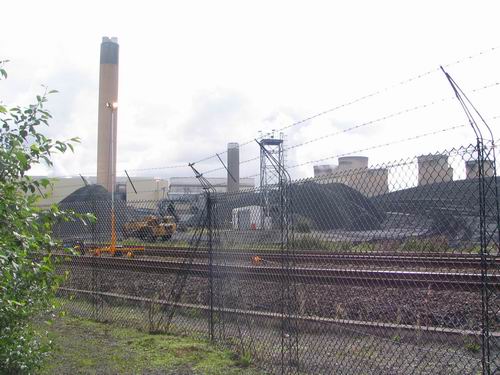 Drax coal and spotlight for activists 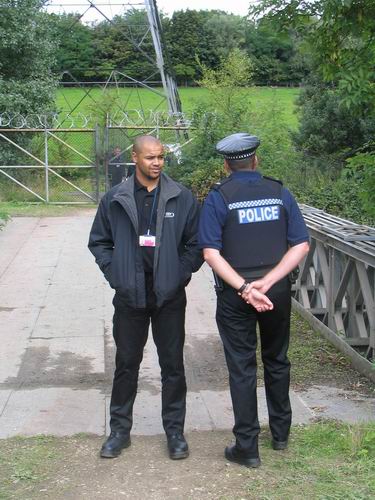 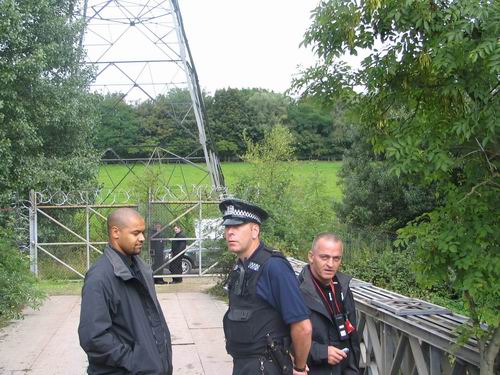 ...and preparing to walk us off

this morning some people left the camp to explore how to get to drax. 5 minutes after having left they have been searched under section 60 (parking lot of nature reserve thingy - barlow common). section 60 currently exceeds a huge area around: southern selby, fairburn, nottingly, eggborough, little smelton, balne, carlton, newland, drax and long drax, hemingborough.

several of the people who have been left did not give their name and birthdate, not too bad. however, they send two cops to walk with them on their way to drax. at junctions on the path (Dismntd Rly) further police was waiting. several cars each.
four cops followed them through Ash Spring Wood where they arrived at the coal heaps of drax. over there police was working together with drax's private in-security guys. (you wouldn't want to meet latter in a pub.)