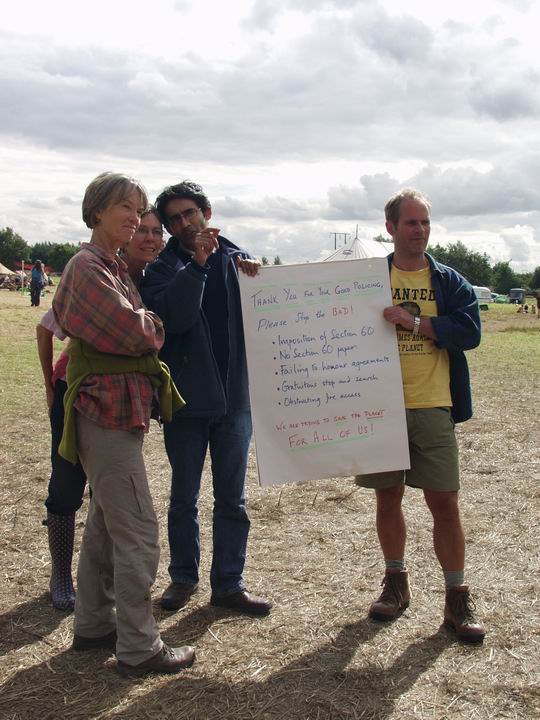 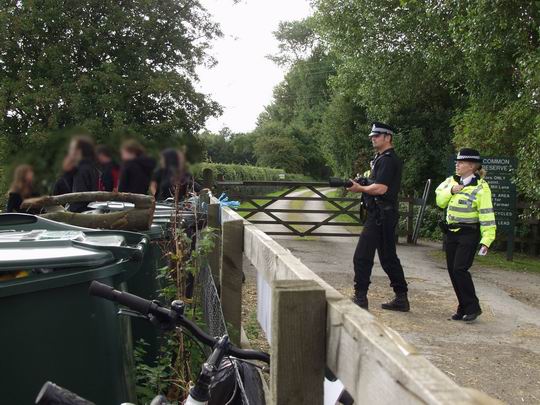 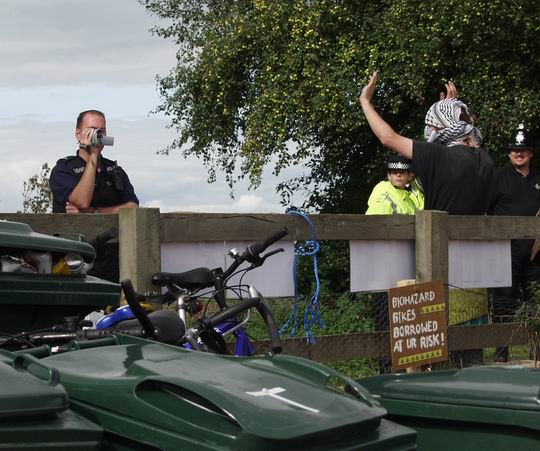 At around 2:40 today there was a request by the police to re-enter the camp.

The previous day (29th) at 11:15 three police entered the camp in the morning via a negotiated walk about, agreeing not to enter peoples tents, workshops and other camp infrastructure, with no camerars, escorted by legal observers and alt. media monitoring. After this walk-on, there were two other unscheduled visits on the camp by the police. The police had not negotiated re-entering the camp. These unscheduled visits made many participants feel that the camp needed a reponse/s to address these police visits, particularly as the last one was upped to four police on site.

The visit today by the police at 2:40 was met with a peaceful but strong reaction by camp participants. Banners were brought, whilst people and the samba band gathered at the front gate. Very soon after more police gathered in the form of police video and photo crew.

At around 3:45 climate camp activists raised a giant rainbow banner across the main gates to prevent the police watching and filming activists and participants of workshops on site.

Later on, at 4.30, police left the front gate. People remains vigilant to any further police attempt to disturb or re-enter the camp.

more from the gate... 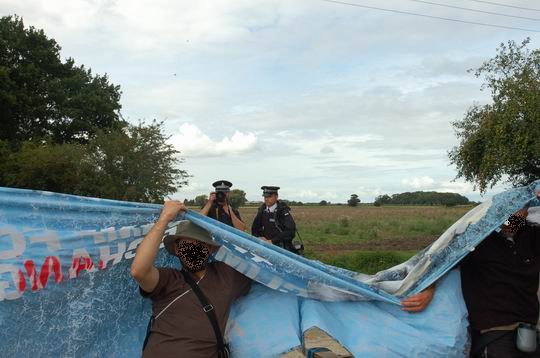 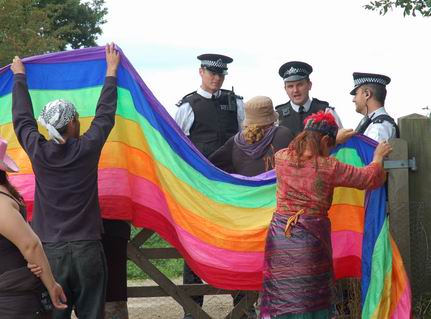 Also this afternoon, in response to intimidatory police cameramen at the main gate, some campers decided to try blocking their view with colourful banners.