Nablus -- Four Palestinians were killed, one of whom was a 15 year old child. Another 25 were wounded during Israeli raids on the city of Nablus on the 26th of Nablus. 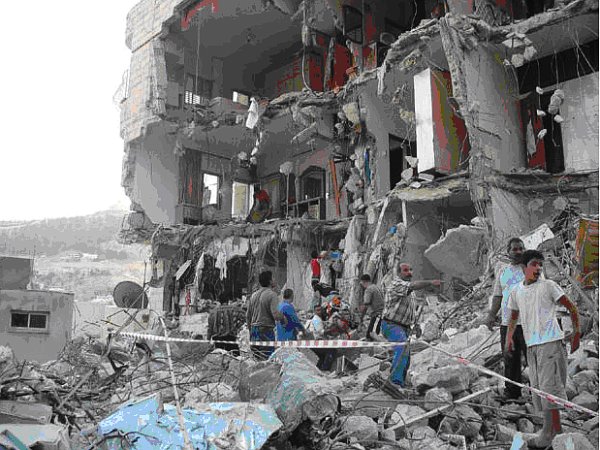 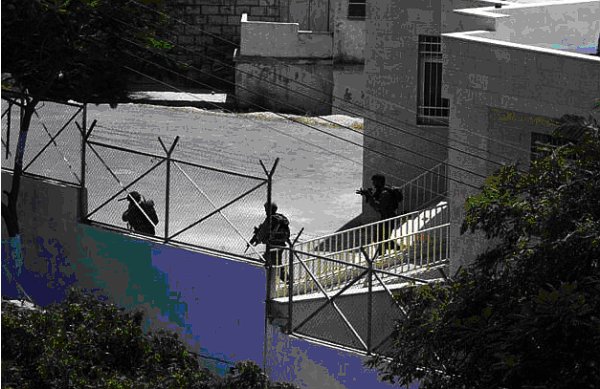 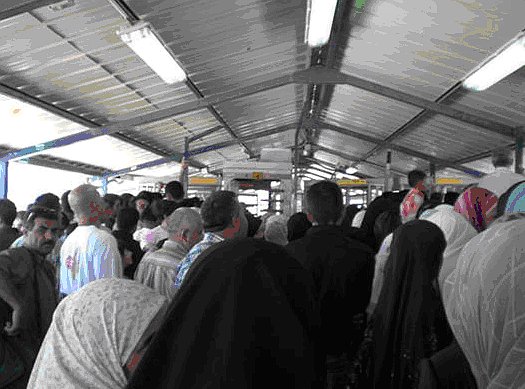 A normal day at Huwarra checkpoint 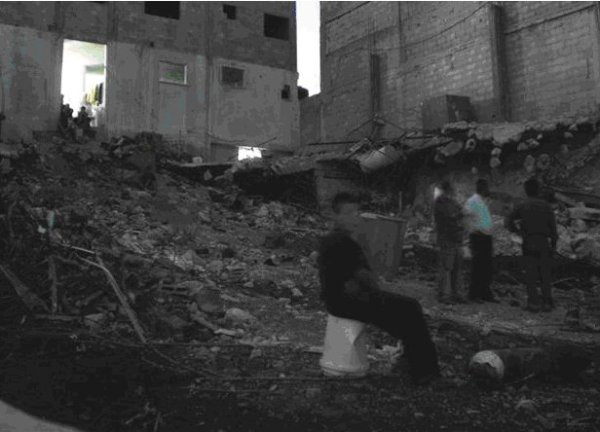 Ruins of demolished residential building in Aksar, 12th of august in the late in 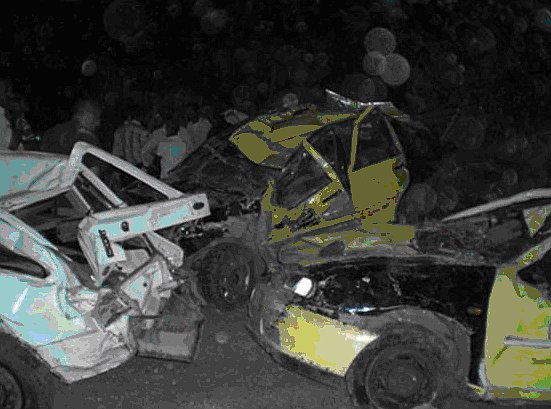 The destroyed taxi’s, the only Money source of the families who were living in t

On the 26th of august, Israeli forces raided Nablus at Saturday morning.
At 2:15 AM the IDF ordered the evacuation of the Lubbadeh residential apartment block. Within 5 minutes all the inhabitants were evacuated, without any time to take along their belongings. The IDF claimed to be looking for two suspected militants, Sufyan Qandeel and Ameen Lubbadeh, who, according to the IDF, were hiding in the building. Neither of the men were residents there. The IDF did not conduct a search and proceeded to demolish the building. As part of the cordon and destruction of the residential building, they occupied the Jordani School across the road. According to local sources the school was used as barracks from which snipers covered the neighbourhood.

During the raid local minors gathered and threw stones, was answered with sharp gunfire by the Israeli forces. The incident resulted in the death of a Palestinian and the injury of 22 others, mainly minors. According to medical sources the 15 year old Muntasir Sulaiman Muhammad Ukah, from the Askar refugee camp was shot in the back by Israeli soldiers; probably while running away.

Israeli troops left the area after more than twelve hours. No militants were found and besides the human casualties, 6 cars were destroyed and 20 homes demolished leaving 125 people homeless.

On the 25th of august, two Palestinian workers were killed and three were wounded when Israeli occupation forces opened fire at their car in Nablus City.
Witnesses claim that Israeli troops opened fire at the car while it was trying to take the bypass which serves as a link between the military checkpoint Huwara and the illegal Israeli settlement "Bracha", south of Nablus City. The purpose of this bypass is to avoid heavy traffic at the checkpoint, as Huwarra is the main checkpoint to enter the city of Nablus.

Young men under the age of 35 and residents of Nablus are not allowed to leave the city via this checkpoint. People wait for hours on end in the sun just to be told that they cannot pass. Palestinians being beaten by Israeli soldiers there is an everyday occurrence. Students or people who work or live outside Nablus have to cross it daily. Medical sources identified the killed citizens as Jalal Deiriya, 24, from Deir El Hatab Village in Nablus province, and Qays Eshtayyeh, 25, from Salem Village in the province.

Israeli sources confirmed that the army has opened an investigation into the incident to find out the reasons behind the shooting.

Earlier, at the 12th of august, Israeli forces raided the New Askar Refugee Camp. At about 2 AM, the al-Nadi family building was surrounded and all its inhabitants were asked to evacuate said building. Over 30 members of the al-Nadi family who were living there had to wait in the street waiting for the unknown.

“They asked us to tell my brother to get out of the house. They said if we don’t tell them where he is, they will destroy the whole building.” one of the brothers said. “I told them that we know that he is in Ramallah working for the Palestinian intelligence. He’s not here.” he added. However, the Israeli soldiers insisted on their claims that he has just entered the building and did what they promised to do.

The Israeli army didn’t give the families time to take any of their belongings. The building was completely destroyed by bulldozers. The two taxi cars that were the only source of income for two of the families were also smashed. “How am I going to earn money now? They’ve taken everything from us.” The four families sat on the street after the destruction of their homes, trying to comprehend what’s happened to them and looking at their children who barely understood why all of this had happened.

Four members of the same family were arrested and released later that same day.
Also a woman died due to a heart attack after throwing a sound bomb on her house. She was over 70 years old.

Israel is clearly continuing its policy of de facto collective punishment upon civilians with family links to alleged militants. Such actions have already been documented by a number of NGO’s and are regarded as a crime of war under Article 33 of the 1949 Geneva Convention which states that “No protected person may be punished for an offence he or she has not personally committed. Collective penalties and likewise all measures of intimidation or of terrorism are prohibited…Reprisals against protected persons and their property are prohibited.”

The destruction of the house in the Askar refugee camp and Lubbadah civilian property constitutes a war crime as it violates Article 48 of the additional protocol to the same convention which states: “In order to ensure respect for and protection of the civilian population and civilian objects, the Parties to the conflict shall at all times distinguish between the civilian population and combatants and between civilian objects and military objectives and accordingly shall direct their operations only against military objectives."

In occupying the school the IDF also violated the first Additional Protocol to the Geneva Convention which states in Article 52.3 that: “In case of doubt whether an object which is normally dedicated to civilian purposes, such as a place of worship, a house or other dwelling or a school, is being used to make an effective contribution to military action, it shall be presumed not to be so used."

Some links: testimonies of locals……from Nablus and Askar refugee camp