Commander Deng Akol of the Sudanese People Liberation Army has announced that the SPLA's highest ranking woman, Kola Boof, will edit and contribute to a new poetry collection that will raise money to help victims of Darfur. 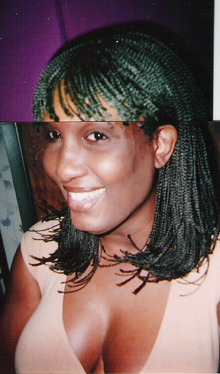 Just days after making international headlines in "Time" and "Harper's" magazine for being the alleged and mysterious former mistress of terror kingpin Osama Bin Laden, now comes word from SPLA Commander that Kola Boof will soon edit and contribute to a poetry collection that will be used to generate proceeds for Boof's favorite charity---Doctors Without Borders.

"The money", said Commander Deng Akol, "will go to campers in Darfur. Every cent goes directly to them."

The commander went on to say that although he and his organization are hesitant to speak ever of its members, and especially of the unconventionally famous Ms. Boof, he is very proud of her contributions over the years to the SPLA as a type of secret agent.

"Queen Kola is truly wild", laughed Athol by phone. "She is not like a normal woman, she does men's work. She went to Israel and met with Netanyahu. She got weapons for us that went to all the camps, Buoth, Waniek and Pariang. She was instrumental in the great Miuokda Sting. There were some problems, but she is a Sudanese at heart. She stands for the Dinka and Nuer people and has always proven that."

Though Kola Boof has claimed in her autobiography to have suffered sexism and lack of credit from her comrades in the SPLA, it should be noted that her poem "Chol Apieth" was used by the SPLA to memoralize its fallen leader, John Garang, at his state funeral in 2005, and that Boof has finally managed to win over a few of the men.

Boof's new book, "Chol Apieth (Black Is Beautiful): Poems for Sudan", will be released to coincide with a 12 city book tour in January 2007.