You’d have thought going out with some kiddie protesters and their parents was going to be pretty safe. But not when a simple march is policed by the London Met - in Yorkshire! 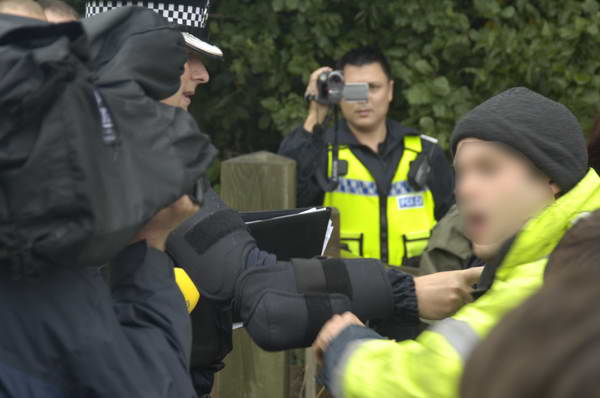 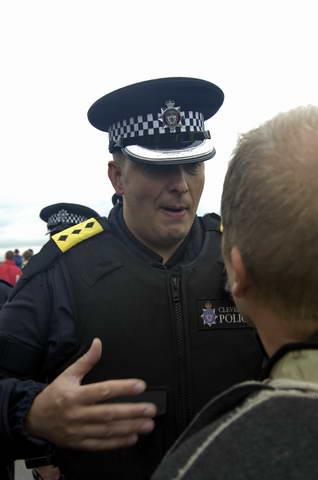 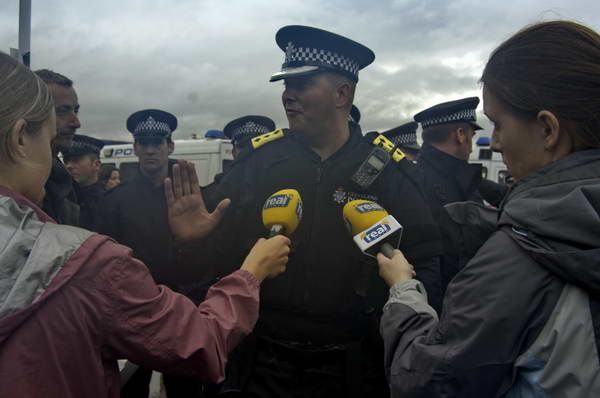 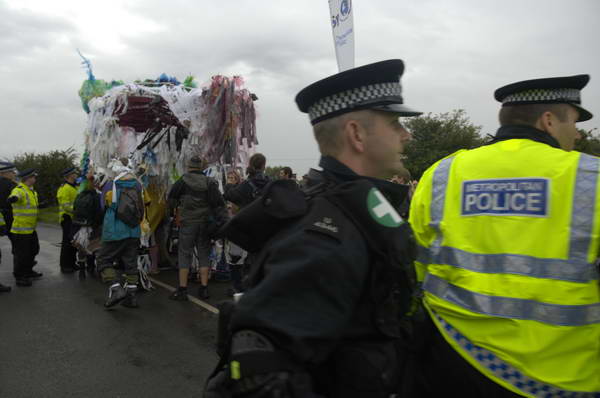 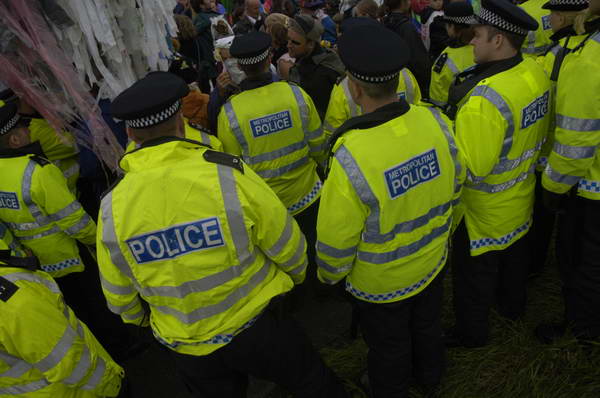 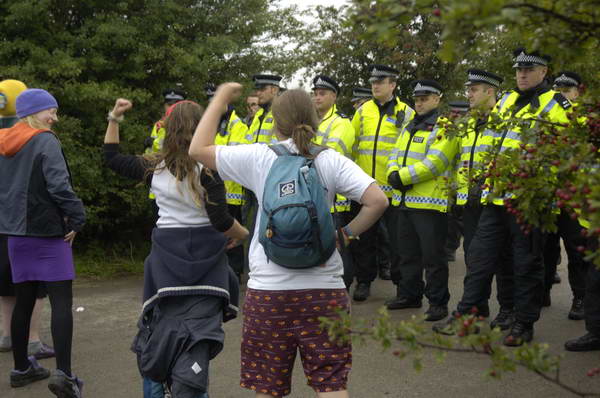 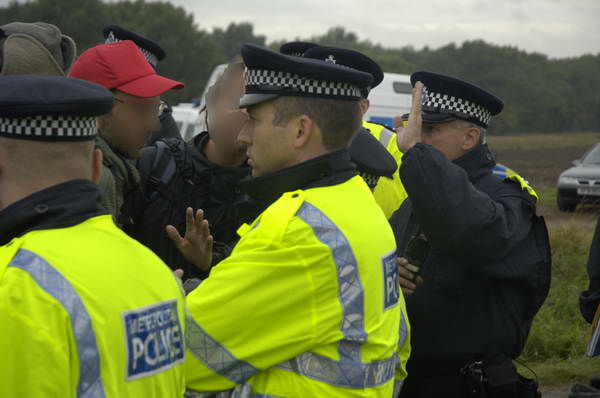 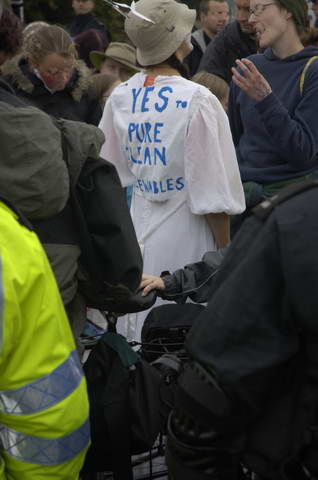 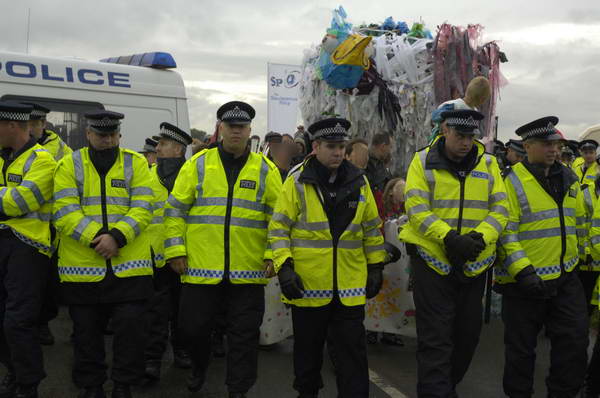 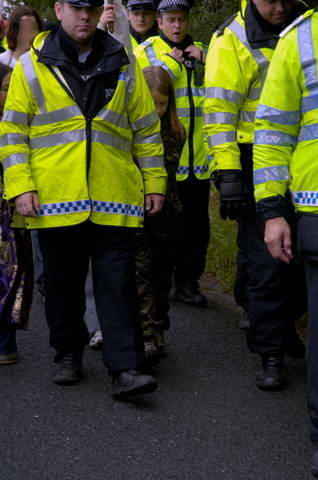 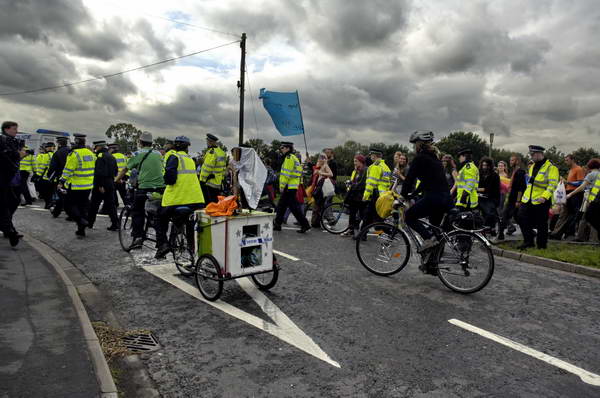 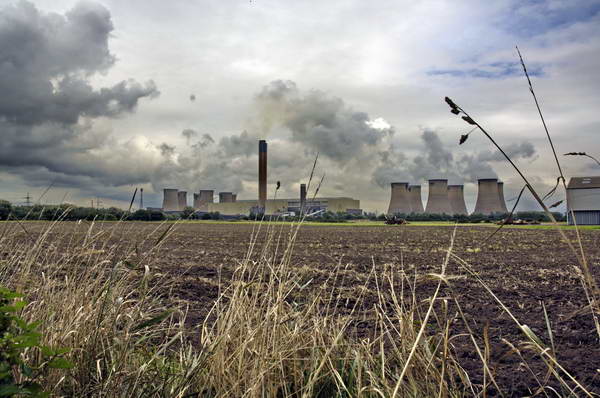 About 80 protesters (consisting of children and parents staying at the Climate Camp based south of Selby in Yorkshire) tried to leave the site to march to the official protest area at Drax Power Station, despite Drax having put up an injunction against the protesters.

Police tried to stop the protesters leaving the campsite by pushing back parents and children at the track entrance, which brought out the parents’ protective instincts, naturally directed against the senior police officer in charge.

Even moreso when the police expected little toddlers to do a six-mile round trip the long way, on busy roads instead of the short direct country roads that would have caused much less disruption. The Met eventually discovered some sense and started to head down the country lane, escorted on all sides by about 150 burly police officers. There was much confusion in the minds of the Met when they reached a junction that would lead them to the village of Camblesforth, a narrow single-track road that the police did not want the protesters to travel down, despite the helpful protesters getting the map out and showing the senior officer in charge the official route that had been agreed several days earlier with the police. The senior officer realised that by denying the protest access to the authorised route he’d be breaking the law, so he phoned his bosses and got them to break it instead.

The protest was now headed straight for the busy A1041, complete with lots of traffic heading toward Drax. The roads weren’t closed by the police despite the obvious safety hazard until the protesters finally refused to move until the police did close them. The Met officer in charge had yet again to get on his phone and get authorisation to stop the busy traffic. The protest, now on the A1041, had started to back traffic up to considerable levels - achieving far more than the protesters could possibly have wished for!

The protest was met by some of the Bicycology people who, attempting to deliver much-needed food and water to the protesters in Camblesforth, were prevented from doing so by the police. The Bicycology crew were racing around on their mercy mission looking for protesters who were on route and needed a nutritional top-up.

At first appearance it didn’t seem that the activists had much of a plan for Drax, but it was soon obvious that was clearly not the case.
En route to Drax other groups that had evaded police clutches emerged from the woods, all heading in the same direction.
The Camp itself was also very well organised, demonstrating “green power” with every scrap recycled.

intimidation and harassment of kids block

police surrounded us and hemmed us in with police vans at the front and back of the cordon. several people who were just walking were pushed into the cordon and kept there. we had over a hundred officers escorting us the entire route.

police ignored the fact that there were young children and wheelchair users and kept harassing us to keep moving and to move faster. they prevented bicycology from getting to us with food and water and complained when parents stopped to let children go to the toilet. they were brutal and intimidating and had no respect for us.

in addition to this we were told we only had the right to protest between 10am and 12, after which they would arrest us. this never happened but as the time neared 12 we were being kept on a road in the middle of the countryside, miles from camp and there was tension as we did not know what would happen.

there were several incidents of people being searched aggressively, being pushed by police and a woman had her two children in a bike trailer pushed into a hedge.