The last several weeks have been very intense. Many of you are familiar with my personal struggles at this time having lost my contact visits for the next year. But, that is a small story compared to what the last two weeks have been like at OSP. 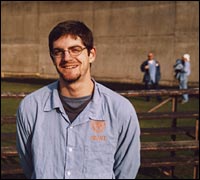 The Oregon State Penitentiary is Oregon's only maximum-security prison. It is a home to violence, drugs, and sexual assaults. Typically, OSP is deceptively calm, but underneath is a perpetual storm always capable of becoming a full-blown disaster.

Last Sunday the storm broke loose and so far shows no sign of letting up. It started with the brutal beating of a guard during the evening yard.

What needs to be understood is that many - though not all - the guards here are disrespectful and dehumanizing. They believe they are untouchable and therefore immune to repercussions. This doesn't mean they treat everyone like shit; a handful do, but usually they split somewhere down the middle. You know, while someone might be nice to you they aren't always nice to everyone kind of thing.

This is the underlying tension that constantly exists. It is the nature of any environment where one group has all the power and another none.

That night a modified lockdown was imposed. All blocks would only have one yard. In essence everyone would be on 22 hour a day lockdown.

But that would not be enough to stem the flow of blood. The next night an inmate was stabbed. Rumors circulated that he was a snitch.

The day after that a fight erupted in the chow hall. One a week has been the average for a while now.

Then on Wednesday night I watched a man die. He took his last gurgled breath less than 10 feet from me and then his heart stopped beating. I watched for twenty minutes as medics performed CPR and shocked him.

I felt nothing as I watched this man die from my cell, nothing as they pronounced him dead. Nothing when they put the crime scene tape around his body.

They left him lying in front of my cell for five hours, his body partially covered with his feet and the top of his head sticking out.

I was awoken and questioned by the police at 4am. I went to sleep with his stiff body just outside my bars. Turns out the man was strangled, homicide or suicide is still unknown.

Today I read in the paper the man was a child molester. He admitted to raping and using a foreign object on a girl younger than twelve. He was sentenced to eight years.

The night he died I felt nothing. Today I feel glad that he is dead. This is prison. I shower next to serial killers and sexual predators. I have alliances with people I'd fight on the streets. My best friend is a murderer and I love him like a brother (my parents love him too for that matter).

I walk with eyes in the back of my head. I seldom have anything to worry about but I never let my guard down. Every time I get a new cellmate I size him up and decide how I'd take him if I had to.

My friends watch my back and I watch theirs. No one deals with trouble alone. We joke about death. We laugh at the violence and suffering in here. It is a part of our daily existence. It has become part of who we are.

I can watch a man get stabbed in the neck and keep eating. I can pretend to not see a man lying helpless in his own blood (along with everyone else on the yard). And I can watch a man die and be completely unmoved.

Never let them get you down