The anti-war demonstration in Manchester on October 23rd was supported by a colourful and vocal ‘anarchist block’ with attendance from anarchist organisations and non-aligned anarchists from Manchester and across the county, at least 40 bodies in all. The block was called by the Anarchist Federation and Solidarity Federation, two of the class struggle anarchist organisations in Britain with international links. (Story continues after photos). 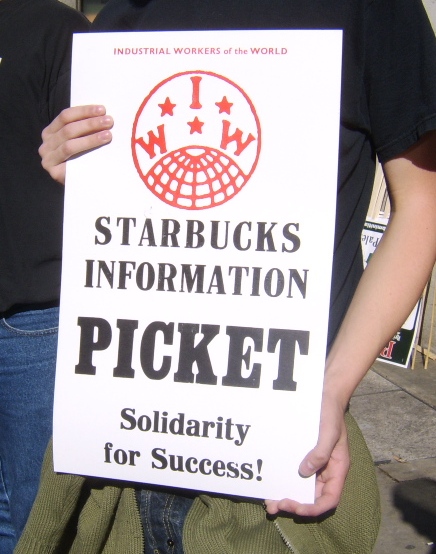 Placard from Starbucks picket. Keep up the boycott! 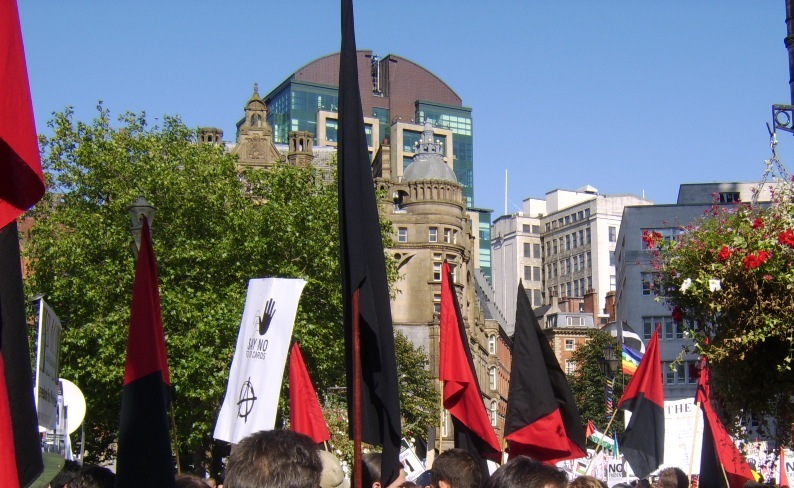 Anarchist flags on the anti-war march - red and black 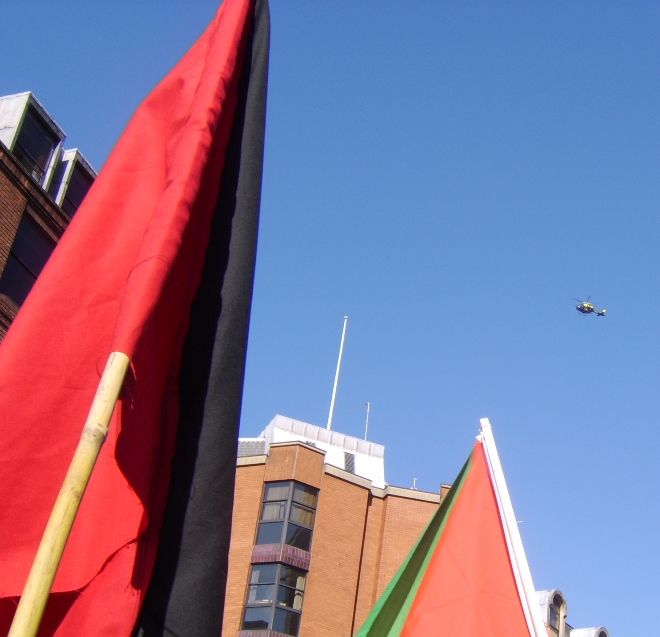 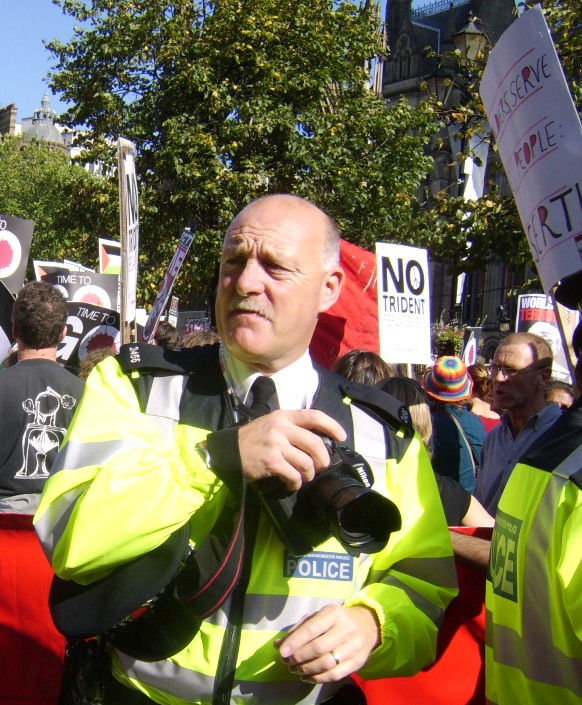 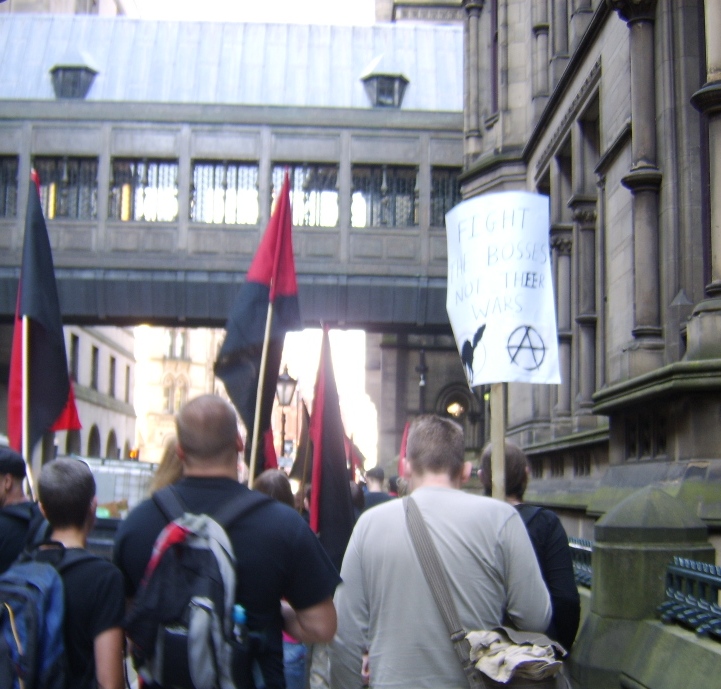 Fight the bosses not their wars - the only way to win

In the morning, prior to the demonstration, an International Workers of the World (IWW) union picket of Starbucks was well supported. This took place at the Starbucks next to Albert Square, and another branch, in solidarity with a ‘wobbly’ activist in New York who has been threatened with the sack for being involved with setting up a workers union to fight for better wages and conditions. It was great to find that many potential coffee-drinkers opted to go elsewhere on hearing the facts, and for most of the picket the Albert Sq. clientele seemed to consist mostly of cops and going to the loo and at times drinking, we believe, free drinks provided by the management.

In the Peace Gardens before the rally started, home-made banners encouraged soldiers to desert, and called for opposition to the tools of state repression like ID cards. More than a two dozen red-and-black flags, well known from the Spanish Revolution as a symbol of anarchist-communism and anarcho-syndicalism, flew high in the air. Also in the sky, a police helicopter droned on, while cops on the ground did their best to snap anarchist faces on camera, presumably to be used when they get tired of harassing other potential ‘terrorist’ suspects with the raft of new repressive laws brought in by this government. Haven’t they realised that governments, elitist groups and the capitalist arms companies who supply all sides for profit, are the real terrorists?

On the march, chants of “no more leaders, no more laws, no more lies and no more wars”, could be clearly heard. Or was it no more pies? Certainly “no Gods, no masters” was included amongst the other slogans that were shouted by anarchists that day. Who cares if the war is technically ‘illegal’ or not, wars are never in the interest of ordinary people. When we get rid of capitalism with its ownership of the Earth’s resources by wealthy minorities who force us to work for them, and nation states with their borders, armies and police forces, only then we will finally get rid of war. Unlike the terrorist tactics of groups who just want to take another form of power over our lives and impose a new set of rules, our refusal of work and mass revolt against all authorities are the tactics that will eventually win freedom and equality for all.