A call-out for a critical mass action happening on 9th October at midday under Waterloo Bridge to join in with the events to Sack Parliament. 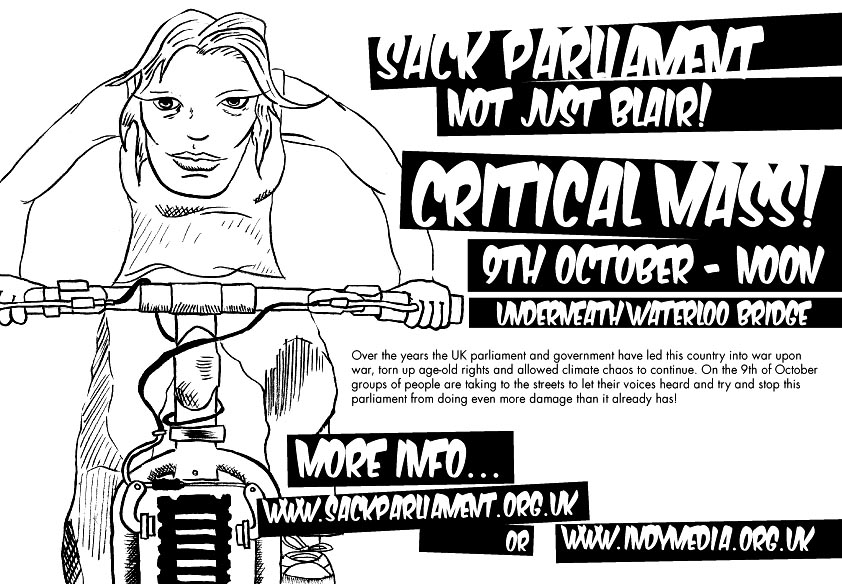 Over the years the UK parliament and government have led this country into war upon war, torn up age-old rights and allowed climate chaos to continue. On the 9th of October groups of people are taking to the streets to let their voices heard and try and stop this parliament from doing even more damage than it already has! Let's take to our bikes, take the streets and stop this war and climate destruction.

There will also be a mass blockade of Parliament on Monday October the 9th at 1pm sharp. Right outside Parliament. Further details here: