UNITY - the union of asylum seekers in Scotland is calling for everyone to come to George Square at midday on Saturday 7th October to call for better treatment for asylum seekers, refugees and migrants. 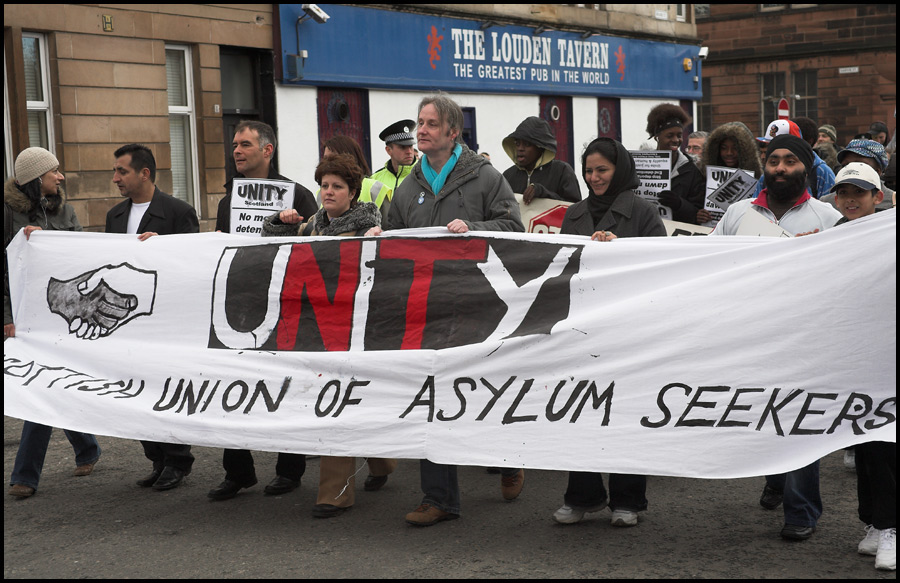 Images from the first UNITY demo in Glasgow - 8th April 2006 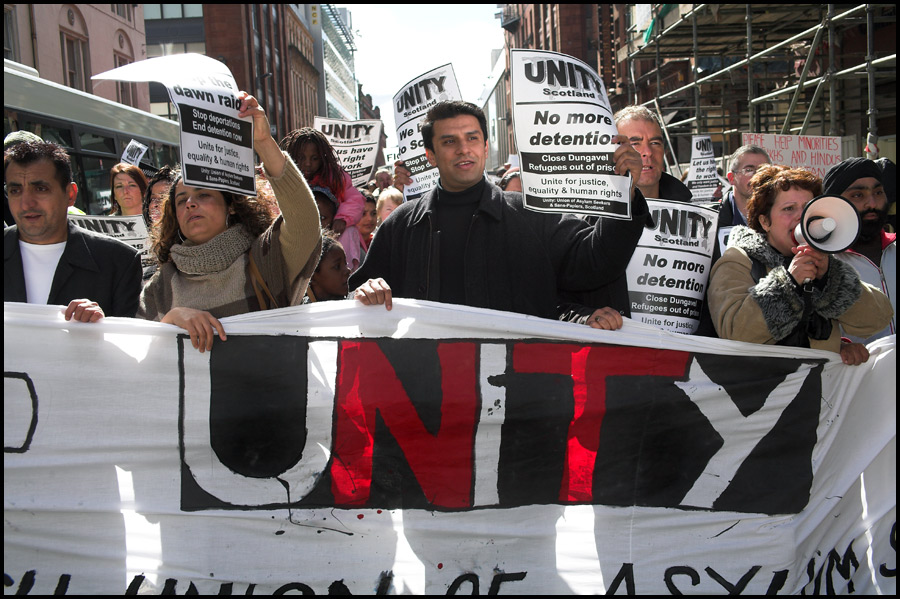 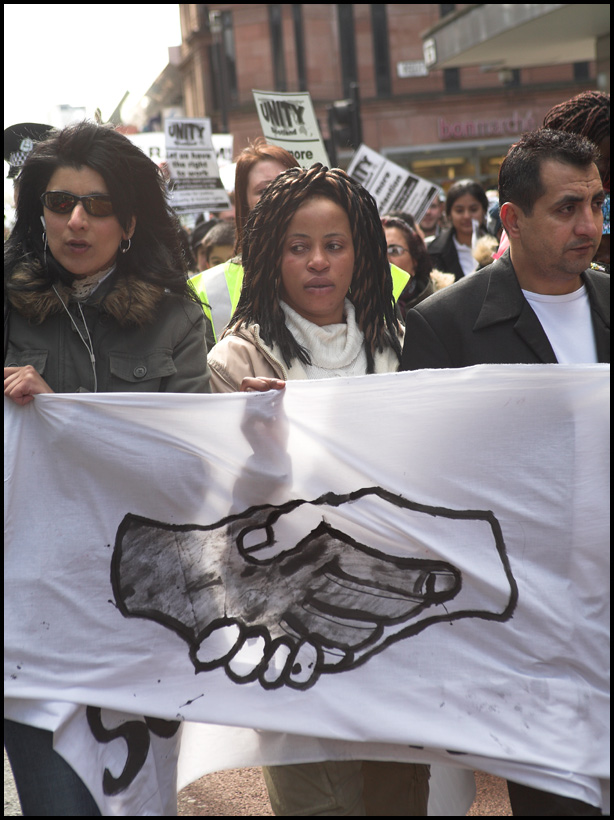 Many, many asylum seekers will be coming together to demand an end to dawn raids, an end to being treated like criminals and to be treated with dignity and respect. The day is shaping up to be one of the biggest rallies by asylum seekers in Scotland.

UNITY calls on everyone who is disgusted with the way in which asylum seekers are treated to come along.

We want these feeder marchs to be as noisy and as colourful as possible - so please make sure to come along.

With recent coverage of plight of asylum seekers in Scottish mainstream media the demo on Saturday 7th October is a major opportunity for ordinary Scots to show their solidarity with one of Scotland's most vulnerable groups as well as their disgust at the brutal way the government treats them.

Please circulate this and make sure to be there!