Young, naive but loud! A small band of Rhythms of Resistance Manchester sambistas walked right at the entrance of Midlands Hotel (where the labour conference delegates were staying) playing funky tunes and shouting antiwar chants. 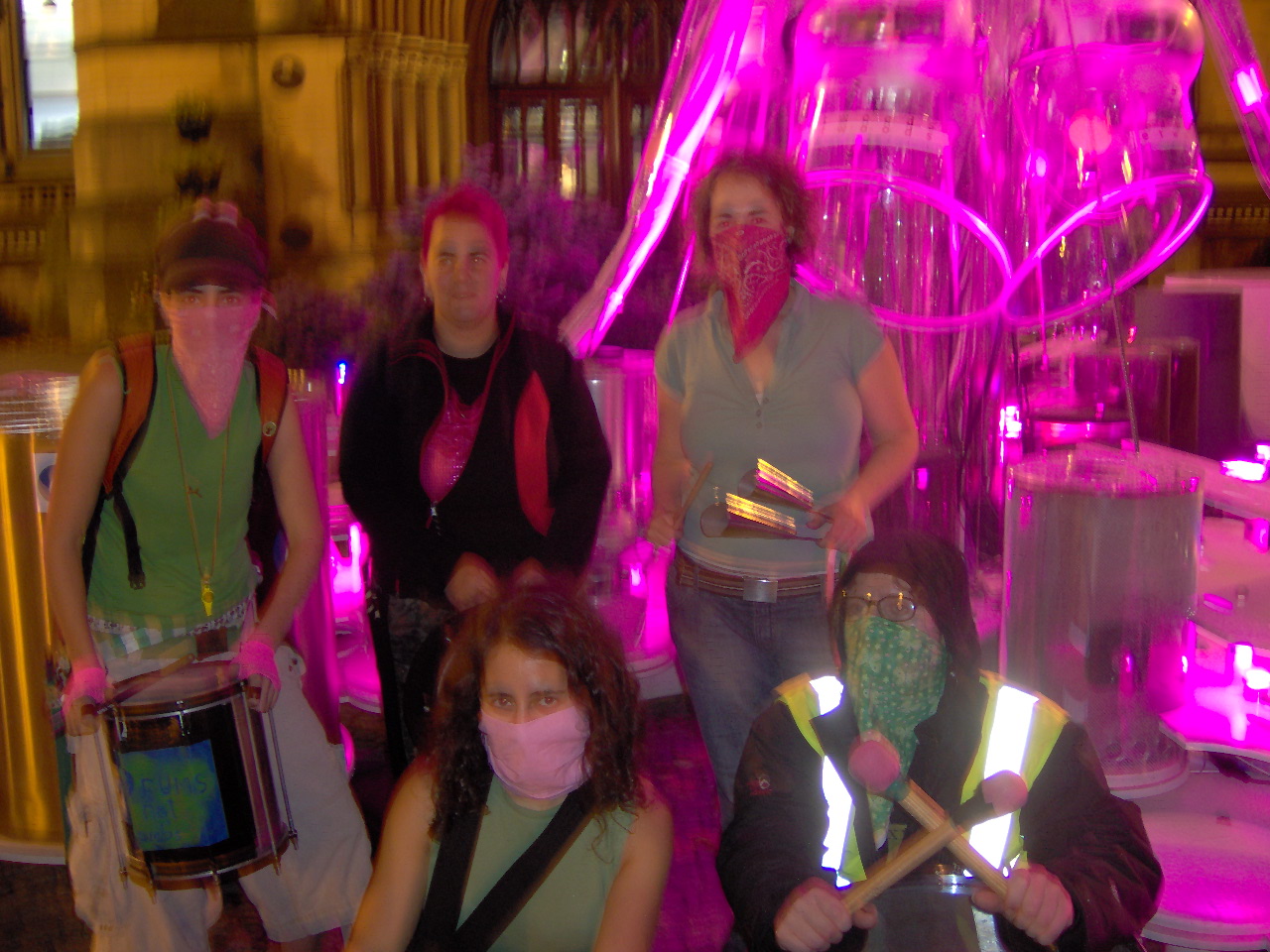 Despite the huge police presence the sambistas managed to pass their anti war message through samba, to the Labour Party conference delegates who were staying at the hotel. To the sambistas surprise some delegates clapped and others came up to them to state how they voted against the war - "obviously" as one of the sambistas replied "the vote was not enough to stop the injustice of war". It is time for action not voting!

The sambistas' aim, was to make an anti war statement and to remind the delegates, that the demand for peace does not finish with the end of the official anti-war march.

This was a spontaneous action by Rhythms of Resistance Manchester.