Voice of the American Atheist Resistance—From Behind Enemy Lines

I’ve been invited to give a lecture at Arizona State University (USA) this fall on evolutionary science and its uses in progressive activism. The version of the lecture I wanted to give turned out to be 4 hours long, so I recorded that version in 13 tracks and posted it on my website for free download at www.newbookforanewworld.com/lecture. 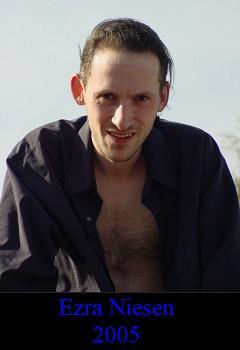 I’ve been invited to give a lecture at Arizona State University (USA) this fall on evolutionary science and its uses in everyday life, personal empowerment, civil rights, and world peace. The evolutionary origins of human behavior is a gigantic topic, however, so the first version of my lecture, which covers the topic adequately well, turned out to be over 4 hours long. So while I’m trying to figure out how to condense it without leaving out anything critical, I recorded the 4 hour version and posted it on my website for free download. You can also read the text version there. (www.newbookforanewworld.com/lecture)

In 1987, during the height of the Cold War, some scientists began studying human evolution specifically, to try to figure out why human behavior had turned so self destructive. They’ve made monumental discoveries that could be used to bridge the gaps that divide every group of people in the world. Unfortunately, the application of their discoveries to society would be completely incompatible with our current political and economic systems. As a result, their discoveries are being largely ignored, at best, or at worst, are being turned against the public in a futile effort to support our dysfunctional political and economic systems.

Human evolution is the soil that every progressive grassroots movement is planted in, because every progressive movement (including the animal rights movement, in an abstract sense) is attempting to make society serve humanity better in one way or another. The fact that we are all evolutionarily equal members of the same species proves that, indeed, all people are created equal. Now the science finally exists to show in secular terms based on observable evidence exactly -in what sense- all people are created equal.

Since human evolutionary science studies what everyone in the world has in common and where their differences originated, and does it in a way that’s unbiased to any religion or culture, that makes it the ultimate weapon for civil rights activists and international peace activists.

A big reason laws, police, and the military seem so necessary to so many people is because people of different groups can’t understand what people of other groups are thinking, doing, and trying to do. That makes people of various groups feel threatened by each other. To this point, “might makes right” is the best solution a lot of people have found to try to keep themselves safe from each other.

All human behavior revolves around the attempt by the individual to preserve the survival of his or her DNA by the most effective means perceivable to him or her. This is the fundamental principle of evolutionary psychology. Unfortunately for us, our perceptions are easily led astray, because they didn’t evolve to deal with life in the modern world. That’s why it’s proved so easy to build economic and political systems on ideas that people wrongly perceive to be true, and it’s proving so difficult to change the course of our political and economic systems away from self destruction and toward compliance with physical reality.

Or to put it another way: Supply is ruled by the laws of physics, but demand is a product of human psychology. Any political or economic system that ignores that discrepancy—or even, depends on it—is doomed to destroy itself. While it is much more difficult to adapt human psychology to the laws of physics through education, it is critical to political, economic, cultural, and environmental sustainability.

If we are ever going to build a peaceful, sustainable global community, we are going to build it on what everyone in the community has in common already, and not on the continued misperception that one culture is inherently better than all the others. The one most fundamental thing that everyone on Earth is guaranteed to have in common is human evolution.

So just to prove it could be done, in one four-hour lecture on human evolution, I show how it can be used to help unite the workers of the world, build a global dual power system, defeat religious fundamentalism, defeat Western imperialism, defeat capitalism, end war, win civil rights, win indigenous rights, win gay rights, win gender equality, win religious equality, win cultural equality, combat police brutality, and save the environment. (Like I said, the application of human evolutionary science to society is completely incompatible with our current economic and political systems.) Now that anyone with an internet connection has the power to learn and to spread important information throughout the world, conceivably, all these things could be done by teenagers who currently are too young to vote.

(I know it sounds likes I must be exaggerating. Evolutionary psychology is extremely valuable to small groups of materially wealthy people—which is why I'm broadcasting it to everyone in the world.)