It is no coincidence that the Welfare to Work measures have been imposed alongside the new workplace relations laws, because they go hand in hand. The industrial legislation is designed to force workers onto individual contracts that will rip up wages and basic conditions. Having no choice but to accept sub-standard jobs, the unemployed, single parents and the disabled will be used to undermine the conditions of all workers. 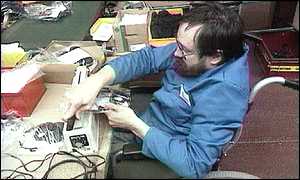 The Australian government’s “welfare to work” measures, which came into effect on July 1, are so draconian that leading church-based charitable organisations have refused to participate in a key program.

Prime Minister John Howard’s attempt to recruit them to implement deeply unpopular welfare policies has erupted in bitter recriminations, with the churches denouncing the government for demanding that they carry out its “dirty work”.

The Welfare to Work program represents a drastic escalation of the assault on social welfare that both Liberal and Labor governments have mounted over the past 25 years. It is having a cruel impact on the lives of the most vulnerable and impoverished layers in society.

For the first time, single parents with children are being forced to try to find work for a minimum of 15 hours, and disabled people are also being compelled to look for jobs. Severe penalties are being imposed, stripping entitlements off those who fail to pass the “work test”.

One of the most punitive measures is to deny unemployment benefits to single parents and disabled people for eight weeks for breaching job search rules. About 4,000 of the estimated 18,000 people to suffer the eight-week penalties each year are being placed on “case management” programs. The government pays their essential bills, supposedly to prevent them and their children from starving, being evicted from their homes, or having their powers, phone or water services cut off.

The government had been planning to contract these programs out to charities, which would organise the payment of food and household bills, and provide financial counseling. Charities would be paid $650 for each case-managed person. Many church-based charities would be able to impose moral judgments such as whether funds could be used for cigarettes and contraceptives.

While welfare “breaching” penalties have existed for many years, single parents and the disabled were exempt, and three breaches were needed before benefits could be withdrawn. Penalties can now be imposed for so-called first offences, including dismissal from a job for alleged misconduct.

So far, 40 small charities have signed up as case management contractors, but most of the large welfare organisations have refused to take part. The Anglican Church has joined Catholic Social Services Australia, the Brotherhood of St Laurence, the St Vincent de Paul Society and the Uniting Church in boycotting the regime.

Anglicare Victoria chief Dr Ray Cleary said: “We exist to support people—to teach them skills and offer them resources and guidance to engage with their community. We do not exist to ‘mop up’ after failed government policy. We will not be part of a program that blames disabled people, the mentally ill and other marginalised groups for their lack of engagement and punishes them so severely.”

Catholic Social Services had originally decided to take part through four of its centres, but pulled out after a few weeks. Australian executive director Frank Quinlin said: “We believe that our participation in this program may well have compromised that direct relationship which we have with those who are the most in need, because we’d be increasingly seen as the policemen and administrators of a harsh government policy.”

Human Services Minister Joe Hockey cynically accused the churches of turning their backs on the poor. “When charities ... say they don’t want to participate, they don’t want to help the most vulnerable people in the community because they disagree with the policy of the government, I think many Australians would be very disappointed.”

Likewise, Peter Saunders from the right-wing “free market” Centre for Independent Studies, wrote a column for the Australian claiming that the welfare agencies were “mounting their high horses and galloping away”. Perhaps unintentionally, he underscored the government policy of shifting responsibility for welfare onto charities. “For Anglicare to complain that claimants should not be forced on to charity is spectacularly to miss the point of its own existence.”

Saunders warned: “[T]hese welfare organisations should reflect on the long term relationship they want to have with the government. Ever since the Job Network was launched, they have been cosying up to Canberra, running contracts for employment services and making pots of money as a result.”

It is true that many churches and charities have supported the main thrust of “welfare reform” and played a central role in implementing it, reaping rewards in the form of substantial government contracts. Most have embraced the official agenda, on the specious grounds that the most disadvantaged layers must be “encouraged” to “participate” in society.

Their boycott is a revealing reflection of the deep hostility that exists among broad layers of people to the retrogressive attacks that have been imposed on the most disadvantaged members of society. The churches clearly fear that their involvement would compromise their public standing.

Breaches that can cause instant withdrawal of payments include refusing a “suitable” job offer, resigning without a good reason, and failing to participate in “work for the dole”. Now that the Howard government’s “Work Choices” industrial relations allows employers to dismiss workers with impunity, many workers will find it impossible to prove they were not dismissed for misconduct.

In 2001-2005, 3,800 no-payment penalties were issued, but this figure is expected to increase nearly five-fold to 18,000 over the next four years. The Australian Federation of Homeless Organisations has warned that up to 14,000 people could become homeless.

The Welfare to Work measures are designed to force more than 200,000 benefit claimants into cheap labour and “work for the dole” schemes, paving the way for the abolition of welfare altogether.

Income and assets tests are also harsher. Pensioners can only earn $31 a week before their income is cut, compared to $62 a week on previous benefits. Parents will lose an additional $12 in earnings per child. Through these cuts, the federal government will altogether gain over $1 billion, according to the Australian Council for Social Services (ACOSS).

A National Centre for Social and Economic Modelling (NATSEM) analysis found that people would be hit by effective marginal tax rates of up to 75 percent. If a person earned $195 for 15 hours work on minimum rates the government would claw back $111 through tax and income tests on benefits.

Newstart applicants also have to wait as many as 13 weeks before receiving payments. If they have “liquid” assets above $2,500 for a single and $5,000 for a couple, they must wait a week for each $1,000 over these limits, up to 13 weeks. This will force them to spend what little savings they might have.

Newstart recipients are required to look for up to 10 jobs per fortnight. There are also 50,000 additional “work for the dole” schemes. The long-term unemployed will be forced to work 25 hours a week on these schemes for 10 months of the year.

It is no coincidence that the Welfare to Work measures have been imposed alongside the new workplace relations laws, because they go hand in hand. The industrial legislation is designed to force workers onto individual contracts that will rip up wages and basic conditions. Having no choice but to accept sub-standard jobs, the unemployed, single parents and the disabled will be used to undermine the conditions of all workers.

The never-ending drive to push down wages and living standards will result in the financial ruin and impoverishment of significant sections of Australian society. While the poorest will be the most severely hit, many more will be affected directly and indirectly.