The "New Anti-Semitism" (by Latuff)

Copyleft artwork by Brazilian cartoonist Latuff, on behalf of the brave Palestinian people and their struggle against U.S. backed IsraHell's occupation and state terrorism. 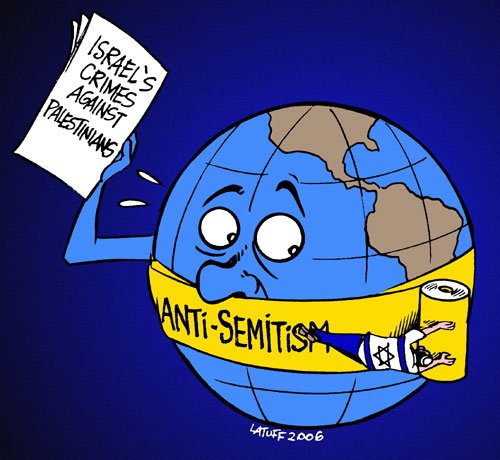 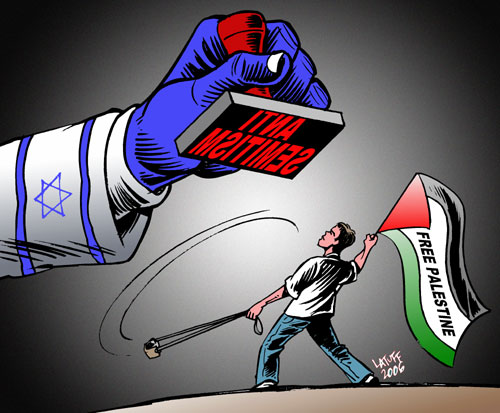 "Whenever Israel faces a public relations debacle such as the Intifada or international pressure to resolve the Israel-Palestine conflict, American Jewish organizations orchestrate this extravaganza called the 'new anti-Semitism.' The purpose is several-fold. First, it is to discredit any charges by claiming the person is an anti-Semite. It's to turn Jews into the victims, so that the victims are not the Palestinians any longer. As people like Abraham Foxman of the ADL put it, the Jews are being threatened by a new holocaust. It's a role reversal – the Jews are now the victims, not the Palestinians. So it serves the function of discrediting the people leveling the charge. It's no longer Israel that needs to leave the Occupied Territories; it's the Arabs who need to free themselves of the anti-Semitism."