In this article, we are collecting news on what happens in London during the "Transnational Day of Action Against Migration Controls".

13:00 Demo is assembling in a small park near the Imperial War Museum. Around 250 people have already turned up so far.

13:35 Demo is well on its way, with at least 500 people now, many families amongst them. The police is very low-key. Reports emphasise the mixedness of the crowd. "Justice for cleaners" have brought a banner of the Transport and General Workers Union. The noborders london banner demands "freedom of movement for all". Barbed wire Britain calls to "end detention centers for immigrants". The no sweat campaign is there as well as the Black African Minorities group and many people with smaller placards saying "no one is illegal" or "open borders". Lots of Latin Americans are walking at the start of the march, there is a banner of the Latin American Workers Association. Socialist groups are shouting slogans. At the back is "the autonomous lot" with a pink noborders banner. The march ends with an anarchist banner stating "The state is the only terrorist."

14:30 The march has reached London Bridge, it is finally publicly visible. Lots of people on the pavement are receiving leaflets or engaging with those on the march. Many people are taking pictures. Someone has spotted the group "Southhall Black Sisters" with their banner.

14:40 They stopped to visit Becket House, an immigrant reporting center. The whole march flowed down to Becket House. A letter was handed in to the reporting center and received. Activists described in speeches what is happening there. Immigrants have to sign on regularly. Often, people who go in are not coming out and are deported instead. This was compared to the situation in a police state. A manifesto was read out and translated into spanish, as the Latin American group was probably the largest on the march.

14:55 The only sign of policing so far was at London Bridge, where the "Forward Intelligence Team" (FIT) turned up with their big cameras and took pictures of specific people. At the end of the march, the noborders and anarchist groups are chanting "no borders - no nations - stop deportations".

15:32 The march is winding up in Tenner Park now. There are more speeches, each group has 5 minutes to say something. A band from Bolivia is playing. It is a picnic atmosphere, people are hanging out, talking and chatting. Most speakers refer to the fact that this march probably signals the starting point of a new movement here in the UK, for the rights of migrant people, for the freedom of movement and against deportations. Many have also pointed out in a very positive way the diversity of people and groups participating in the march. 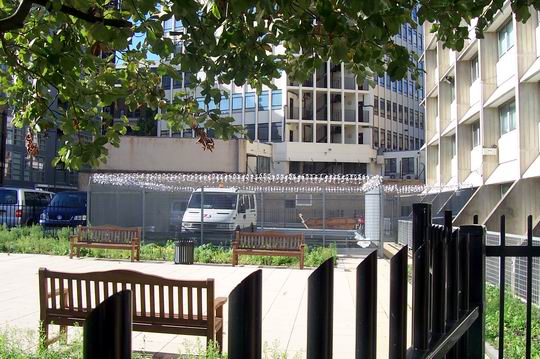 Back entrance of Beckett House... 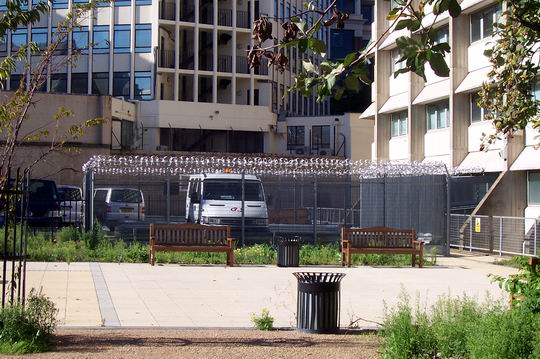 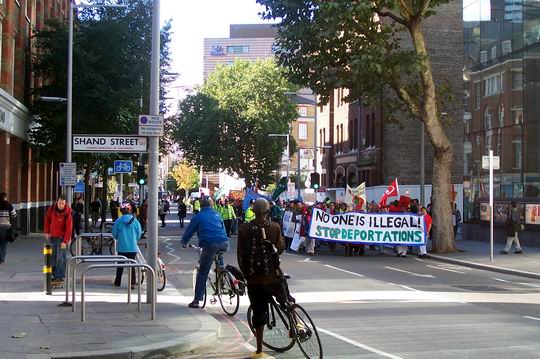 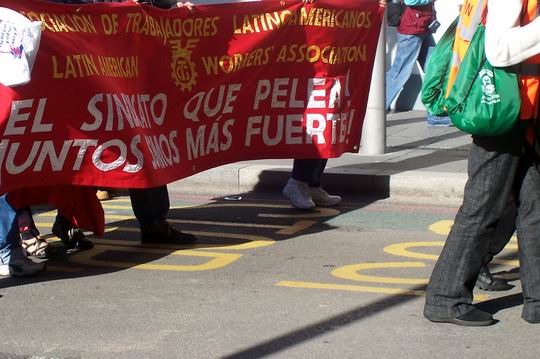 These photos were taken as the march made it's way from Beckett House to Tower Bridge Road.