Over 500 people marched in London today as part of the Transnational Day of Action Against Migration Controls. The march was loud, colourful and had a festive atmosphere. But probably, one of the most positive aspects of the demonstration, was the diversity of people and groups that came together to defend the rights of migrant people, for the freedom of movement, against deportations and border controls ... maybe this march signalled the starting point of a new movement here in the UK. 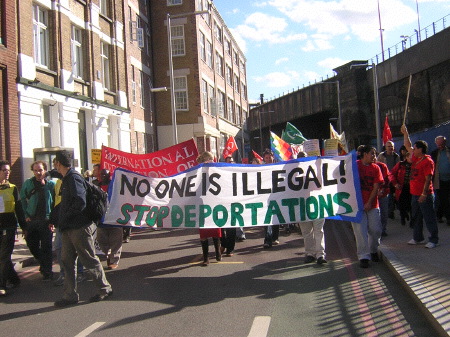 The front banner of the demo, behind which there was, amongst others ... 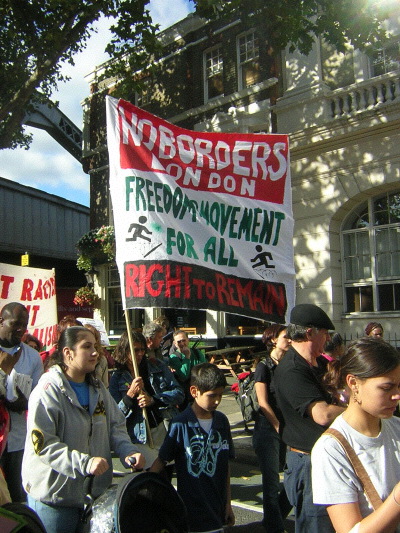 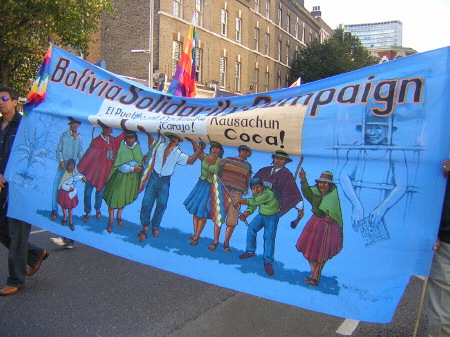 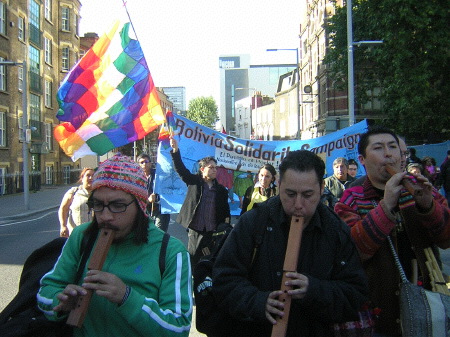 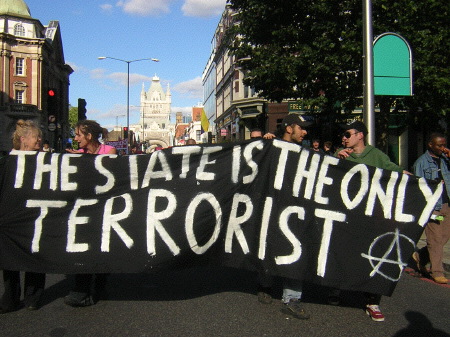 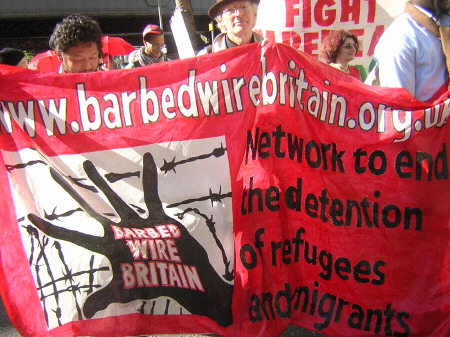 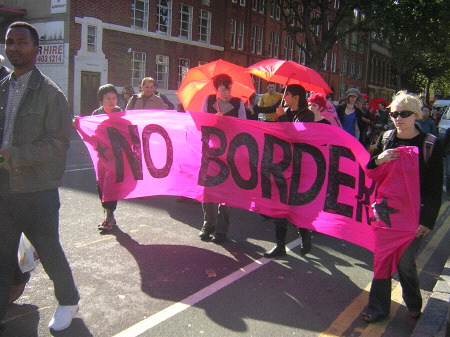 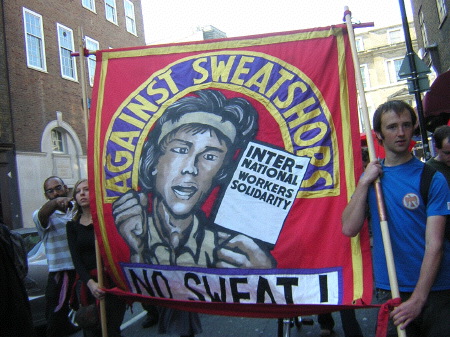 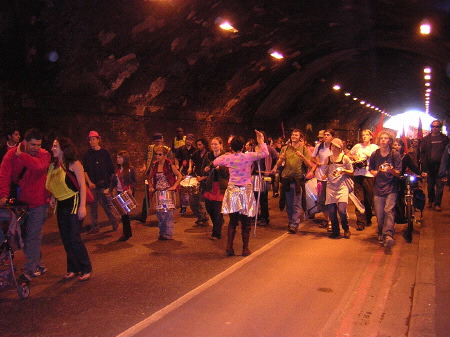 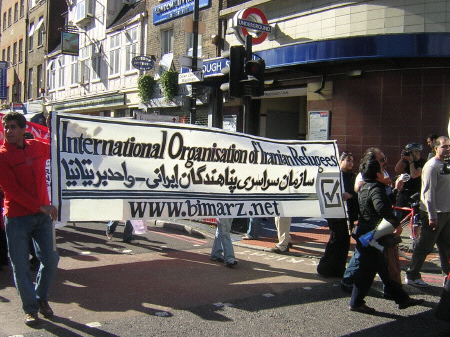 ... the International Organisation of Iranian Refugees ... 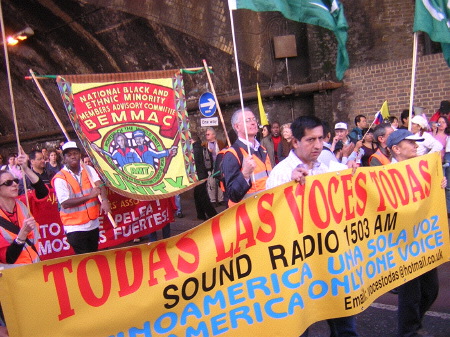 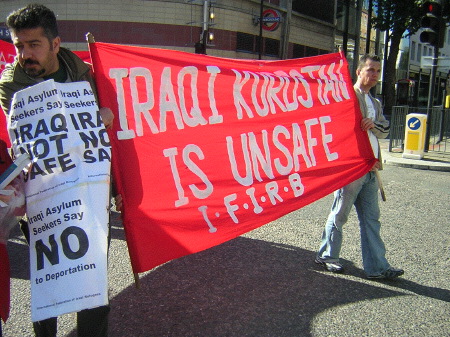 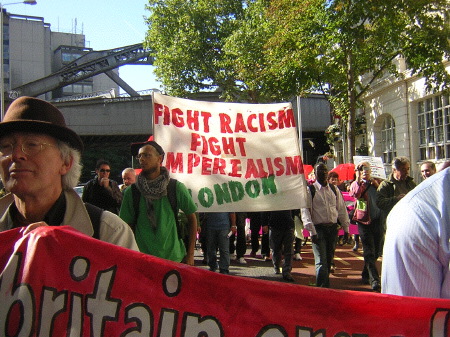 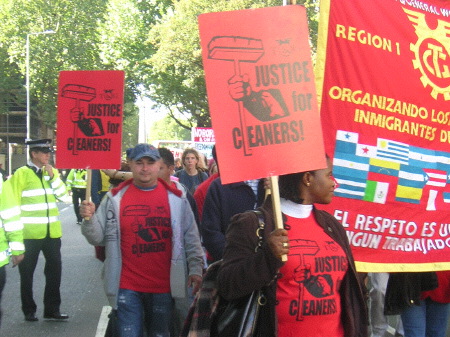 ... the Justice for Cleaners Campaign ... 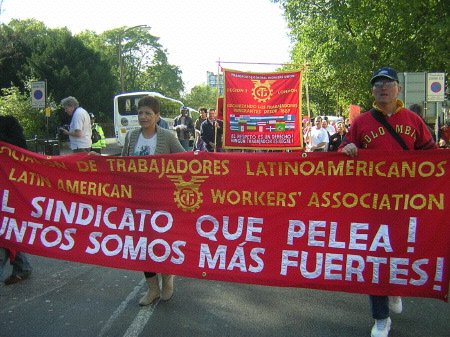 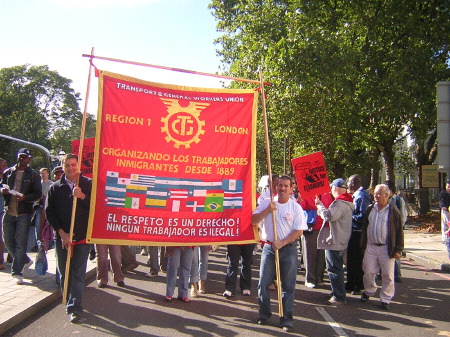 ... the Transport and General Workers Union ... 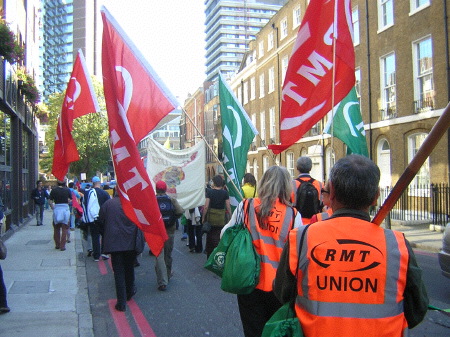 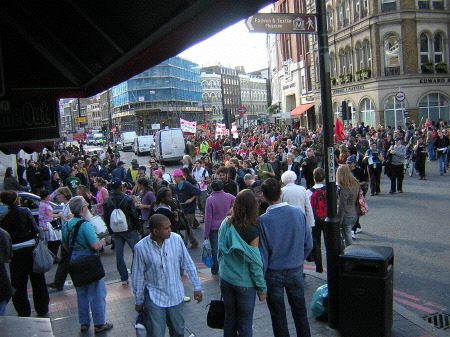 General view of the demonstration at London Bridge.

But then again, along the march there was also some darker spots 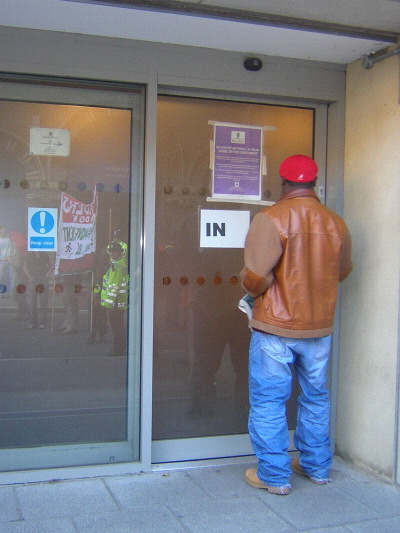 The Becket Hs Reporting Centre where refugees are forced to regulary report ... 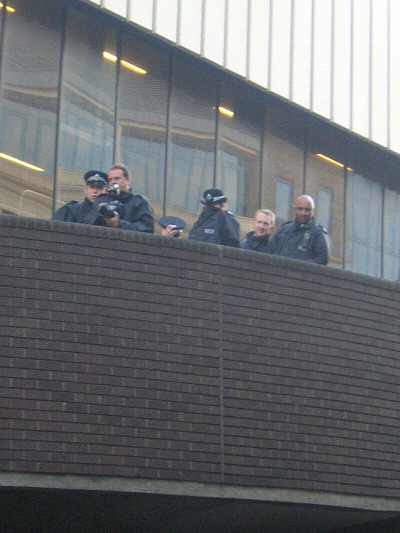 .. and the ever present police FIT team gathering ... ehem .. "intelligence".

Beckett House was the main focus of the march...

Go and see for yourself...

Here is the hidden infrastructure of barbed wire britain