These posts are from a Brighton based activist spending part of October in occupied Palestine with the International Solidarity Movement, a network of international activists set up to support Palestinian non violent resistance agaisnst Israeli occupation of Palestinian land. In these posts I will be writing short accounts of aspects of the occupation and resistance…

In October I will also be trying to foster grassroots links with grassroots organisations in the Jordan valley region, the most fertile area of the West Bank in danger of annexation by the Israeli state suffering from exploitation by Israeli and international corporations... 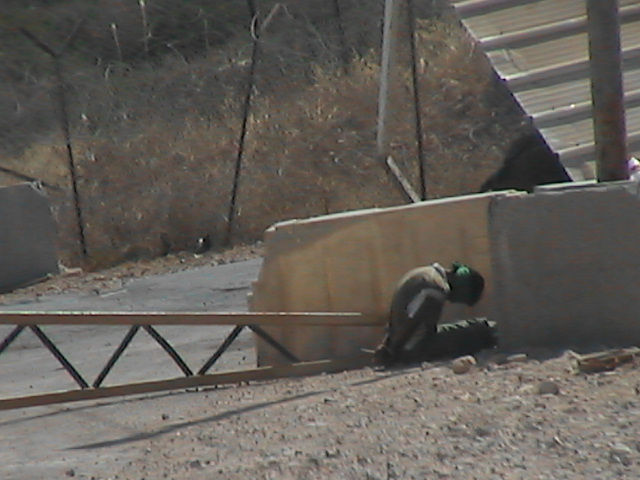 This is not Guantanomo... 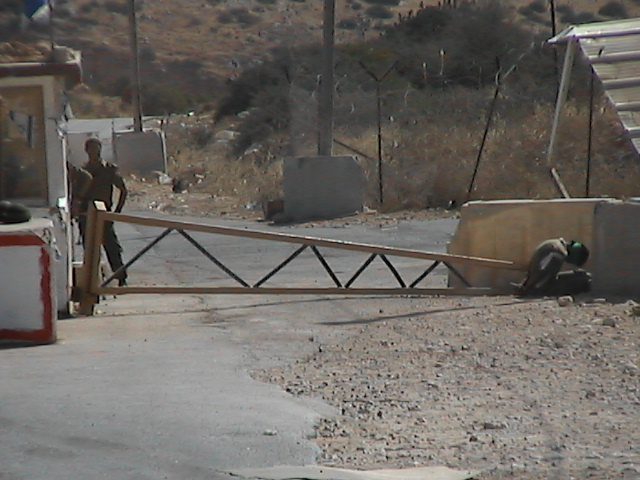 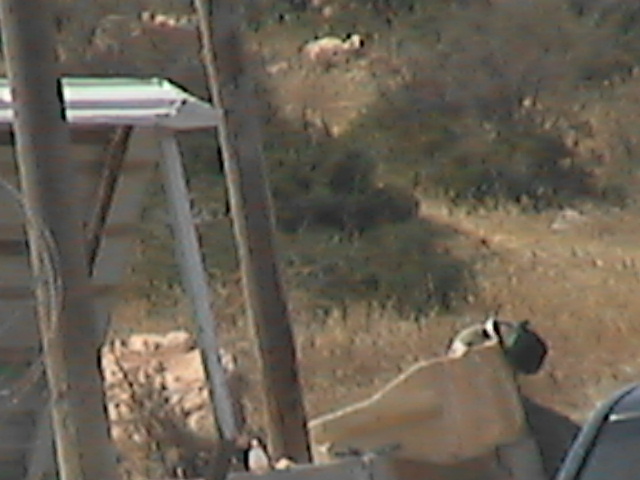 Moved into the Direct Sun 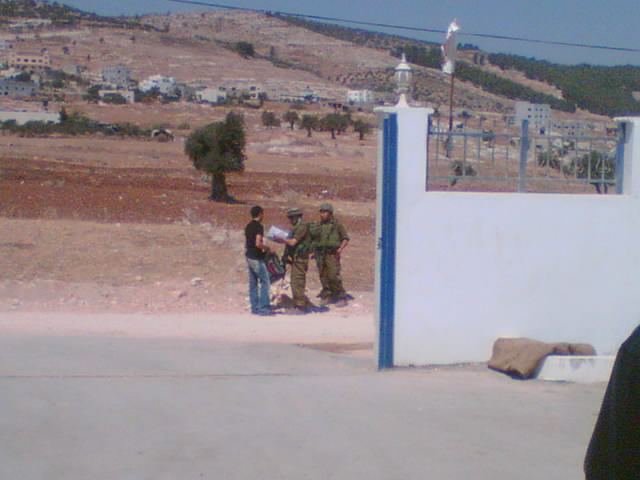 Israeli Soldiers Chgecking IDs outside the Red Crescent in Tubas 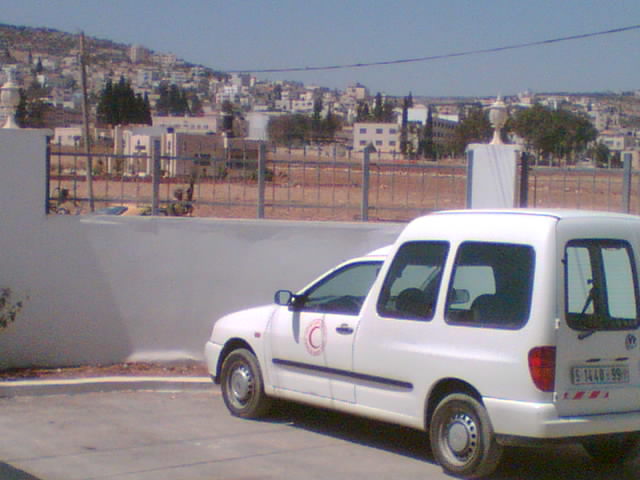 Causing disruption to patients trying to get medical care 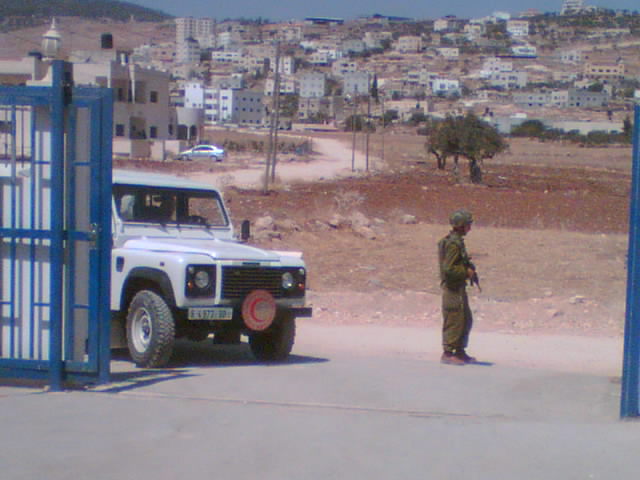 In the Occupied West Bank

The paramedics at the branch told us of how Israeli checkpoints and closures made it impossible to give their patients proper care. The road from Tubas to Nablus has recently been reclosed by the Israeli army lenghtening the 20 minute journey to up to an hour and a half.

The paramedics also work shifts in the Jordan Valley. Israeli closures mean that the Jordan Valley has very little medical care because of the limits on numbers of Palestinians with permits to enter the valley.

The first three photos show a man blindfolded in the hot sun at Al Tayasir checkpoint in the Northern Jordan valley. Tayasir is notorious for delay on Palestinans travelling through. Only Palestinians who have a house in the Jordan valley can travel through the checkpoint. The number of Palestinians residing in the valley is decreasing as there has been a ban on the building of new structures in all but two areas since 1967, the majority of Palestinians in the valley live in tents or clay structures.

This depopulation of the valley serves the Israelis well as a majority of the farm produce from Israeli settlements in the West Bank comes from the valley (60% of one companies exports reach the UK).

Al Tayasir is choking Palestinian agricultire in the valley as farmers have to reload their produce onto new vehicles at either side of the checkpoint. In contrast illgal Israeli settlers can export produce to Europe within 24 hours.

In the pictures below the detained man is moved out of the shade into the direct sun by Israeli soldiers.

The second set of pictures show the IOF setting up a checkpoint outside the Red Crescent primary health centre in Tubas. The soldiers chhecked the IDs of patients attending the centre and delayed them receiving medical care. When the health workers compained the soldiers retorted that they were 'lucky' that they were standing outside the centre grounds.