As anti-war and other campaigners gathered to give a P45 to the MPs, the MET police also gathered, outnumbering those brave enough to turn up and protest. Of course protests are now effectively banned under SOCPA legislation, and the police used force to both disperse and corral protestors. Several have been arrested and several injured including an NUJ photographer taken to hospital with worrying injuries,

Below are some thumbnails of pictures published by some of the main picture agencies to give you an idea of the event and the media reporting. Higher size and resolution pictures are available online, 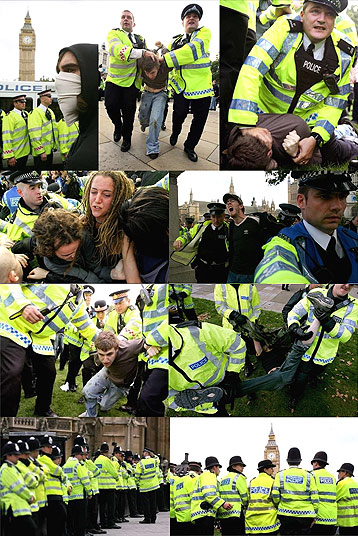 Pictures are from AFP, AP, Reuters 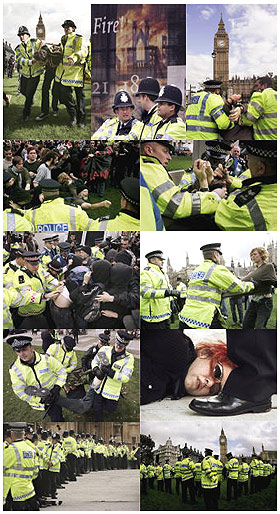 In total they have Getty Images have 28 pictures online:

For note the 'This is Local London' website is now reporting 38 arrests: