Pictures from this afternoon's demo in Parliament Square, London, and some brief comments. 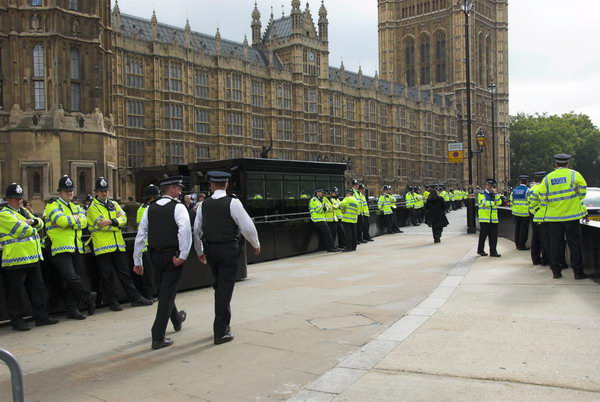 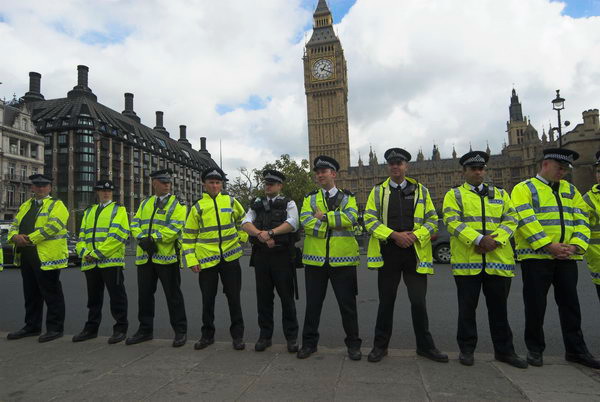 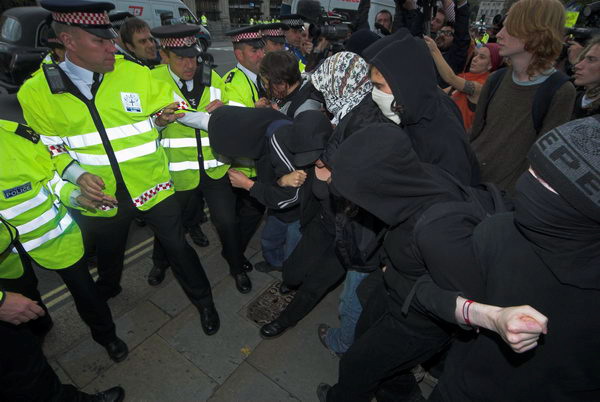 Just after the initial attempt to breach the police line 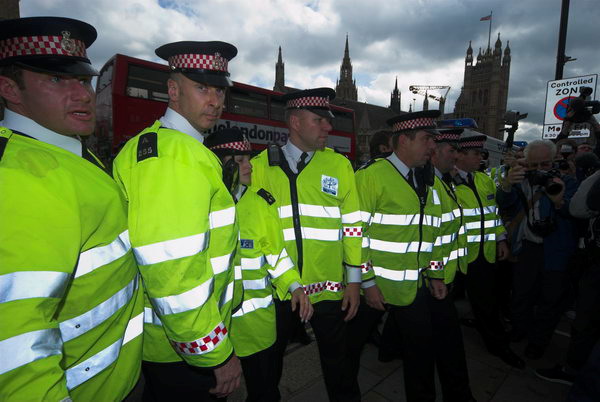 The police face the demonstrators 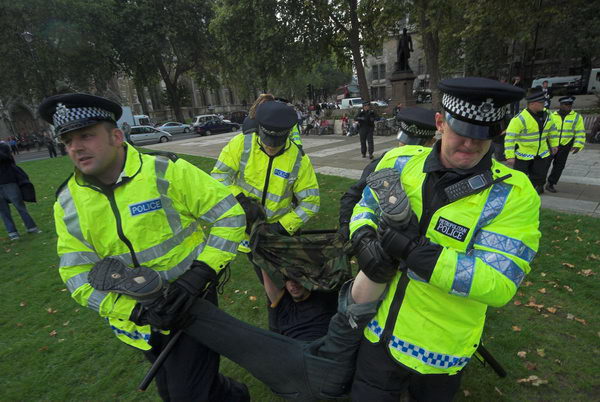 Police carry one demonstrator away 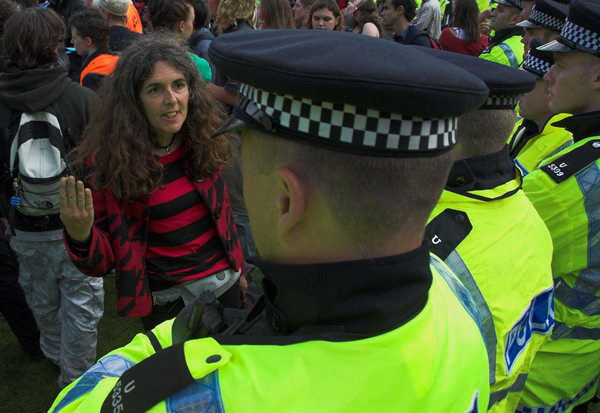 This woman claimed she had no connection with the demo 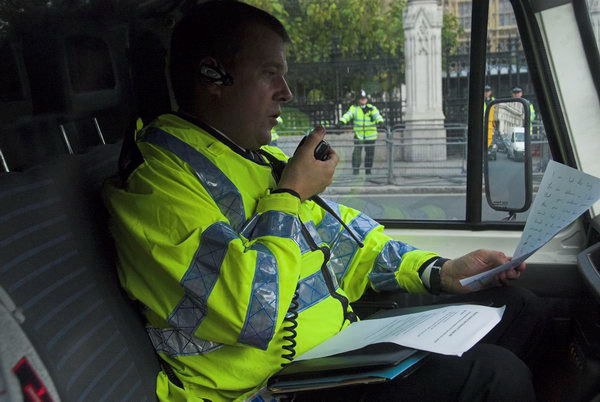 Supt. Terry reads his message telling people they will be detained 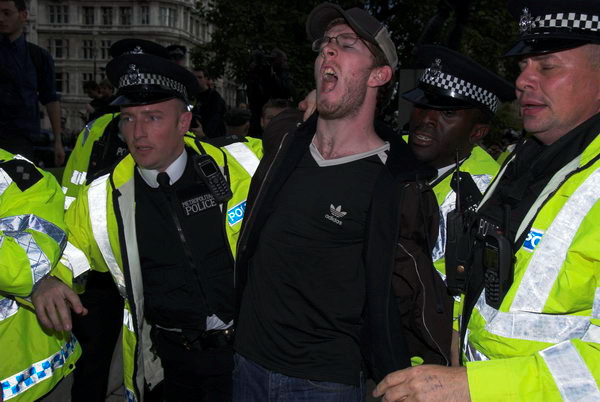 One of the arrests made outside the corral

As well as this 'Sack Parliament' demo, the usual protests in Parliament Square by Brian Haw and others were continuing. The turnout for the demo (except by police) was so poor that the police gave them a little help by setting on a few people who looked vaguely punk who were in the square and adding them into the corral. They also arrested a number of people who were just standing around and may or may not have had anything to do with the actual demo.

I was very pleased to hear that Marc (the photographer) had been allowed home from hospital. Unfortunately I didn't see the assault on him, but I hope witnesses will be found.

Despite there being so few demonstrators, the media coverage of this event has been very extensive. I will post a fuller account of the afternoon and many more pictures on my web site in a few days time.