Just before 5:30pm tonight, amid rush-hour traffic, a group of protesters lined up outside a city centre shell garage to play samba and alert passers by to the situation in County Mayo, Ireland. 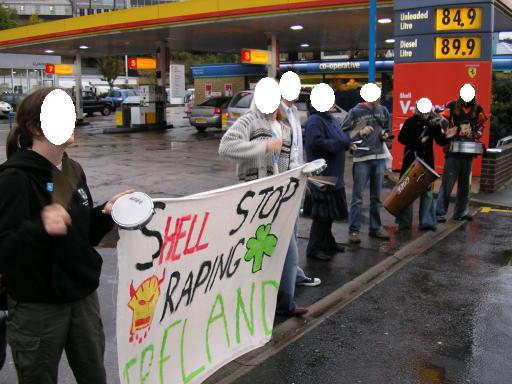 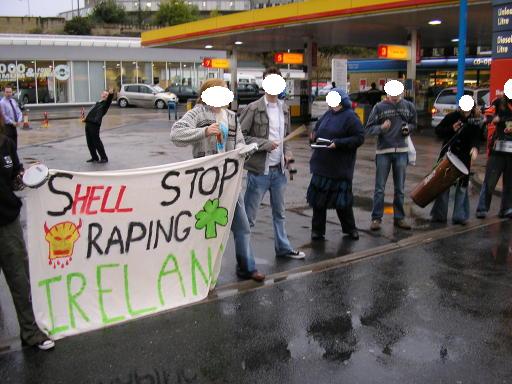 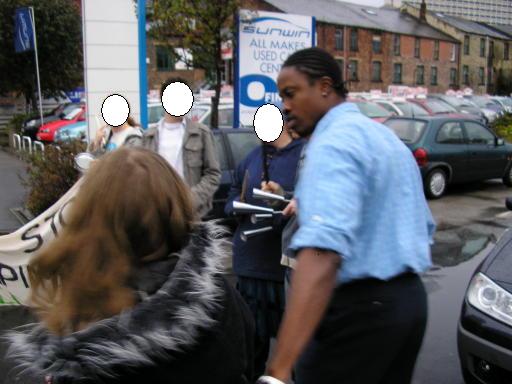 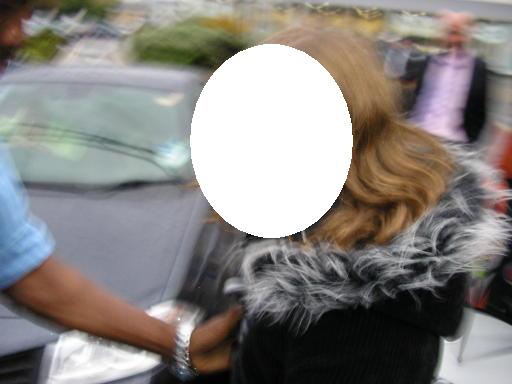 Close up of assualt 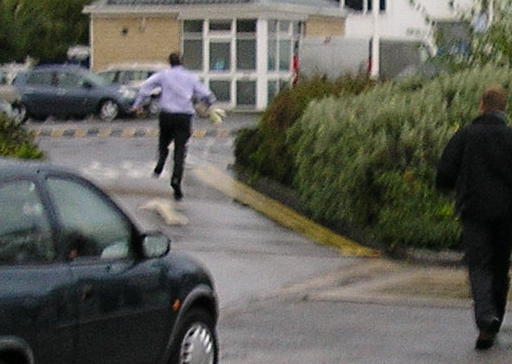 Man runs off with banner (its in his right hand!) 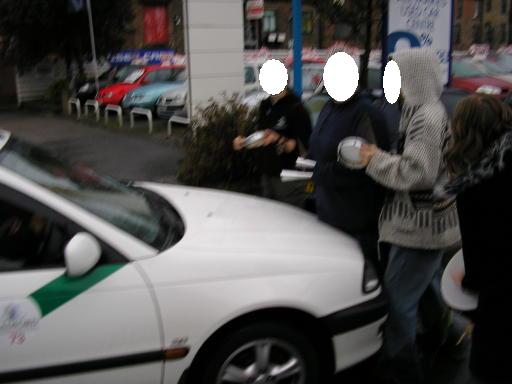 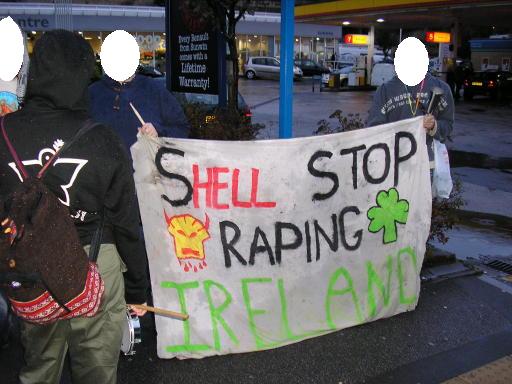 Playing on into the night

The event formed part of the international Day of Action against Shell which has featured protests in Leeds and other cities. Protesters carried a banner reading "SHell Stop Raping Ireland", with SHell and Shamrock logos. When the group arrived a few people from the garage and the next door car dealership appeared, and one began shoving protesters out of the way.

The first couple of cars trying to get in eventually backed off and went away, and some entered through the 'exit'. Staff quickly began effectively telling drivers to push through the protest, and at one point two musicians got a ride on a bonnet all the way to a petrol pump. Leaflets were handed out explaining the action. A member of staff from the car dealership grabbed the banner and ran off with it. Later, the police were kind enough to investigate the theft and the banner was returned, slightly mucky.

The police turned up after about 20 minutes (odd, their biggest station is just 100 meters away!) and informed people that they would have to move or be arrested under the highways act. Several people moved at the last possible moment as he counted down from 10! The band then moved to the edge and carried on playing. Several passing vehicles hooted in support and the group got very little futher abuse.

After about an hour of playing, the band processed round past the police station, the Alhambra theatre and up past pubs and take aways before dispersing. Shouts of "Fuck Shell" resounded, as passing friends joined in. Then the leaflets ran out... ooops.

Things to learn from: Take enough leaflets, and check whether your target has a shared entrance with another business that might react more aggressively than your target!

Great work folks-fair fuckin play!
We occupied the Shell HQ and were up on the roof too yesterday and there have been solidarity actions all over the place-

http://www.indymedia.ie/article/78992
Theres gonna be a national day of action next week where buses from all over the counrty are going to descend on Rossport-keep an eye on Indymedia.ie

Keep up the good work-keeps us fighting just as hard over here even in the face of serious repression-your actions will be solus to those arrested today.