Everything4Everyone is All We Want

The long and eventful battle to stop the demolition of the historic Dalston theatre (previously the 4 Aces/Labyrinth Club), could be drawing to a climatic end. The fate of the theatre is hanging in the balance as the current court injunction preventing its demolition is set to run out. 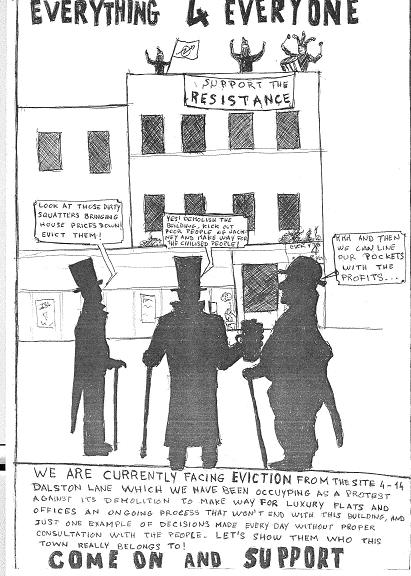 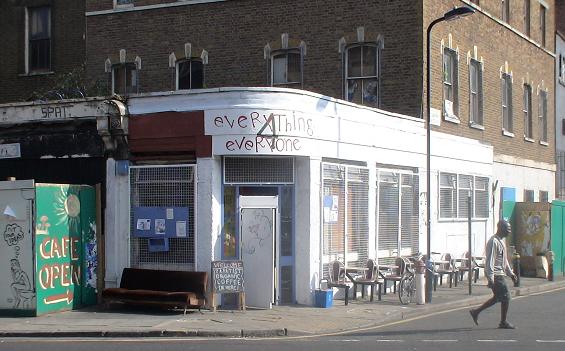 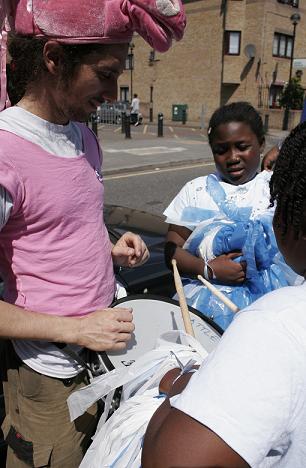 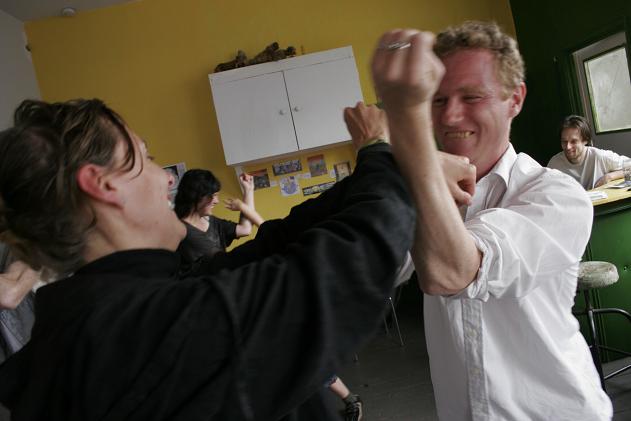 Theatre of the oppressed 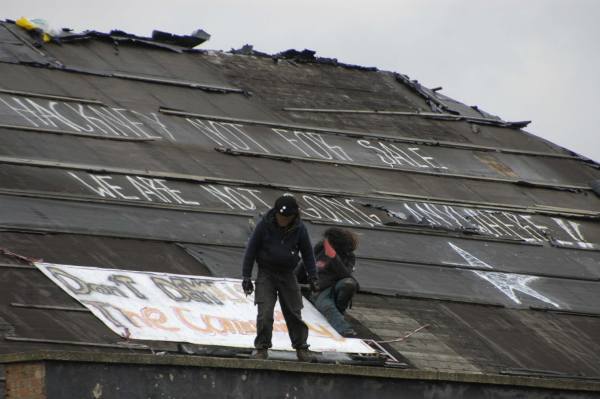 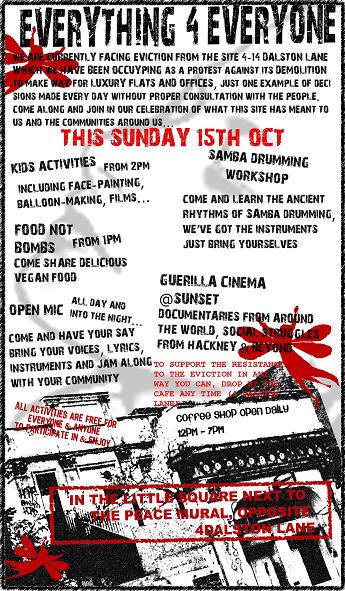 The building was occupied in February of this year, and since then has been open as a community space hosting a variety of activities and workshops such as Theatre of the Opressed, samba drumming, film nights, Food not bombs, video-making, bike workshops, various themed talks and info-nights, open mic nights, guerilla cinema and a daily non-profit cafe.The legal battle to save the theatre has been ongoing for the last 18 months, between Hackney council and OPEN, one of the organisations fighting to preserve buildings in the area that have potential to be used as community spaces.

The building was occupied in order to halt its demolition and as part of an ongoing process to prevent the fate of a vibrant and diverse community being decided by property barons out to line their pockets with the spoils of others' misfortune. The occupiers acted after years of council neglect had left the once prestigious building in almost complete ruin. Built in 1896, the building has served as a circus venue, a theatre, a filmhouse and eventually a concert hall, at one point playing host to legendary acts such as Bob Marley, Bob Dylan, and later on The Prodigy. The plans to demolish and build luxury high-rise flats, completely unaffordable to the great majority of locals, were drawn up without any genuine consultation with the local people. This has been the case for decades, with the mass-closure and selling off of public, community spaces, such as leasure centres, schools, school playing fields, nurseries, social housing and community centres to make way for private property for use by the few that can afford it. With this in mind, the occupants opened up the space and invited all people from the local community to come and decide how the space would be organised.

The battle began with a dramatic occupation the day before the preparation for the planned demolition of the building began. When council workers, contractors and demolishers arrived early Monday morning to start the preparations for the demolition, they found that locals and friends had already entered the building and its 3 adjacent houses just a few hours before. Although the building had been legally occupied, the council and their dogsbodies proceeded to illegally enter the building. Occupation of the theatre itself was maintained for two weeks by one of the protestors maintaining a permanent presence on the roof of the building. At the same time the council took the occupation of the theatre to the high court, but a series of bureucratic blunders, taking the case from one court to the next, allowed the resistance to continue.

Through the activies and workshops that have taken place the aim has been to act as a space for people from the diverse communities in the area to come together and collectively organise in co-operation with each other, through common understanding, as it is eventually only these people who have the rightful place to decide together the fate of their community. There has also been an emphasis on uniting local struggles with global struggles, as the corporate takeover of land and its consequences that the people of Hackney are currently suffering is felt by communities the world over.

Dalston theatre is just one example among many in an ongoing process of gentrification in East London, involving the mass sell-off of public land by the council to property developers and private companies. The Olympic Games, which will come to London in 2012, is just one more excuse for private investment in an area where once local communities thrived, and where now locality, including housing, small businesses and public spaces, are sacrificed in the name of big business and corporate profit-making.

The process that the occupants have initiated will not end with the demolition of this one building however, but will move forward with the occupation of another building in the local area. Anyone is welcome to come and help with the setting up of this new space.

With the day of the eviction approaching ever closer, the occupants have organised a steadfast resistance, and welcome any groups or individuals to stop by the cafe (4 Dalston Lane E8), open every day 12pm-7pm, and help out in whichever way they can.
There will be a 'Day of Celebration' this Sunday 15th Oct from 12pm til late, with Food Not Bombs, kids' activities (including face-painting and circus skills), samba drumming workshop, open mic throughout the day for locals to come along and have their say, and a jam session and guerrilla cinema (screening social documentaries from around the world) into the night...