Only through the development of a new political movement of the working class, completely independent of the establishment parties and organizations and prepared to challenge the very foundations of the present social and economic order, will the truth about the tragedy of SIEV X emerge and those responsible be held to account. 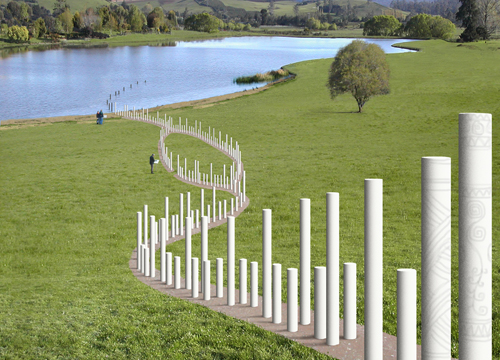 Five years after Australia’s worst maritime disaster, in which 353 asylum seekers, including 150 children, drowned, not one of the fundamental questions raised by the terrible tragedy has been answered.

In the early afternoon of October 19, 2001, the boat’s passengers, fleeing mainly from Iraq and Afghanistan, perished in international waters between Indonesia and Australia. They were travelling in a hopelessly overcrowded refugee boat, which sank while trying to reach the Australian territorial outpost of Christmas Island. The area was under heavy surveillance by the Australian air force and navy under the Howard government’s “Operation Relex”, launched to detect and repulse “Suspected Illegal Entry Vessels” (SIEVs).

A number of questions arise:

1. Why were the detailed intelligence reports about the boat’s departure from Indonesia, in an obviously unseaworthy condition, apparently ignored?

2. Why did the navy not intercept this boat, like every other refugee boat sailing from Indonesia to Christmas Island at the time?

3. Why did Howard government ministers and the military lie about what they knew and when? What has the government been trying to conceal?

If a jumbo jet or cruise liner carrying almost 400 individuals had disappeared in the Indian Ocean at the same location it is inconceivable that no search and rescue operation would have been mounted. Imagine the resources that would have been deployed had the passengers been British or American tourists! When lone yachtsmen have gone missing far away from the Australian coast, multi-million dollar rescue operations have, correctly, been carried out. But not in this case. And even more strikingly, no-one in official circles has been held to account. No official inquiry, even a coronial inquest, has been conducted into how and why these people died.

At the very least, it appears that the lives of the 397 stateless and penniless refugees aboard the SIEV 8 (later dubbed the SIEV X, or “unknown” SIEV) were considered to be of little value.

More ominously, their deaths served a definite political agenda. Soon after the catastrophe became known to the public, then immigration minister Philip Ruddock made the following chilling comment on SBS TV. This “may have an upside,” he declared, “in the sense that some people may see the dangers inherent in it”. In other words, the tragedy could prove to be just what the government needed to discourage other asylum seekers from trying to reach Australia.

The election of November 2001

Just three weeks after the drownings, the Howard government won the November 10 general election in a campaign that centred on anti-refugee scare-mongering and “border protection”. Exploiting the “war on terrorism”, Howard and other ministers slandered asylum seekers as likely terrorists who would sink their boats or throw their children into the ocean to force the Australian navy to rescue them.

In late August, the government deployed the navy and the SAS to block entry to a Norwegian freighter, the Tampa, carrying 433 Afghan refugees it had rescued from a sinking boat in the same area.

In early October, just 10 days before the SIEV X disaster, the HMAS Adelaide had fired shots across the bow of another refugee boat (SIEV 4) in an unsuccessful effort to force it to turn back to Indonesia. When that boat eventually sank, the Adelaide’s sailors jumped into the water to rescue the passengers. The government lied about the event, portraying photographs of people in the water as proof that parents had thrown their children overboard.

For Howard and Ruddock, the SIEV X drownings finally achieved what the Tampa and “children overboard” affairs had failed to deliver: refugee boats stopped arriving on Australia’s shores, at least for a year or two. Ruddock’s “upside” had materialised—and the timing could not have been better.

The Senate inquiry and the PST

From the outset, the Howard government lied about the tragedy. On October 23, 2001, Howard stated: “This boat sank in Indonesian waters. We are not responsible.” On the very same morning, his so-called People Smuggling Taskforce (PST)—a handpicked committee of senior civilian, intelligence and military officials—had reported: “Vessel likely to have been in international waters south of Java” [emphasis added] (see The tragedy of SIEV X:
Did the Australian government deliberately allow 353 refugees to drown?).

The prime minister’s falsifications were echoed by the military. In April 2002, the Senate began a strictly limited inquiry into the “children overboard” affair. Testifying under oath, Rear Admiral Geoffrey Smith, maritime commander of Operation Relex, told the inquiry that: “at no time under the auspices of Operation Relex were we aware of the sailing of that vessel until we were told that it had in fact foundered”. Two months later, in the face of contradictory evidence, he changed his story, sending a letter to the inquiry admitting that the navy had received no less than six intelligence reports about the boat between October 14 and October 22, 2001.

Smith was never required to appear before the committee again to explain his earlier lie: nor was Howard or any other government minister.

Ultimately, the release of the PST minutes showed that virtually every witness called before the Senate inquiry had withheld evidence or lied outright. The PST had discussed the SIEV X at six successive daily meetings, starting on October 18, 2001, when it received “multi-source information” that the boat had departed for Christmas Island.

Some of the information came from undercover Australian Federal Police (AFP) agents in Indonesia working to infiltrate and disrupt the operations of refugee boat organisers. Part of this program, initiated in September 2000, consisted of sabotaging refugee boats so they sank. It is entirely possible that the SIEV X was among several refugee boats deliberately sabotaged (see One year after the SIEV X drownings: Australian police agents involved in sabotage of refugee boats).

Nevertheless, just as this information surfaced, the Labor party voted with the government to end the inquiry. Howard had barred further witnesses from appearing, and, instead of subpoenaing them—as it had every right to do—Labor accommodated itself to the government’s cover-up and shut the proceedings down.

Predictably, the Senate committee’s report, handed down in October 2002, was a whitewash. It blamed the military’s failure to locate and rescue the drowning refugees on “gaps” in intelligence reporting. At the same time, it inexplicably asserted that even with optimal intelligence, it was unlikely that any rescue operation could have been mounted. Assured of bipartisan political protection, the government defied subsequent calls, including several Senate resolutions, for a judicial inquiry.

Not only did the government gag its ministers, it ensured that no criminal trial was conducted within Australia that could shed light on the circumstances surrounding the 353 deaths.

Most significantly, no attempt was made to seek the extradition of Abu Quassey—an Egyptian citizen who allegedly organised the SIEV X voyage—from Indonesia and then Egypt, to stand trial in Australia (see Alleged "people smuggler" jailed in Egypt: Australian government continues cover-up of refugee deaths).

Under fire for its handling of Quassey, the government ultimately extradited Khaled Daoed, an alleged Iraqi accomplice of Quassey, from Sweden in November 2003. But Daoed was charged only with “people smuggling”, not murder or manslaughter, thus allowing the trial judge to restrict the scope of the evidence. SIEV X survivors travelled from many parts of the world to testify, and they pleaded passionately for a full investigation into the mass murder. The judge, however, ruled that the deaths were irrelevant to the case (see Australia: "People smuggler" trial highlights cover-up of refugee deaths: SIEV X survivors give evidence).

From start to finish the media played a key role in the official cover-up.

It largely ignored the tragedy until mid-2002, when the extent of the lies and distortions emanating from the Senate hearings made silence impossible. The few articles that appeared faithfully echoed the government’s line, denouncing any suggestion of official culpability as offensive and unsubstantiated.

Five years on, the media cover-up continues. Last Sunday, hundreds of people gathered in Canberra to erect a three-week SIEV X memorial at Lake Burley Griffin, consisting of 353 poles, about 250 of them painted by school children. At the last minute, the federal government’s National Capital Authority banned the commemoration, permitting the poles to be held by hand for just one day. The authority spuriously cited a rule against memorials until the passing of 10 years, even though one was erected in the Parliament House gardens 12 months after the 2002 Bali bombings.

An editorial in the Australian the next day characterised anyone accusing the government of blocking the memorial as “obsessives” and “opportunists” who were allowing “conspiracy theories” about the SIEV X to “fester”.

But as the WSWS concluded four years ago in its four-part analysis of the evidence presented to the Senate inquiry, “there is no innocent explanation for the vast edifice of lies, distortions and misinformation constructed by the Howard government, its top advisers and key military personnel about the fate of the SIEV X.”

If the government, its handpicked People Smuggling Taskforce and the naval high command simply lacked the confirmed intelligence to mount a search and rescue operation, why did so many of their personnel—including Howard and Rear Admiral Smith—try to deny the information that was received? And how was it that intelligence of no better quality was able to be used to intercept the other 12 SIEVs sailing from Indonesia to Australia in the same period?

Like the lies used by the Howard government to justify its participation in the criminal invasion of Iraq, the illegal torture of detainees in Abu Ghraib and Guantánamo Bay and its aggressive neo-colonial interventions into East Timor and the Solomon Islands, the SIEV X cover-up has depended upon the complicity of the entire political and media establishment.

Unable to advance any progressive solution to the deepening political, economic and social crisis confronting Australian and world capitalism, the ruling elite and its various parliamentary political representatives have embarked on a program of militarism and neo-colonialism abroad, and escalating attacks on democratic rights and social conditions at home. The vilification of refugees, and the denial of their most fundamental rights, is only the most graphic illustration of this process.

Only through the development of a new political movement of the working class, completely independent of the establishment parties and organizations and prepared to challenge the very foundations of the present social and economic order, will the truth about the tragedy of SIEV X emerge and those responsible be held to account.