Thousands of Palestinians detained while trying to reach Jerusalem

These posts are from a Brighton based activist spending part of October in occupied Palestine with the International Solidarity Movement, a network of international activists set up to support Palestinian non violent resistance agaisnst Israeli occupation of Palestinian land. In these posts I will be writing short accounts of aspects of the occupation and resistance…

In October I will also be trying to foster grassroots links with grassroots organisations in the Jordan valley region, the most fertile area of the West Bank in danger of annexation by the Israeli state suffering from exploitation by Israeli and international corporations... 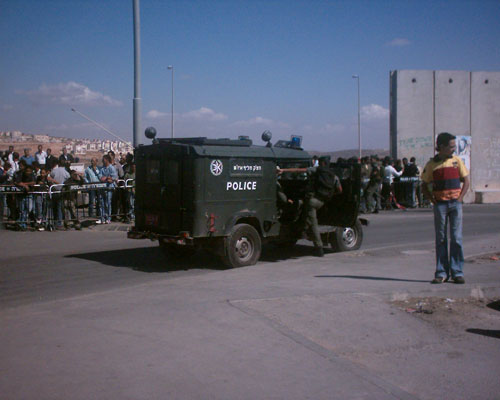 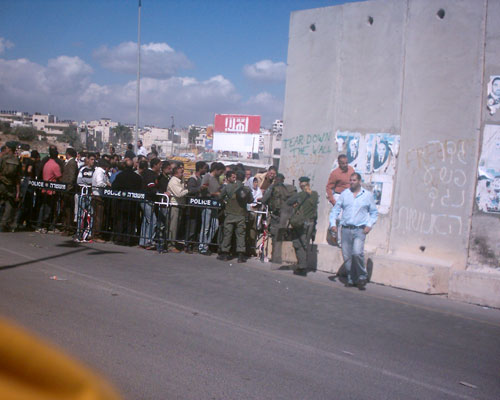 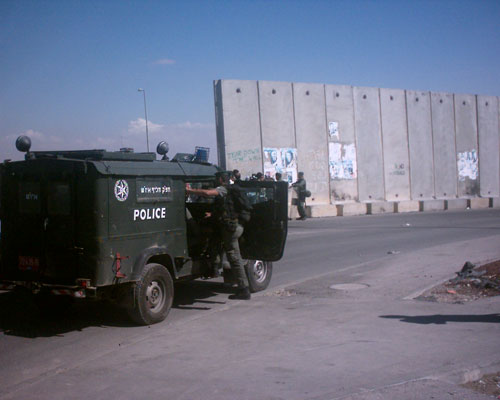 Thousands of Palestinians were detained at Qalandiya checkpoint yesterday as they tried to reach Al-Aqsa mosque to pray.

Yesterday was the final Friday of Ramadan and an estimated 500 000 muslims were expected to attempt to gather in Jerusalem.

At Qalandiya checkpoint, the main crossing between Jerusalem and the rest of occupied Palestine, many Palestinans were turned away or faced long delays.

The Israeli occupation forces have harrassed Palestinians throughtout the Ramadan holiday. Border police have invariably arrived to check IDs at 5pm, when Palestinians are anxious to get home to break their fast, and detained hungry Palestinians til the call to prayer signals the end of the fast.

More reports of harassment at Qalandiya: