John Callcutt CBE CEO English Partnerhips How Do You Sleep At Night?

Presently the CEO of English Partnerships, (the 'National Regeneration Agency') Mr. John Callcutt CBE is today under 'open' enquiry from Marie Louise and Vincent Shalom from Wales, UK. A married couple with five children, Mr. Callcutt saw to it that they were evicted from their own home after his previous actions of direct negligence, whilst he served as CEO of Crest Nicholson Plc. Letter Follows:- 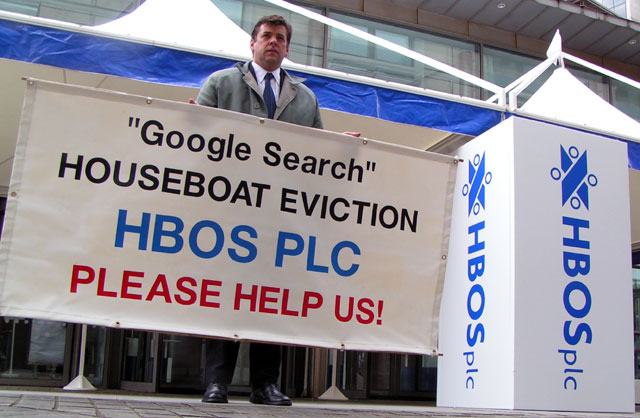 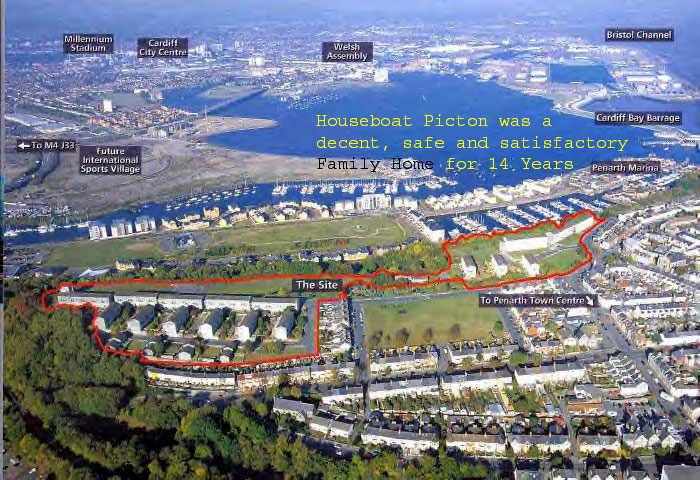 
The Eviction of Our Shalom Family

With reference to the above, you will undoubtedly recall your decisions, as former Chief Executive Officer of Crest Nicholson Plc, which ultimately led to our Family and our Home of almost 14 years, being evicted from Penarth Marina, in Cardiff Bay, Wales. That eviction took place three years ago today on October 28th 2003, against a High Court threat of a term of imprisonment for both of us. Your personal decisions directly led to our eventual ‘homeless’ state.

Our Houseboat ‘Picton’ was a safe and satisfactory Family Home, which especially for our children, Hannah 14, Naomi 13, Rachel 9, Rebekah 7, and Jessica 6, was the only Home and ‘Way of Life’, that they had known since birth. Our Family Home belonged to us, without any debt and was a Home in which we, as parents, were pleased to raise our five young daughters.

Further to the October 2003 eviction, in April 2004, and also as a direct result of the decisions you took in directing the Crest Nicholson Plc Organisation, our Houseboat and our Family’s entire personal private possessions, including the children’s 7 pet goldfish, were seized from Cardiff Bay. This was from land (water over land) in the total ownership of the Cardiff Harbour Authority / Cardiff County Council. You should be aware that our Family’s entire personal private possessions remain seized.

We kindly refer to your most recent impromptu meeting with Vince at the English Partnerships’ Open Meeting 2006, held at the British Museum in London. Whilst we reiterate Vince’s acceptance of your publicly stated view that, “we will have to agree to disagree”, on certain matters, we feel that it is imperative that we clarify a few matters, which were spoken of at the English Partnerships’ Open Meeting.

Your apparent recollection of events is that you and your former organisation Crest Nicholson Plc were “fair” and “generous”, in the “considerate” offers you made to us and our Family - to help us relocate into, “Social Housing”.

We kindly remind you of how we believe that both you and your former organisation were not fair, generous or considerate to us, or our Family.

•On April 2nd 2000, without notice or warning Crest Nicholson caused a night time grounding and toppling accident to our Family Home, at a time when Marie Louise was eight months pregnant and our four children were asleep in bed. Our houseboat was insured at the time and our specialist marine insurance consultant and company was immediately informed of this event.

•Within 48 hours of this terrifying incident, despite the natural upset to both of us and our young children, and the possible risks of damage to the underside of our Home, your organisation ‘invited’ us to take our Family and our Home and leave Penarth Marina.

It is a matter of record that our insurance company were happy to state their preparedness to reinsure our Home. It was on the conditional basis that the above minimum procedures, to satisfactorily make repairs and fix the water ingress, and also perform professional survey of our Home, were duly undertaken. Under your direction at Crest Nicholson Plc, without the necessary permissions being granted, we were physically prevented from being able to do so.

Consequently, our houseboat insurance expired. As a solicitor, you know that this brought about the situation where we were in technical breach of ‘marina terms and conditions’, regarding ‘minimum insurance requirements’ for berthing at the marina. Subsequently, you and your organisation issued formal notice for us to quit the Penarth Marina, which we could not reasonably be expected to do, due to the ‘Catch 22’ circumstances, which you had engineered.

Throughout, we continued to pay and try to pay our mooring fees. But you and your organisation refused to accept them. You and Crest Nicholson returned our bank-transferred- paid monthly fees, on no less than three occasions and yet, decided to charge us through the High Court with Trespass! This was immoral and you know it.


We politely informed you and Crest that we are both Cardiff-born people with very strong ties and commitments to this area, with career paths chosen and our children settled in school. We made clear enquiry of you and Crest Nicholson as to how we might go about relocating anywhere. The facts speak for themselves:-

•Our Houseboat was unable to attract any insurance, because you and Crest Nicholson would not allow us to fix it.

You and your previous organisations’ subsequent and disingenuous response to this dilemma, which did not stand up to basic scrutiny, were useless. This whole situation is a travesty against your publicly stated claim that you or your organisation was “fair”, “considerate” or “generous”. We cannot help but wonder how do you sleep at night?

This whole situation could have been avoided had we been granted the necessary permission to lift our Home, at our expense, at Penarth Marina onto the purposely designed Emergency Lifting Pad, which was just 50 Yards from where our Home had become grounded.


We know that the Emergency Lifting site was safe and suitable for our Home based upon the recorded fact that a similar size and weighted vessel, namely, the Barry Dock, Royal National Lifeboat, (R.N.L.I.) had previously been lifted to the same area. This was at a time when Mr. Peter Nicholson, Vice Chair of the R.N.L.I. was a serving member of the Crest Nicholson Board of Directors.

On the issue of helping us gain ‘social housing’, we aver that we do not consider it morally appropriate for you or Crest Nicholson PLC to clean up, or expect to cover, past mistakes or negligence, at the tax payers’ expense. Furthermore, we aver that your documented offer of an ex-gratia cash payment of £10,000 to help us relocate is in no way commensurate to the injustice that we and our Family have suffered. You have acted most immorally.

We kindly urge you to consider the matter in hand as urgent. You have publicly besmirched our Family name in our own local and we are not enabled to rest, until this matter arrives at a mutually acceptable, ‘Fair’ and ‘Just’ solution. You can not keep the truth down forever, as indicated to the Family website at

With our Daughters Hanna Naomi, Rachel Rebekah and Jessica, who would like all their toys and possessions returned sooner rather than later.