No justice, no peace - Photos from deaths in custody demo, london (Oct28)

Not really a subject I felt like covering today after waking up to the news that an Indymedia videographer had been shot dead by plain clothes coppers in Mexico last night.... 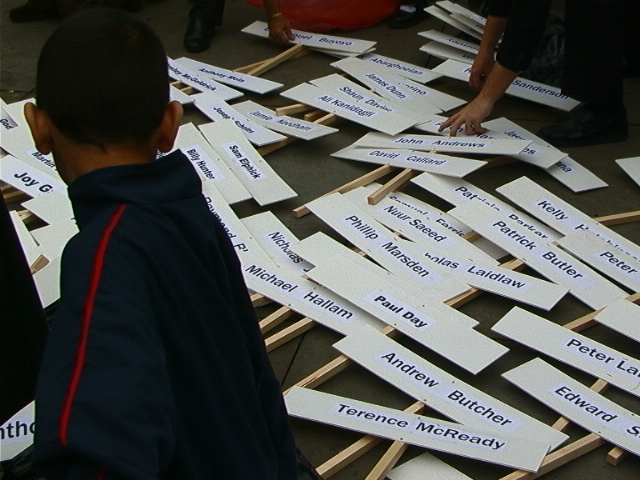 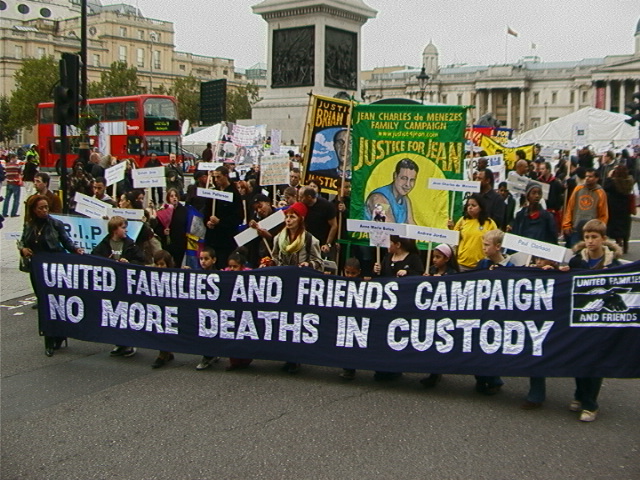 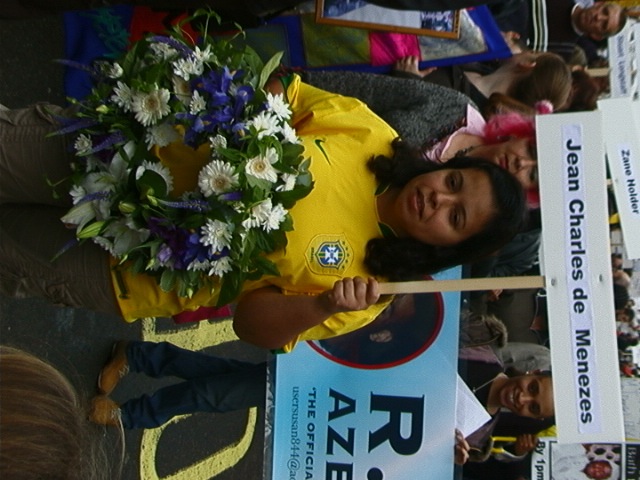 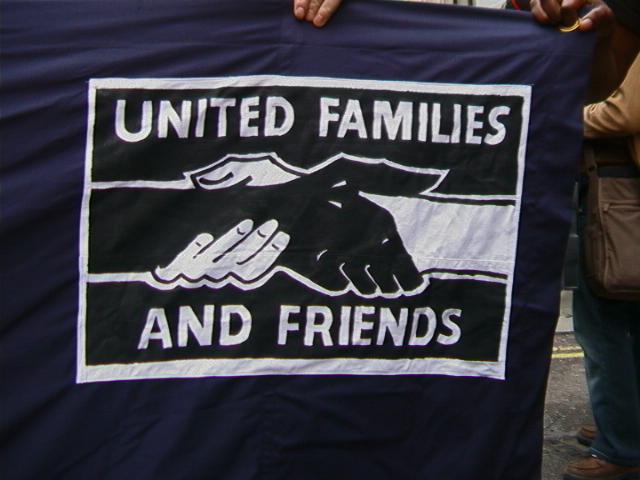 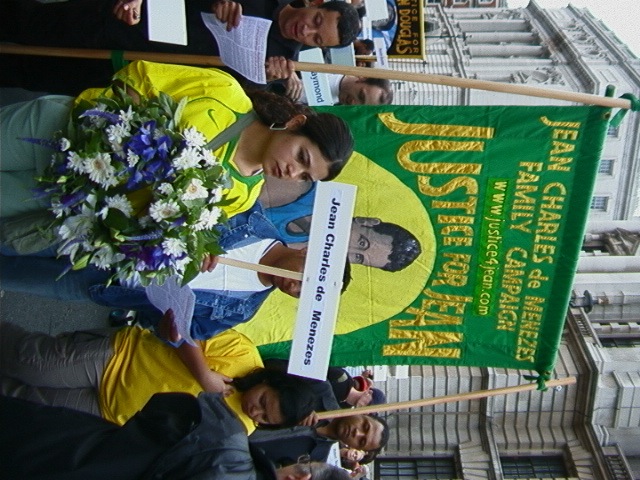 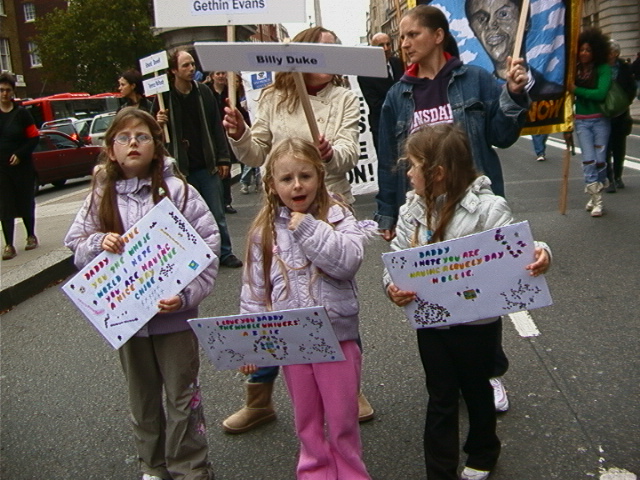 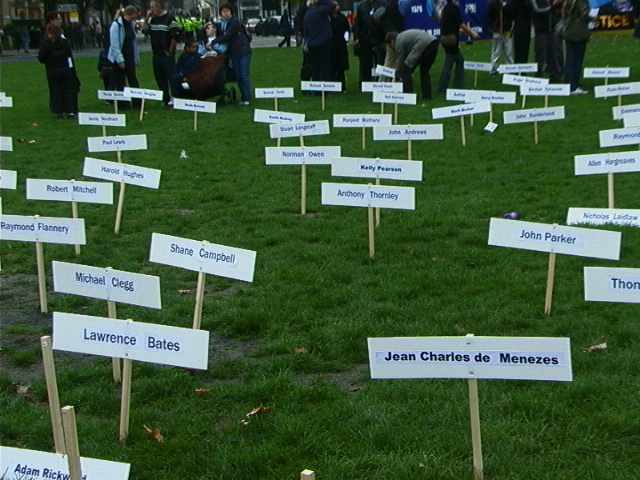 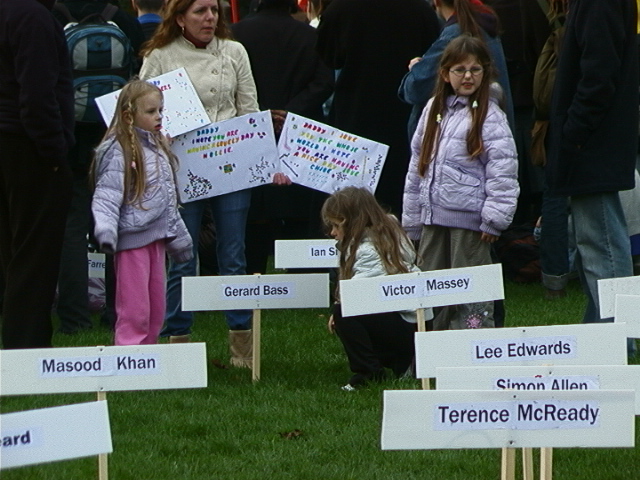 About 200 people turned up today to remember and demand justice for those who have been killed in police custody, prisons and mental health institutions. This was the 9th annual protest organised by the United Families and Friends Campaign. Every week the police add one more person to the list of those they have killed in this country. No police officer has ever been brought to justice for these murders.

The protest marched silently from Trafalgar Square at snails pace to Downing Street where flowers were laid and a letter handed in at number 10. The protest then become noisy with chants of 'no justice, no peace' and families of those killed telling their stories.

The police kept their distance and any who came too close soon fell back in the face of the hatred and anger shown them. After a while outside Downing Street, the protest moved down to Parliament Square were the signs containing the names of just 150 of those killed were stuck into the grass like markers on graves.

Later, when the protesters had left, refuse collectors from westminster council came to attempt to remove the signs but were met by some of Brian Haws supports who pointed out that the square is the private property of the GLA and not westminster council land. A couple of phone calls saw the council workers happy to drive off and leave the names of the dead facing parliament as a reminder that justice remains to be delivered.

The people who clear up around Parliament Square removed the name signs on Monday lunchtime after the tents from the peace camp were taken down.

Sorry it took a little longer than expected - got caught up in the whole Brad Will/Oaxaca thing...

Anyway, here is the video.