Sorry for the late posting but this was a story that had to go up!

On Wednesday a group of masked-up white-overalled political agitators assembled by Parliament. It is unclear as to whether or not this gathering arranged with the Police as none were present to clarify the situation. After various banner waving antics (that were possibly illegal) the participants (who may have been gathered illegally) marched (definitely illegal!!!) down towards Victoria Street before occupying Methodist Central Hall for some kind of rally. Both the gathering, march and rally were organised under the noses of the Police without any intervention! Yet again the SOCPA legislation lies in tatters! Another blatant violation by political hooligans, which should have every reader of the Daily Mail Shaking with fear!

And this is not the first time! 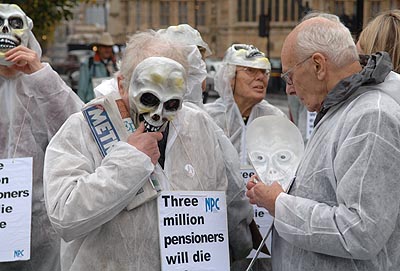 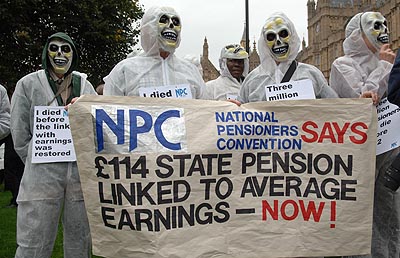 ...and make their sinister demands. 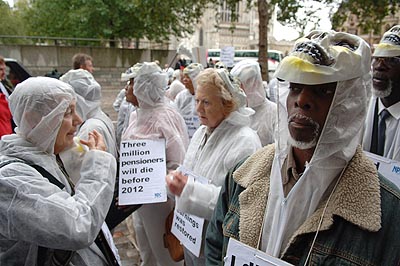 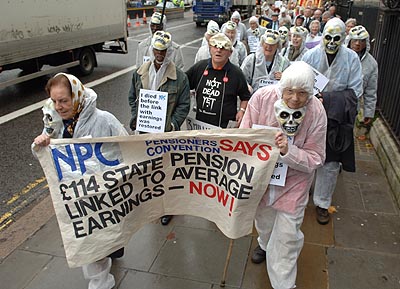 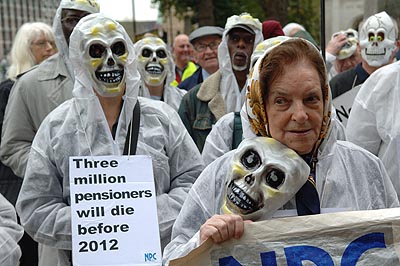 UNMASKED! One of the ringleaders. 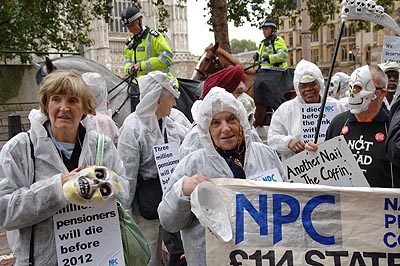 Too Late! Mounted Police arrive only to retreat under a barrage of Murray Mints. 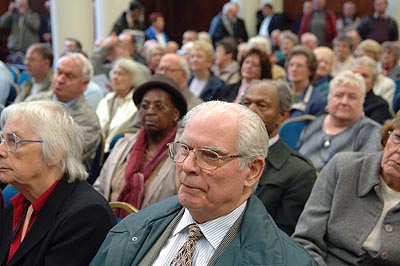 A breeding ground for extremism! The rally after the street action.

On a serious note, the protesters did have very important issues to raise with the government.

Issues which affect everyone