THE WHITE HOUSE SHOULD BE "CLEAN" not 'RID'

Al Hilaly pulls out of Islamic festival as kevin rudd and howard's abc managed to changed his original comment to suit themselves. Now suddenly his words have been changed? "Clean" has now turned into 'Rid' by floppositon mp rudd and the abc. How say you rudd? 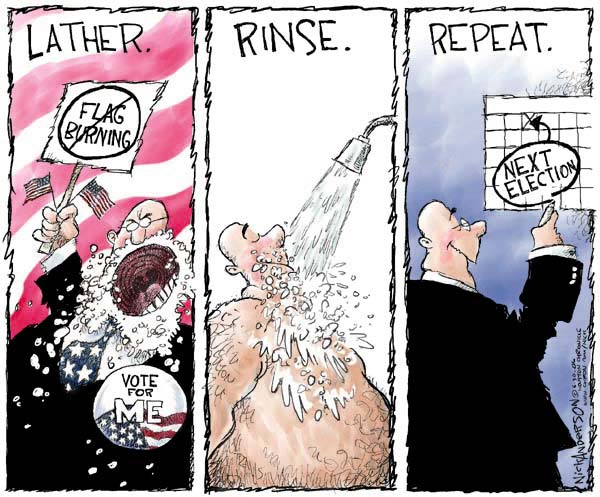 The Eid festival marks the end of the fasting month of Ramadan on the Islamic calendar and it is being celebrated in Sydney at a multicultural event at the Fairfield showground.

But Sheikh Al Hilaly will not be among them.

His spokesman says the sheikh does not want the recent controversy surrounding him to take the focus off the festival itself.

He has been criticised by both sides of politics this week for comparing women to uncovered meat and declaring his wish to clean the world of the white house.

May I say this Kevin Rudd, you hairy chested animal? When did 'clean' mean 'rid'?

After you got hold of it that's when!

So the Sheikh didn't say 'rid' those words are from Kevin Rudd and the abc so could someone ask kevin rudd to ask the war criminal phillip ruddock about whether controversial comments made by him "rid" the White House,(that is Red with blood anyways), breaks laws against inciting violence?

Police are taking a cautious approach to today's festival, despite the sheikh's absence.

Members of the riot squad are among more than 35 officers being sent to the event?

SO WHAT HAPPENED TO "CLEAN"?

NOW HOW MANY TIMES DO YOU SEE THE WORD 'RID' HERE?

Tourists may be warned to stay away from Sydney

Fears that travel advisories such as those warning Britons and Canadians about race violence in Sydney last year will cause a massive loss of income for Australian tourism this summer season.

What concerns us most of all is that decent people, and there are very, very many of them, would also be very upset about racial scapgoating for the war criminals war on terror that killed over 665,000 innocent musilm men, women and children in Iraq and their having a tough enough time as it is.

Latest campaign to demonise Islam and intimidate the Muslim Community

“The public furore ignited in response to the reported comments made by Sheik Taj Al-Din Al-Hilali has little to do with the question of crime or culpability. What is clear is that a consistently negative view of Islam and Muslims is being generated in this country with the aim of demonising Islam and silencing the Muslim community.”