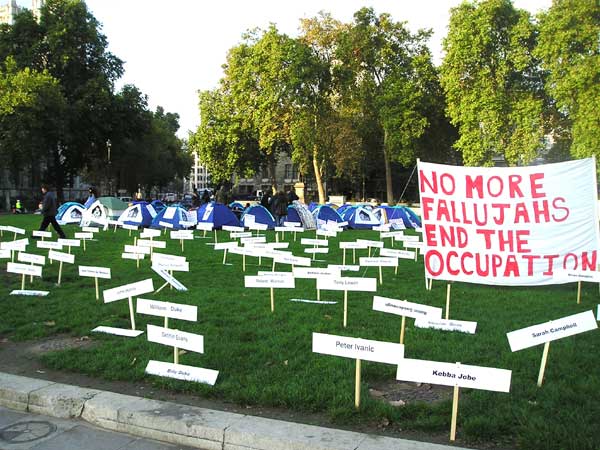 Peace Camp just after 8 am. 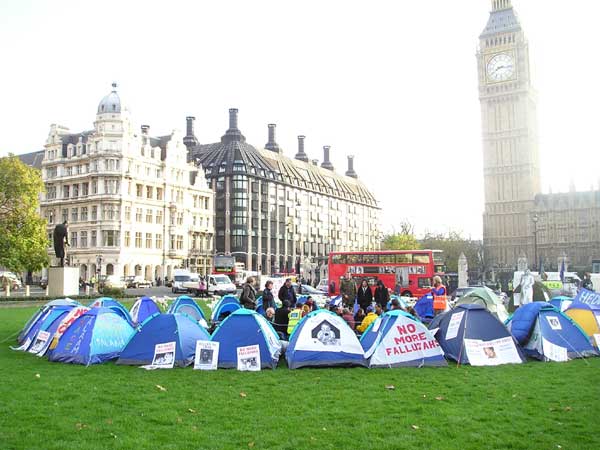 Another view of Peace Camp. 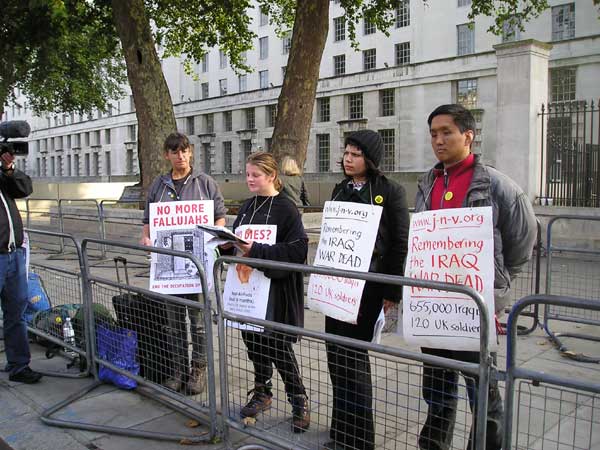 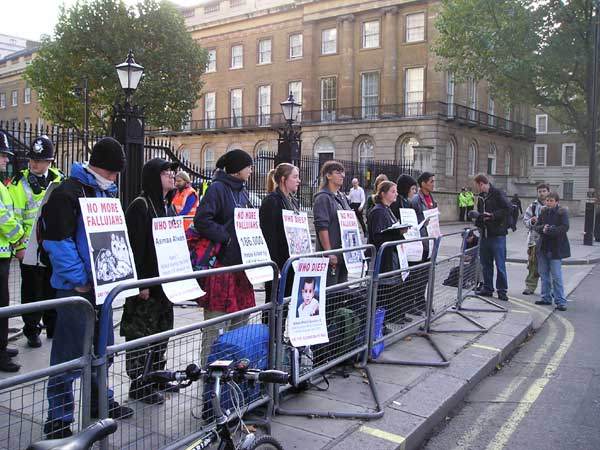 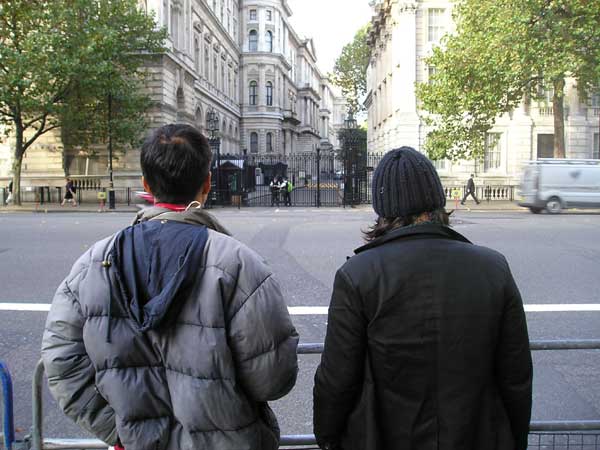 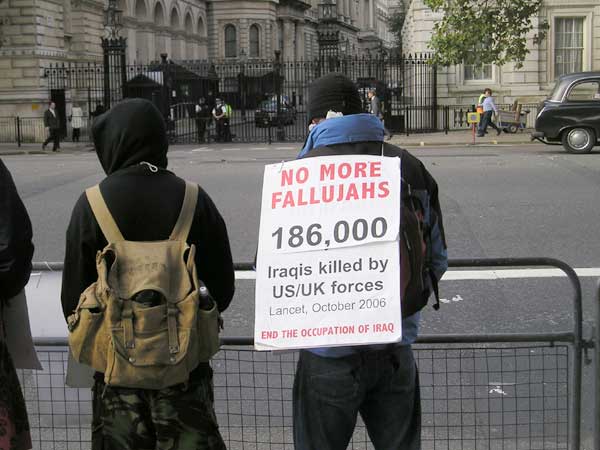 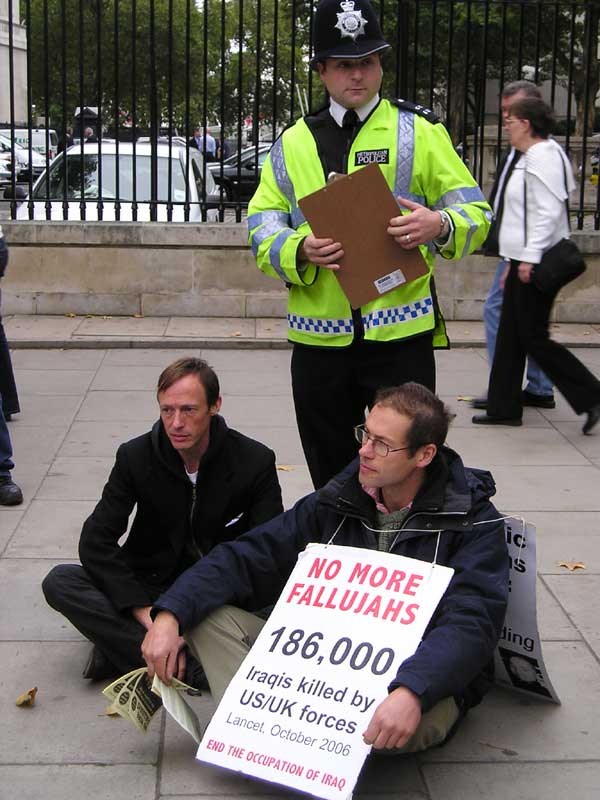 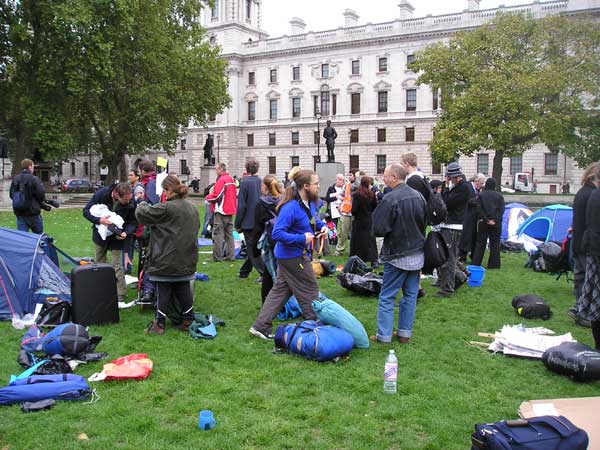 The Naming of the Dead ceremony outside Downing Street was allowed to proceed despite being 'unauthorised' by the police. However, two people were arrested after leaving the Downing Street pen. They had dared to refuse to give their names and addresses.

At midday the tents were being packed up and the names of those who died in police custody were still in place after Saturday's demonstration. A sensitive area for the police no doubt.

I came to this and thought it was brillaint. Well organised and rightious. It seems spot on to continously defy this crap law and keep the pressure up about the ongoing UK state sponsored wars across the globe.

My one comment would be to ask why none (or few) of the people involved in the london anarchist or anti-capitalist scene turned up? Seems like breaking their law would be right up there street...

I was there (although I didn't stay for the whole thing). There were people wearing masks for some of the time who ended up spending the night, which may count for something. How exactly do you spot an anarchist without them waving a big black flag?

I'm an anarchist and I was there. So were quite a few other folk I know to be anarchists or in the vicinity of anarchism.

PC McInally, if you're reading this, no hard feelings.