Police and protesters clash outside the Mexican Embassy in London (30.10.06). The protest was about the US cameraman Brad Will who killed in Oaxaca, Mexican. 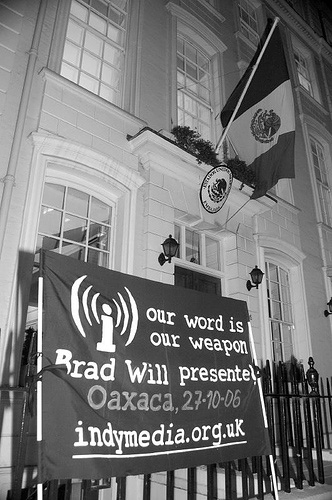 Click on this link to see a set of 23 images:

Background to this story:

Reporters Without Borders: "US cameraman killed and photographer wounded in Oaxaca police shooting" 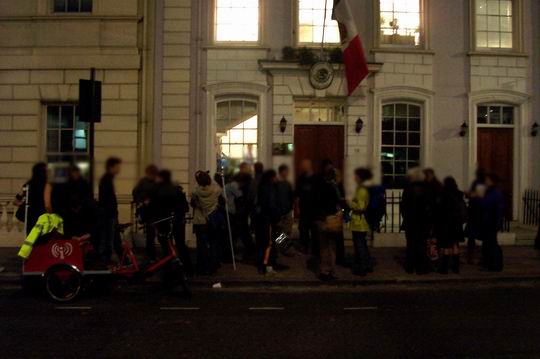 Early on, with the indymedia trike. 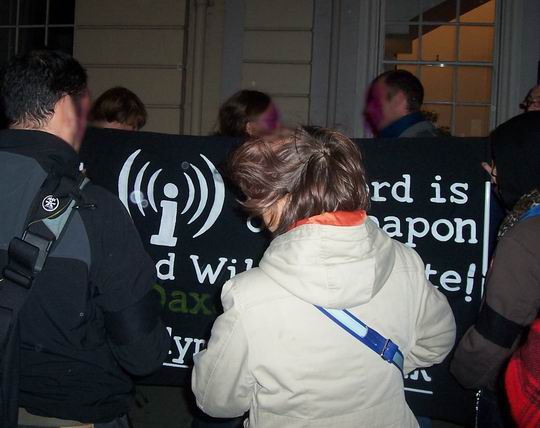 the banner goes up... 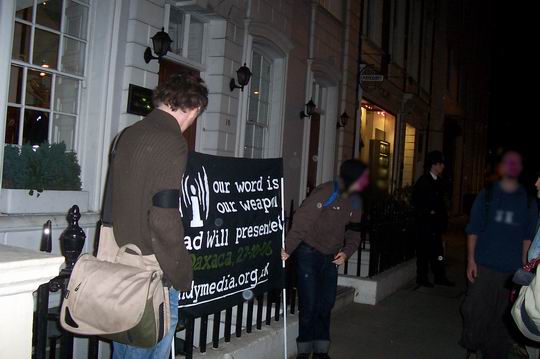 ...on the railings of the embassy. 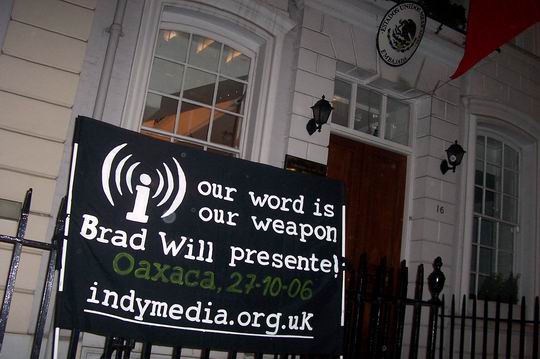 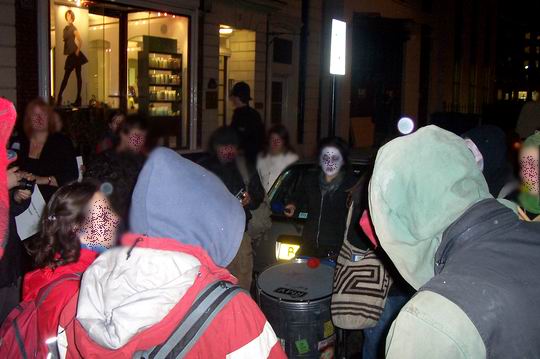 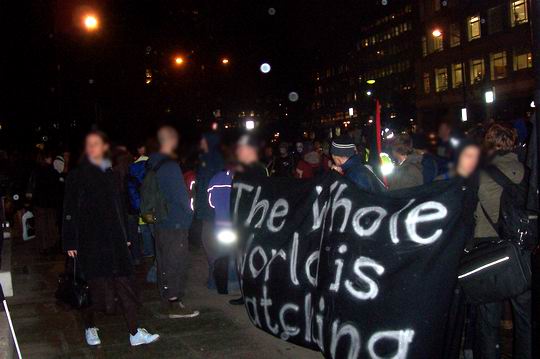 Let Mexico know: we ARE watching!

From 5pm there were only around 5 people, including a professional photo journalist who also publishes on indymedia. They were soon joined by a couple of beat cops who approached immediately with no hint of bad attitude, although they made the 'rules of the game' quite clear. One of them said that paint had been thrown at the embassy the day before.
Within half an hour there were easily 50 or 60 people, mostly indymedia supporters it seems, with a banner attached to the railings. Then the drummers arrived and started to make some great noise.
Then the police presence increased with a couple of cars, and the cops kept everyone on the pavement for a while as the drumming and whistling and pot banging continued.
But the police presence soon increased to such an amount it appeared ridiculous. There were easily about 20 police vehicles around. The road was closed off to traffic, but many people were walking through - and stopping to ask what was happening - and as the indymedia projection of Brad Wills last video footage was shone onto the embassy, the cops moved in to 'protect?' the embassy and eventually violently pushed everyone across the road, arresting some.
Ultimately, it must be said that this turned out to be a successful show of support and protest, marred only by the arrests and predictable police tactics.