Timeline of recent events in Oaxaca Mexico available in English... 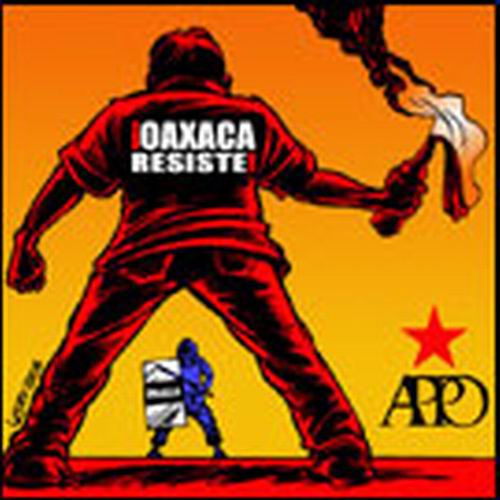 14;10 The signal from radio universidad has gone out, the reason being a failure in the antenna.

13:47 They have take a dairy truck of yogurt and milk in one of the barricades in Oaxaca city. The drivers do not oppose the resistance and the people ate a happy lunch in those moments.

13:45 They are reporting that helicopters of the "forces of order" have begun hovering over Oaxaca city.

13:31 They are reporting that in Breñamiel they have lost the signal from Radio Universidad. They are calling for the population to head toward the university making noise with pots and pans, to ring bells, honk the horns of their cars, etc. to make a call of alarm.

13:15 Radio Universidad´s doctor is informing that the PFP bought all of the marbles in the city. He is also saying that there is a rumor that the government was thinking about putting something in the PFP´s water so that they would get sick and hold APPO responsible for contaminating the water.

12:45 They will hold in Oaxaca City a National Student Encuentro the coming 12 and 13 of november.

12:34 Radio Universidad is saluting the caravans in support of oaxaca coming from the north and from d.f. It is reported that in Periferico and Insurgentes there are six buses with riot police.

11:07 Through Radio Universidad it is heard "The PFP also is a victim of bad government."

8:51 The Mexican paper El Universal is reporting a protest from the APPO in D.F. in front of the offices of the National Commission of Human Rights.

6:51 A white van with tinted windows is shooting with long guns at Oaxaca`s Radio Universidad.

5:38 From the heroic UABJO, the Oaxacan people are transmitting their voice to the world, the world is listening.