Members of Swindon Climate Action Network and Friends of the Earth joined today's rally outside the US Embassy with around 20,000 others, before marching to Trafalgar Square to join another 10,000 at the launch of the I-Count campign. Here are some photos. Audio and possibly a video to follow. 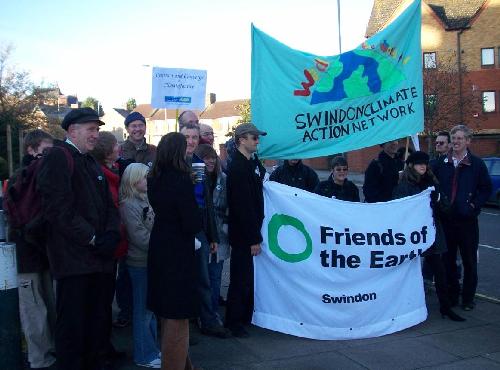 Swindon Climate Action Network and Friends of the Earth 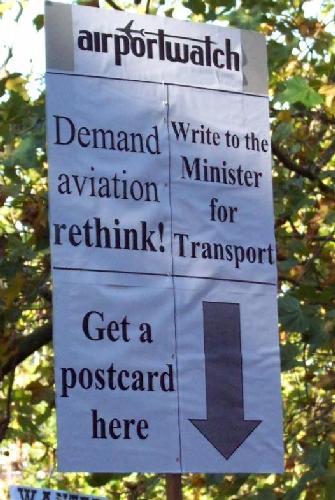 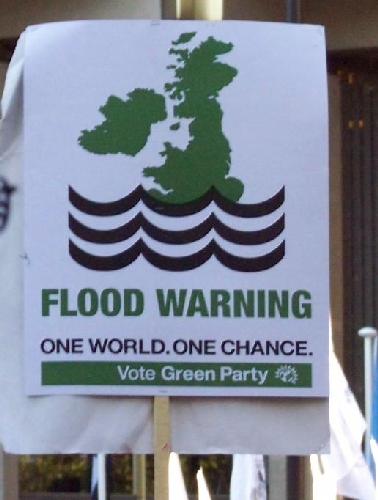 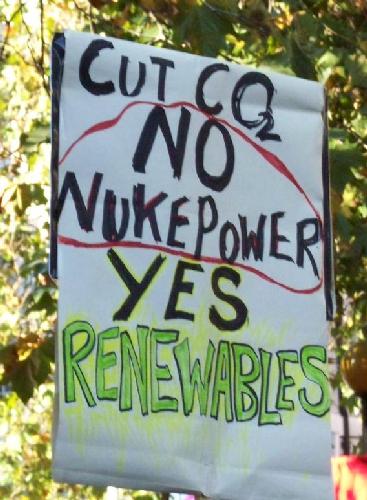 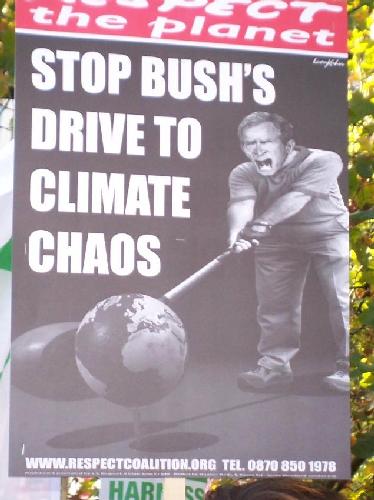 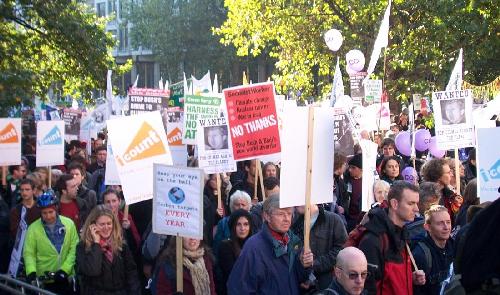 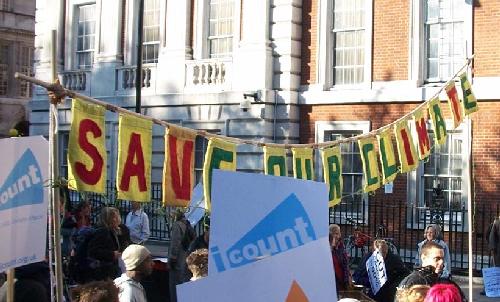 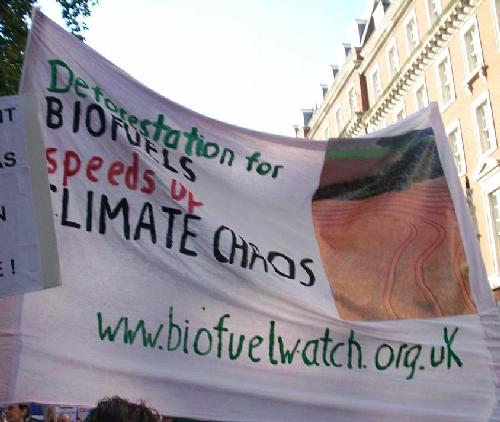 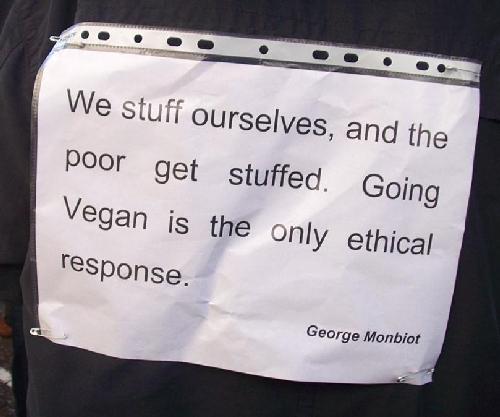 We stuff ourselves and the poor get stuffed 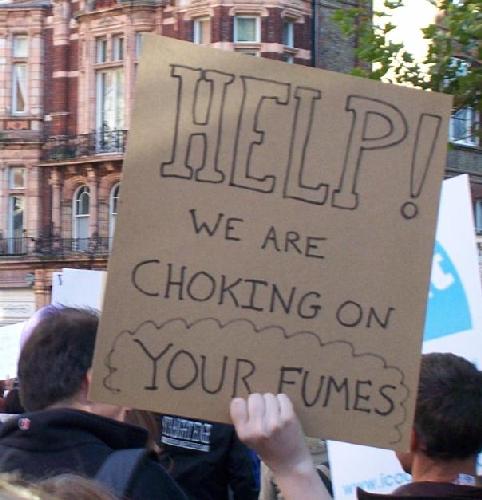 We are choking on your fumes 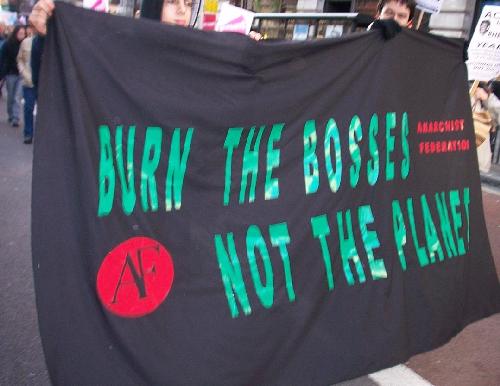 Burn the bosses, not the planet 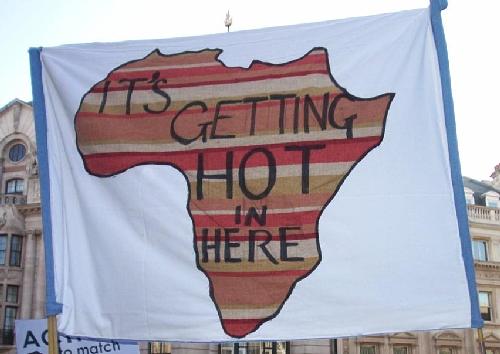 It's getting hot in here 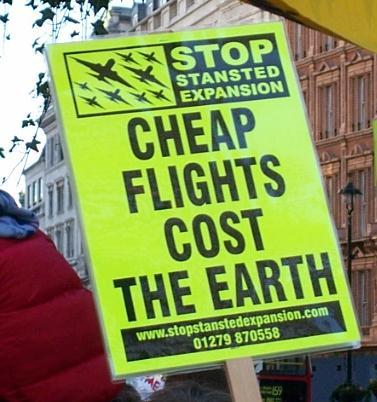 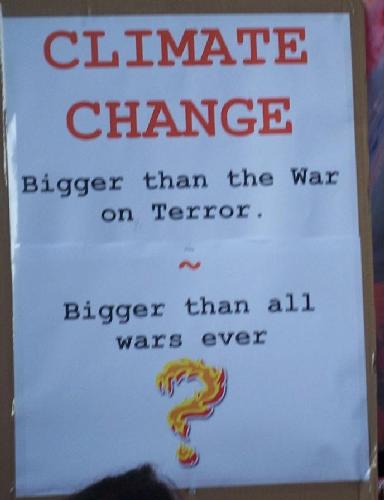 Climate change - bigger than the war on terror

This is our earth so we look after it 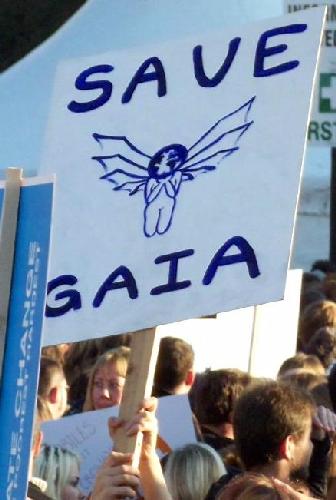 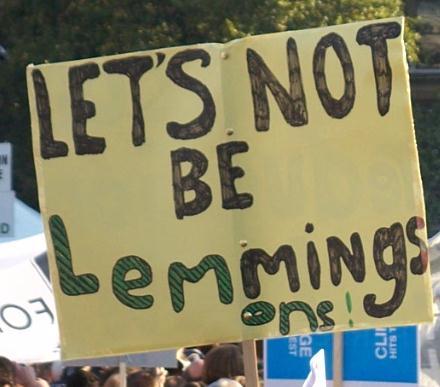 Let's not be lemmings 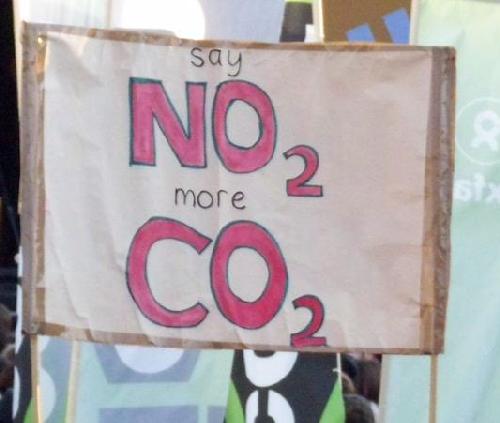 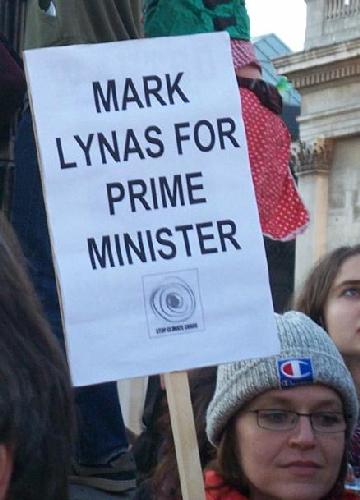 http://www.indymedia.org.uk/en/2005/12/329206.html ), with many of the same speakers. Unfortunately I missed all but the last few. George Monbiot was on good form - if nothing else I hope to post the audio of his speech.

By contrast, the rally in Trafalgar Square was less politically charged, verging at times on light entertainment, with a comedian acting as compere, and some band called Razorlight, whose songs seemed to have no bearing on the subject in hand. Almost what I imagine Live8 would have been like. Or maybe I'm getting old.

Trafalgar Square was packed. Once I got in, there was no way I could move again until the rally ended and people started dispersing. I've never seen it like that before.

A new and updated version of Kate Evans' comic "Funny weather we're having at the moment isn't it dear - everything you didn't want to know about climate change but should probably find out" has been released. Get it from Climate Outreach Information Network (

A few more pictures and comments :

Some audio and links to more pics

Here is the speech made by George Monbiot, and a song performed by Seize the Day, both outside the US embassy.

There may be some more audio coming later, and I think a short film is also on the cards.

Also, check out Kriptik's awesome 360 degree photo of the rally in Trafalgar Square at

An MP3 file of Rob Newman speaking at the rally in Trafalgar Square, about the Royal Bank of Scotland (aka the Oil and Gas Bank), and Shell's operations in the Niger Delta.

I made a short movie of this event, and here it is, warts and all.

It consists of George Monbiot's speech, plus a bit of samba, set against the backdrop of images of the protestors and the I-Count movie shown in Trafalgar Square.