Fourth International Week of Action Against the Apartheid Wall

On Saturday 11th November, demonstrators showing solidarity with Palestine Liberation struggle set up their stalls outside the doors of Marks & Spencer at the Marble Arch end of Oxford St, London, engaging shoppers in conversation and collecting signatures for their petition. 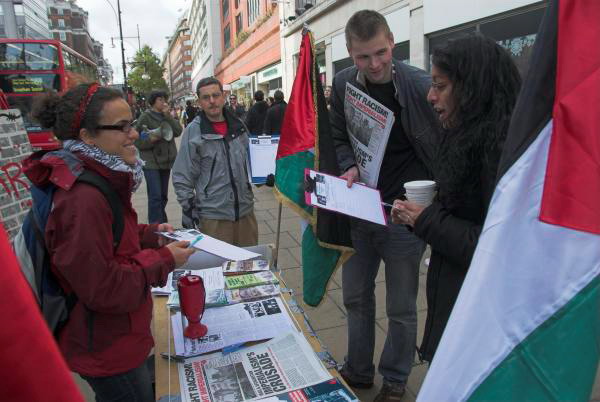 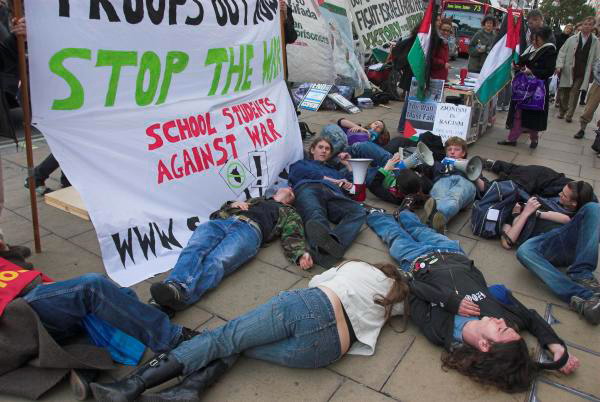 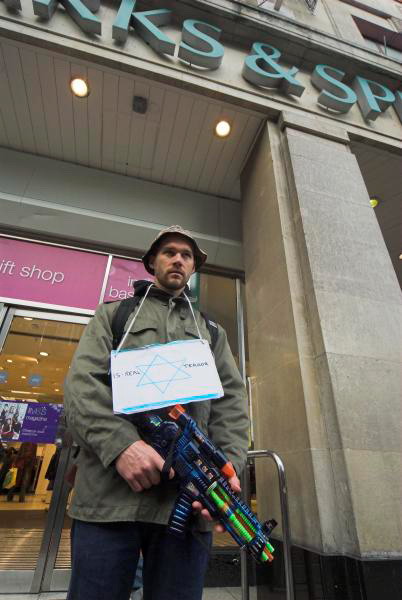 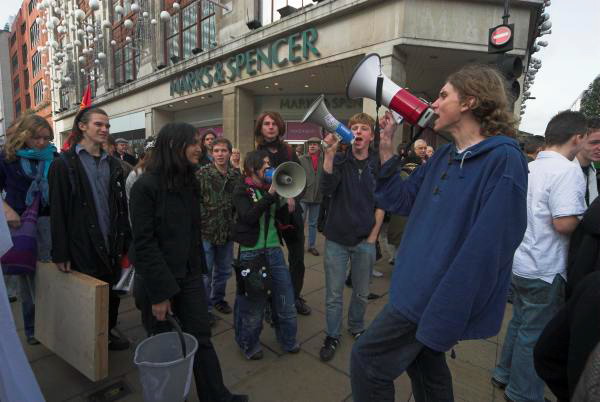 There is a weekly M&S picket here on Thursday evenings, but this was a special event as a part of the week of international actions being taken against the Israeli wall.

As they makes clear, the demonstrators' concern is not with M&S's Jewish roots, but with its historic and continuing support for Zionism, as the biggest UK corporate sponsor of Israel.

After a while the picket was joined by around 20 members of the School Students Against the War, who had been demonstrating outside the US embassy. They staged a 'die-in' on the pavement outside M&S, attracting a great deal of interest among those passing by. The students than briefly addressed shoppers before moving off to stage another die-in further down the street, again attracting the attention of shoppers, although perhaps surprisingly, not the police.

When I left them at Oxford Circus the SSAW students were considering other such actions further along Oxford St.