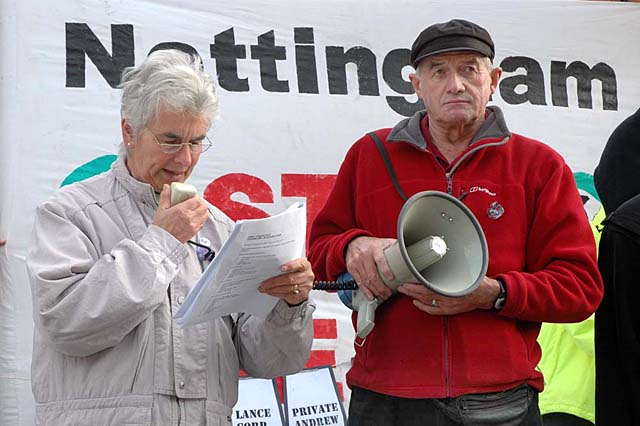 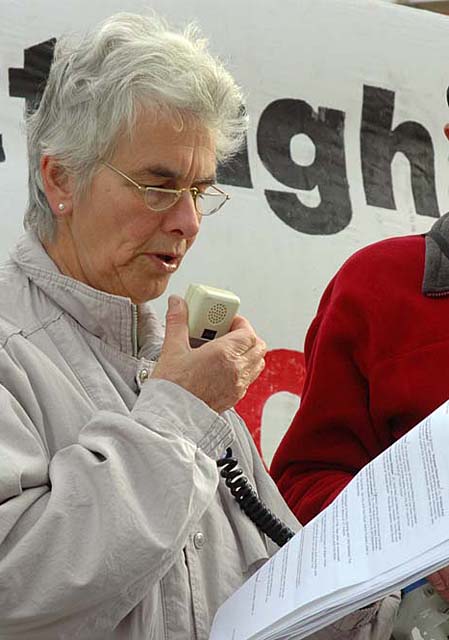 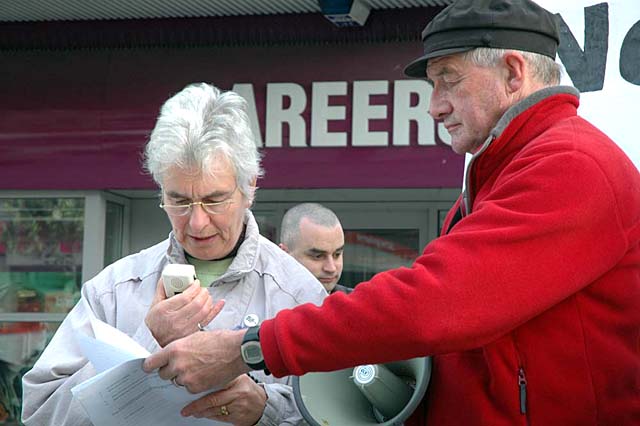 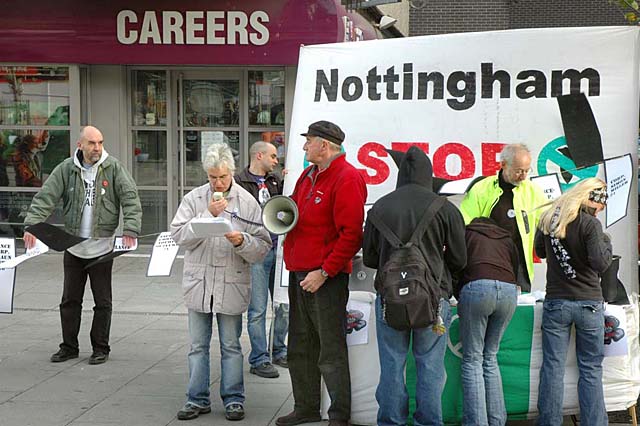 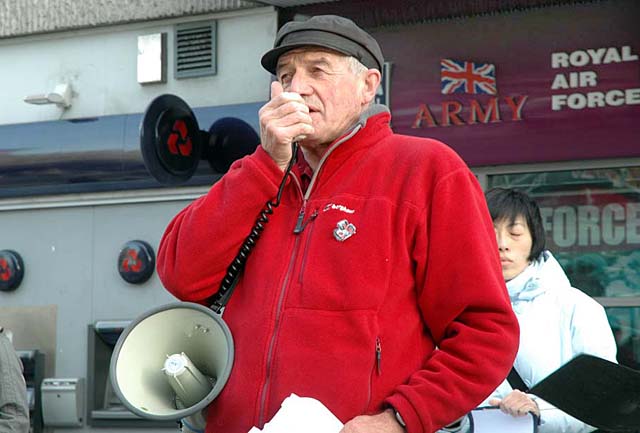 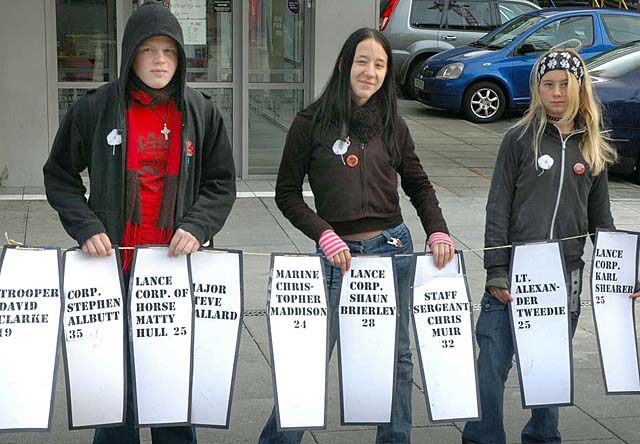 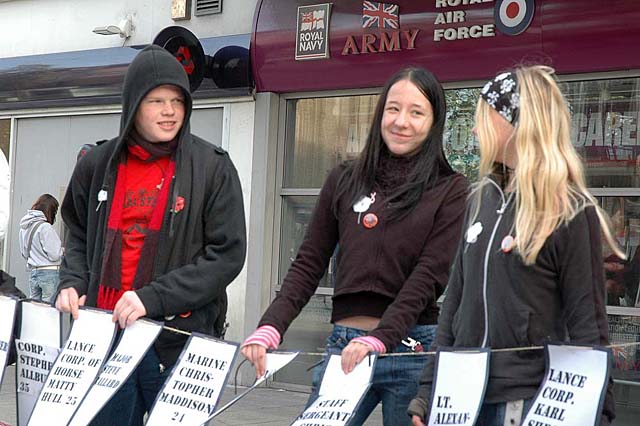 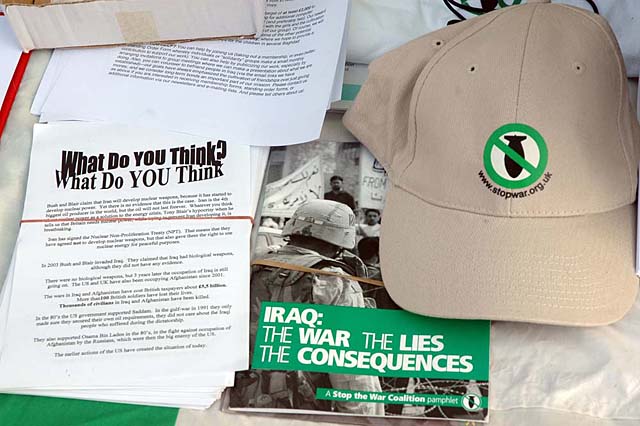 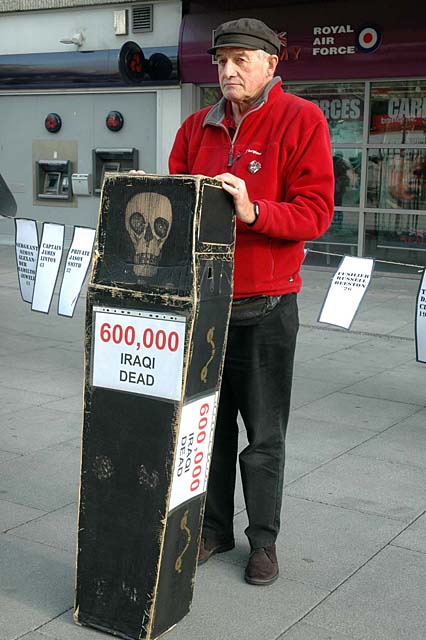 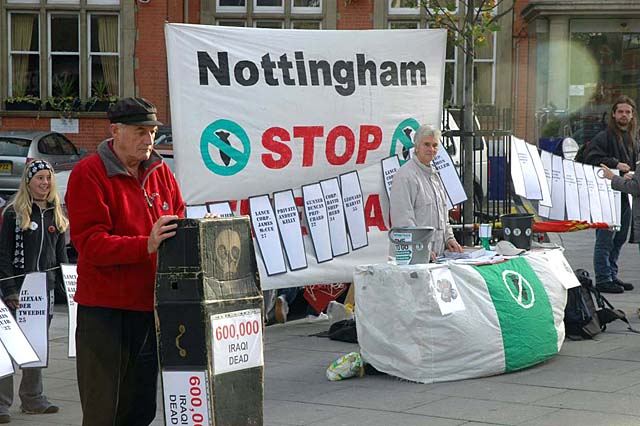 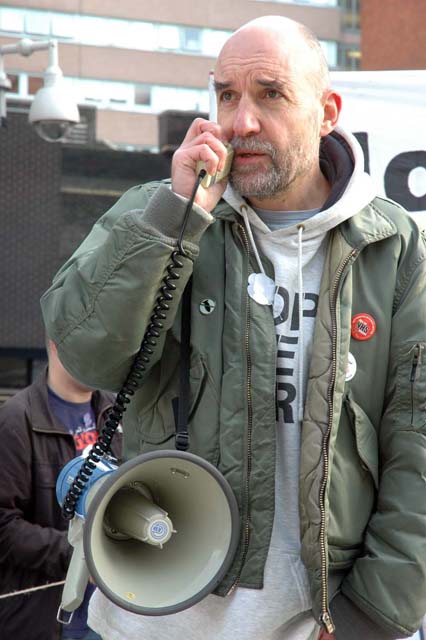 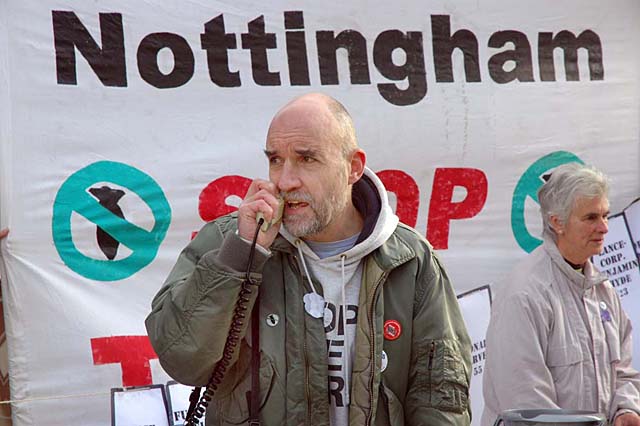 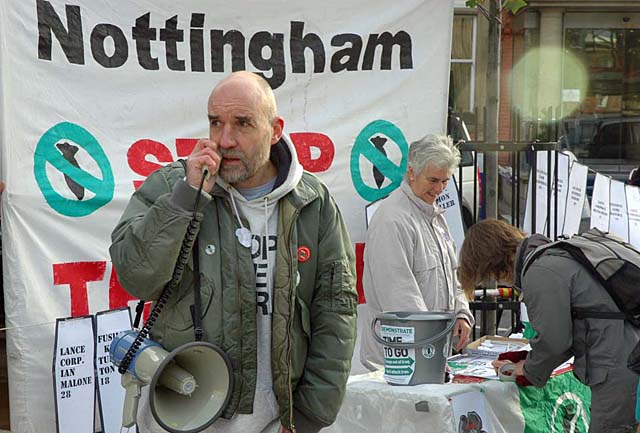 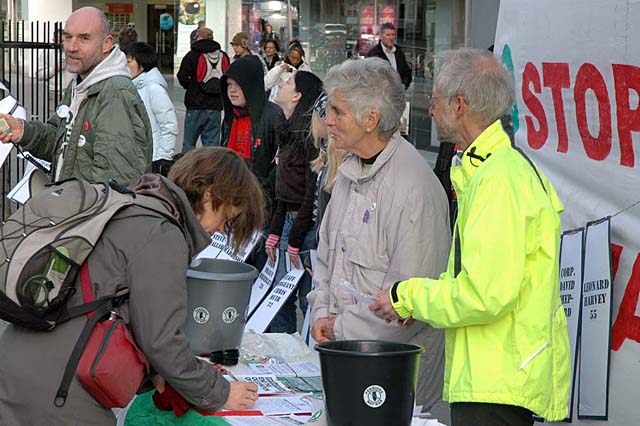 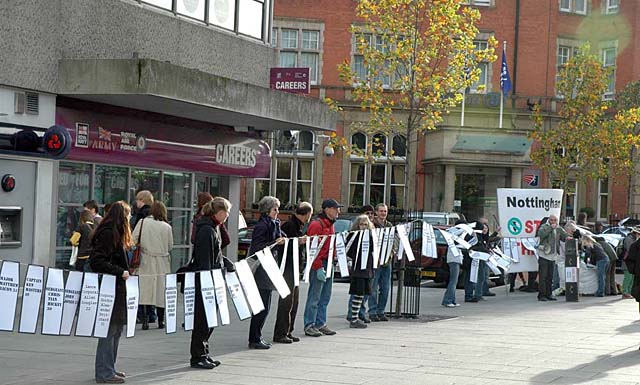 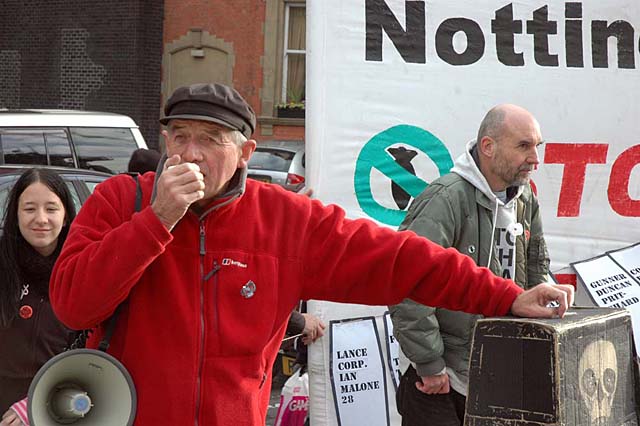 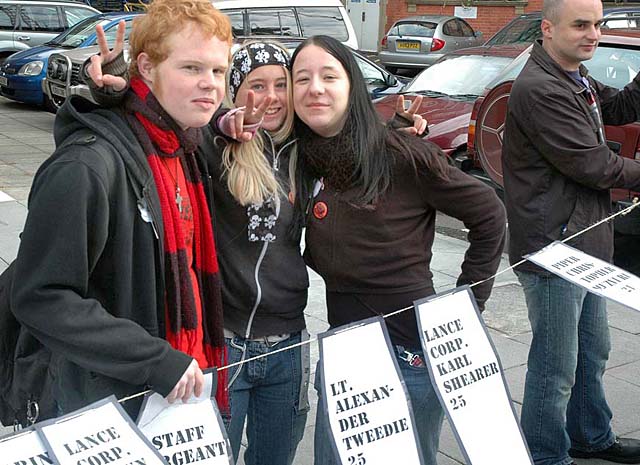 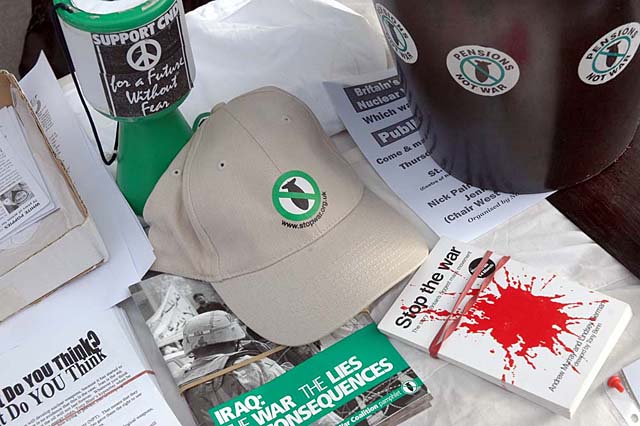 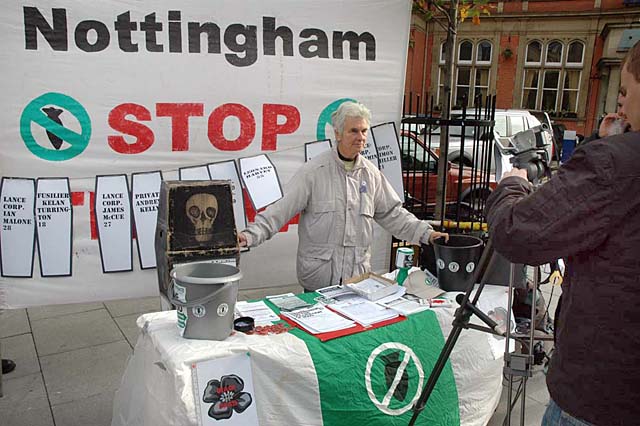 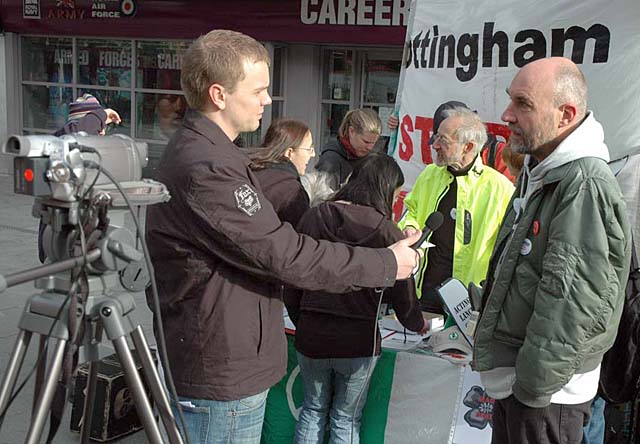 At that time 121 British servicement have lost their lives. [stop press: we now learn of a further incident, resulting in a further 4 deaths. It brings the total number of UK troops killed in Iraq to 125.

The Recruitment Centre, just by the Victoria Centre Clocktower, in the centre of Nottingham

People had prepared the placards, edged in black, mounted on a line, and naming each of the dead servicemen.
Obviously, these service deaths are in addition to many thousands of civilian deaths in Iraq.

People from the Stop the War coalition set up a stall and banner outside the Centre and gave out leaflets urging Blair to end the occupation, and urging prospective recruits to stay out of the forces.

oTHER 'STOP THE WAR' events

'Direct links' to the coverage of these issues:

http://tash.dns2go.com/xtra/chetwynd_barracks/index.htm
Menwith Hill 'Foil the Base'

[long links, make sure you include all of 'em!]