SOCPA - brian haw to be moved, or not?

a mystery surrounds police plans at the state opening of parliament tomorrow. a protestor has been told that he cannot stand opposite the carriage gates in parliament square. superintendent peter terry claimed that brian haw would be moved away towards westminster abbey too, but brian haw has been told nothing. 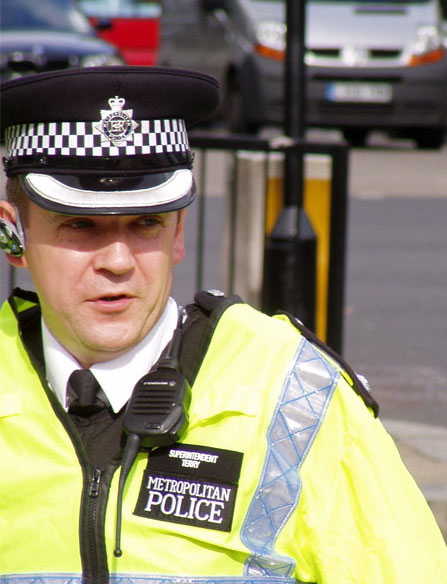 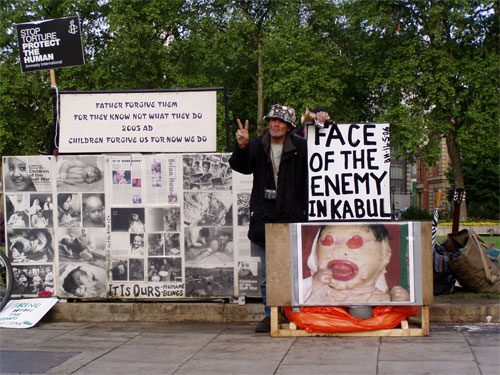 a protestor intending to dress as charlie chaplin in 'the great dictator' received authorisation some time ago to stage a demonstration in parliament square during the state opening of parliament tomorrow. but last week, he received a phone call from superintendent terry telling him he would in fact be moved out of sight to the edge of the square facing the abbey. peter terry claimed that brian haw (whose display has stood opposite parliament for more than five years) would be moved too.

but brian haw has not been notified, so either terry is talking porkies, or brian will face a sudden arbritary change in conditions on his protest. with terry facing a high court challenge as to the legality of his conditions anyway, it seems he may be shooting himself in the foot (no wishful thinking intended. after all, police shouldn't be allowed to play with guns).

brian welcomes supporters to parliament square for the state opening tomorrow in order to help his right to freedom of expression and to deliver his message of peace and justice to the high and mighty. under current draconian conditions, he may have up to twenty supporters with him at any one time (although how he is supposed to fairly marshall this is unclear). there is also another ongoing protest in the square by the 'people's strike for peace' and supporters can come and go freely, with up to fifty allowed at a time, so if brian's 'fills up', then you can always join this 24/7 authorised demonstration instead. as long as you inform any inquiring officers that you are part of the 'people's strike for peace', any attempt to arrest you for holding an 'unauthorised' demonstration would be unlawful. this is thanks to war-law campaigner 'chris coverdale' who has successfully notified this 24/7 come-and-go protest for the sake of people who believe in exercising their free speech without hindrance.

it would be a good idea to get to the square by midday tomorrow (wednesday).

some good news - the first person to face court for holding an unauthorised demonstration in connection with last month's 'sack parliament' protest has had their case dropped despite video and other evidence. once again this shows the police are very unsure of their legal powers over the 'serious organised crime and police act (socpa)'. it also questions the legality of the techniques they employed at that protest.

maya evans and others challenge the legality of socpa in the high court on thursday and friday this week, where she is hoping to overturn her conviction under the act. maya was the first person to be found guilty under the new legislation last year.