Over 50 Anti Nuclear protestors from Leeds and Bradford took part in a mass blockade of the Faslane Nuclear Naval Base in Scotland this morning. Twenty seven of the protestors, including the Revd Chris Howson from Bradford were arrested for their role in the blockade, which included 'locking on' to a giant CND symbol outside the main gates of the base.
A group of women were also arrested after succesfully blocking the second gate of the base. They were dressed as lollipop ladies and carried 'Stop Trident' signs.

Protestors managed to cause disruption to traffic trying to enter the base for almost an hour whilst police removed protestors lying in the road and used cutting equipment to remove the 'lock ons'.

The blockade was part of 'Faslane 365', a year-long campaign set up to oppose the existence of Trident, the British nuclear submarine programme and to oppose the introduction of any replacement to Trident.

The Rev Chris Howson said, "I came to Faslane to show support to those who had planned to take part in the blockade. I was arrested by the police whilst standing on the pavement outside the base for reasons they would not explain to me, despite my repeated requests. "It is clear to me that the Government's interests are not with the majority who are opposed to Trident replacement and would rather see the billions wasted on the nuclear weapons programme spent on health, education or climate change, but with George Bush and his colleagues who want us to live in a world of threat, fear and nuclear hypocrisy."

Professor Dave Webb from Leeds and Convenor of Yorkshire CND said, "Today's turnout has been fantastic. We have had a great mix of people blockading today, young and old. It just goes to show that people are prepared to take action for the world we live in. The Government must listen to us all and allow a full public and Parliamentay debate on Trident replacement, and disarmament must be an option."

Photos and another quote 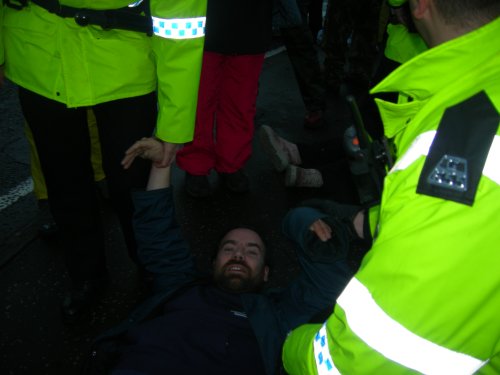 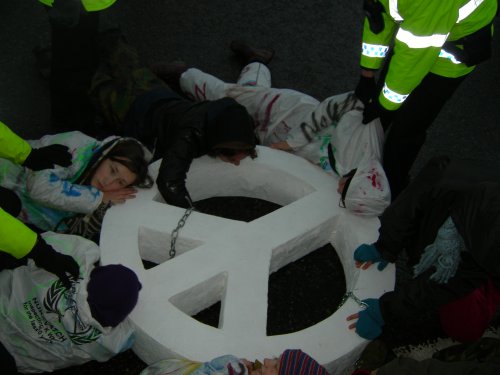 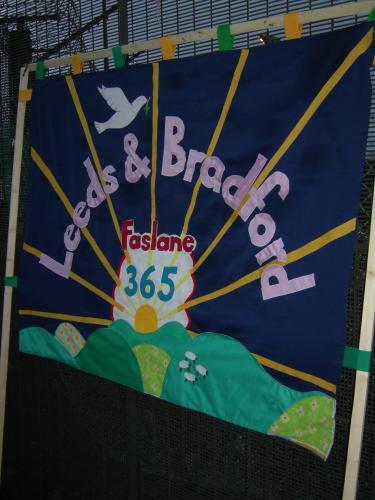 Before being arrested, one York-based blockader gave this explanation for his actions: "I have chosen to get arrested at Faslane because its such an important issue. Simply having a march through London would not convey the urgency of ending the nuclear hypocrisy: while Blair tells Iran not to create nukes, we're planning to develop more of our own. What example does this set?"