One two three four take a hike? from g20 today

Falun Dafa stole the show, but I missed the action at Orica - though there were enough cameras around that somebody ought to be able to report? 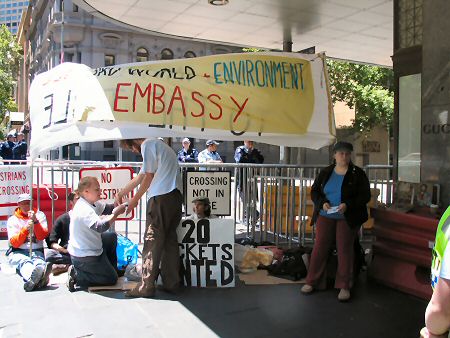 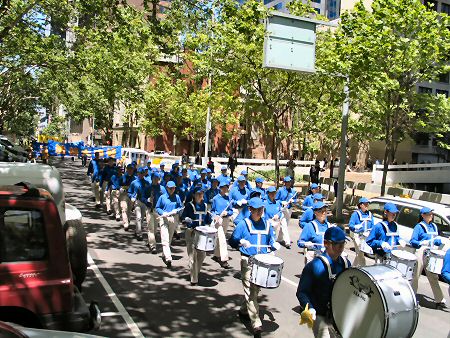 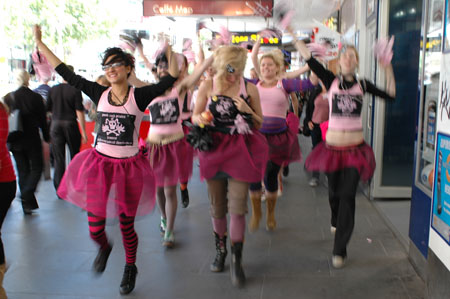 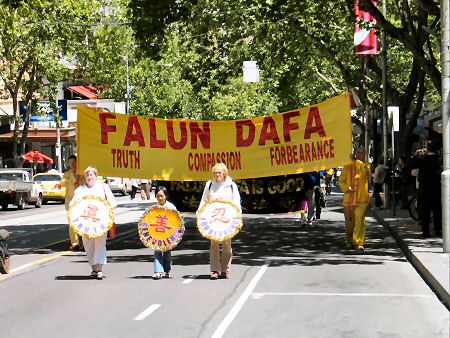 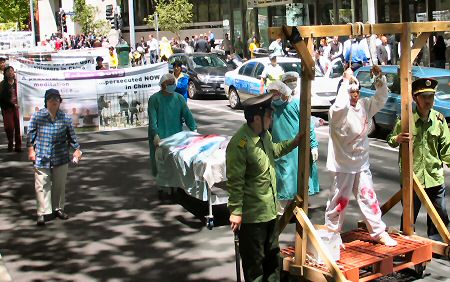 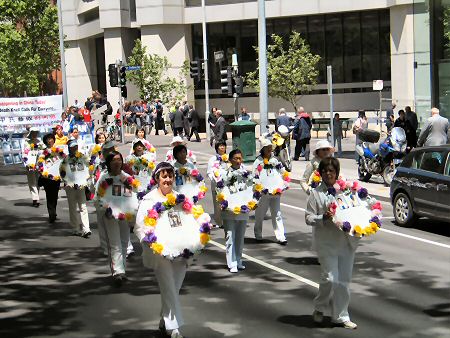 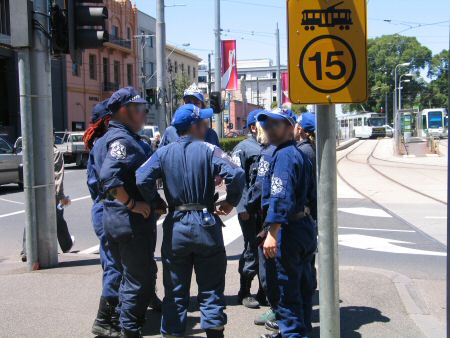 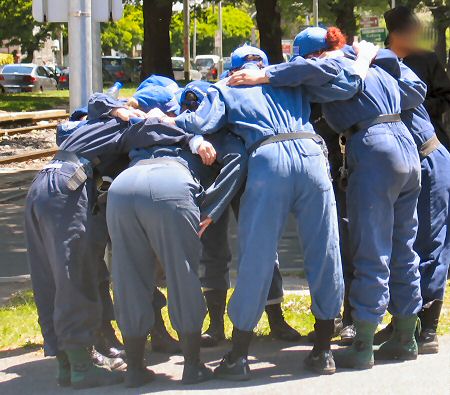 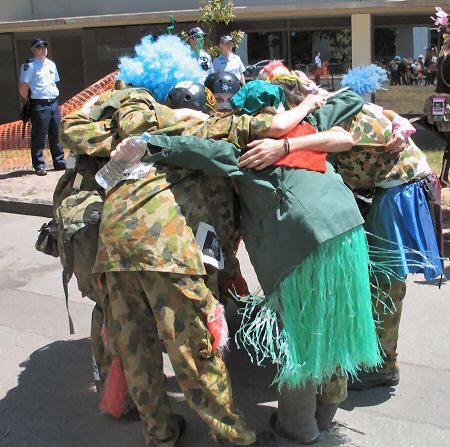 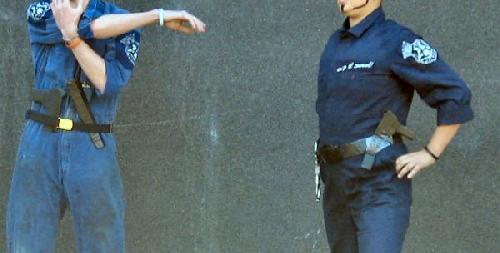 AUSTRALIA: MELBOURNE: Having failed to meet up with the Give-20 seed distribution at Flagstaff Gardens (

http://stopg20.org/node/158) I carried on to the protest site at Collins/Russell, meeting a group of radical cheerleaders running towards Swanston Street pursued by an equal number of police. The Christian protest was very small. I had been told something was going to happen up in the neighbourhood of St Vincent's at about 1 pm, so was going to carry on east when I heard drum beats and sounds of a band. The photos below only show a fragment of the amazing demonstration put on by the Falun Dafa - not directly connected with the anti-G20 protests, as far as I could make out, but a sight worth seeing. (

At the meeting point nothing much seemed to be happening, and this remained the case at least until I had to leave, about 2pm, apart from the arrival of the radical cheerleaders, still with a contingent of police in tow, and subsequently another group of 'police'. According to the ABC 774 these were part of an 'invasion' of the Orica building, and 'were armed with handguns', so it might be worth checking the photos carefully for these dangerous weapons. People drifted towards Spring Street, and met up with another group, clowns this time, also no doubt threatening the established order. If I'd known what was going to happen I might have tried to hang on a bit longer, but there were plenty of other people there with cameras and videocams, so I suppose it's a case of just being patient.