The G20 meeting of Finance Ministers, World Bank, IMF and Reserve Bank Governors is occurring in Melbourne and has met with local protests and street confrontations with police. A festive gathering of G20 protestors on Saturday night was violently broken up by the police. One must asume this is a payback operation for protests earlier in the day breaching police barricades and even damaging a police riot unit vehicle. 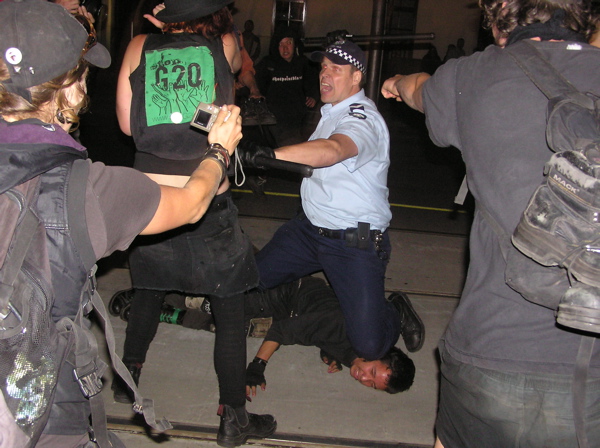 An ambulance was called to attend several people, while about 3 were arrested. There was a high level of aggression with police actively chasing and beating people.

Search and rescue were brought in to prise off several activists who had locked-on to a car placed on the road by protestors.