But don't tell anyone I'm here 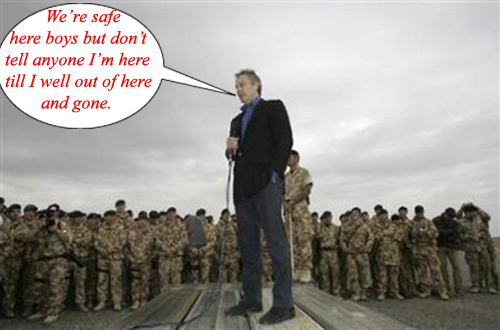 "Here, in this empty desert, is where the future of world security in the early 21st century is going to be played out in each grain of sand," Blair said in remarks barred from publication until he flew out of Camp Bastion in Helmand province.

Afghanistan's western allies say the Taliban is on the run, despite a resurgence, but Blair's long-planned visit has been kept in strict hour-by-hour secrecy due to security fears.