On the ground: Santa came early to Chiapas but he didn't bring me flak jacket 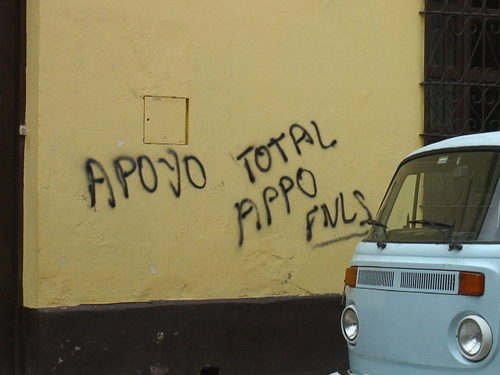 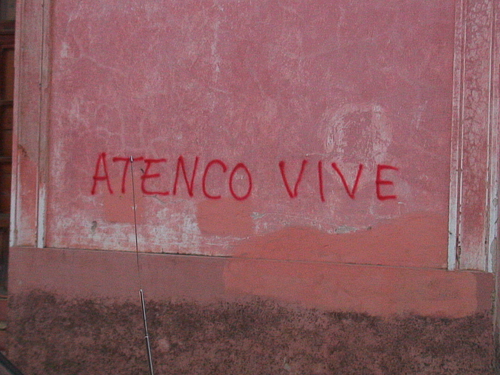 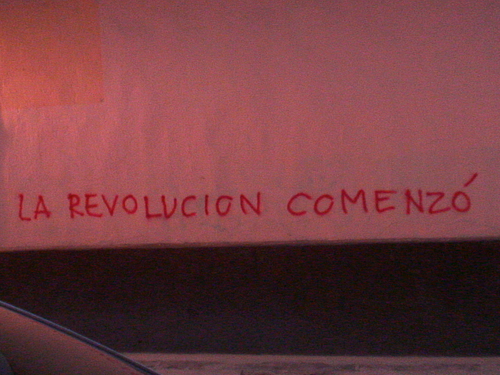 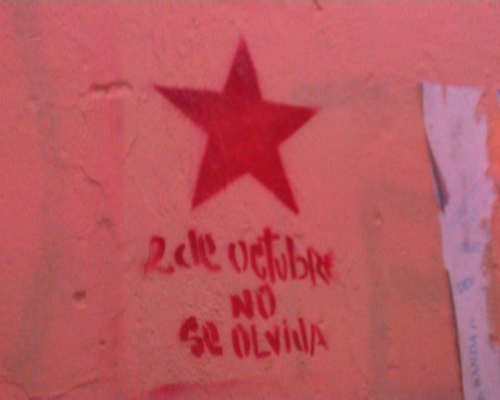 Graffiti from around San Cristobal town 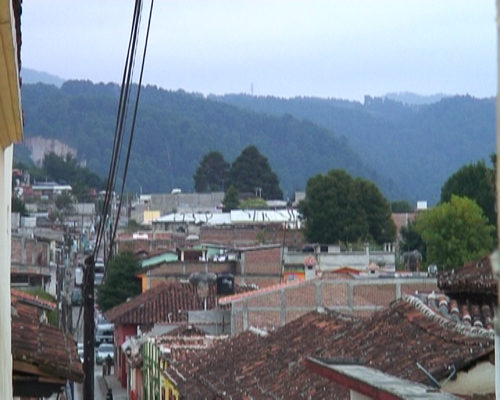 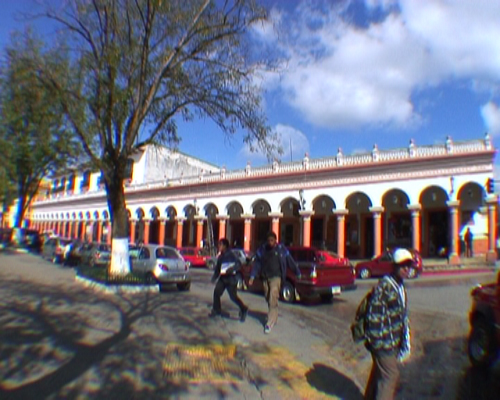 Los Portales, where the homeless sleep at night 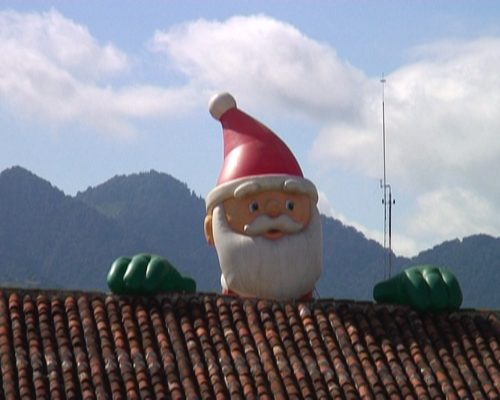 Ah, I was going to get straight into this but my food just arrived so you can wait. Food gets cold here quick and a few more minutes won't kill, not yet anyway...

Okay, that's better. Stomach is filled as much as 20 pesos will allow, which I am told is less now than before the Western tourists started pouring in here. Everyday living has increased, my contact told me it has nearly doubled, and is having a detrimental affect on the people here.

In one way, the tourism is good - it has created more jobs for some. But the increase in basics like food, drinking water, having a roof over your head has made many more locals poorer.

As I headed to my bed last night, the latest I have been in the streets at night, only then did I notice how many people, families, huddled together for warmth in the streets. Taking refuge under the veranda of Los Portales, which overlooks the East side of the Zocalo, were some five families, mostly women and children. And it was damn cold last night, near freezing, with a thick fall of drizzle falling all night.

Today was fairly quiet. I decided to get to know San Cristobal a little better, touring the streets, taking tourist-style shots and photographing the graffiti on the walls of the back streets, a good way of getting to grips with the situation.

"La revolucion comenzó,” said it all.

It was only around 7pm did I find out some of the road blocks from Monday were still in place. I had tried to spend the day making more contacts but failed miserably and decided to get some washing done.

But the day of wondering the streets of San Cristobal did bring to attention something else. As, when you arrive in a new town, after a day or so you start to notice things. Police. Lots of them. I am not sure if they are State or Local, but they wore black uniforms. And they were heavily armed with Car-15 assault rifles and something along the lines of Heckler and Koch assault rifles, distinctly Swiss-made, that was certain.

As I ducked into an Internet café a pickup truck passed by, another eight to ten black-clad police officers, all heavily armed. I had seen these types before though. In photos from Oaxaca.

This confirmed what I heard from one contact the previous day. The police numbers in San Cristobal were increasing, even in the three days I had been here.

Was this what incoming president Calderon meant when he called for sweeping “reforms” today, as reported by the BBC?

Several people, including myself were all having the same problems with our email. Mails were going out, but little to none were coming back. Posting to Indymedia was becoming a headache, often taking eight or ten times to post just a text article.

We are now asking anyone receiving email from us to reply, just to say they have received the email. Probably the only way to be sure our connection with the outside world is still secure. It could just be problems with the Internet connections here in general, but several of us figured it would not hurt to make sure.

Again there are more rumours of a military assault on Oaxaca, this time from a different source, who has been here for some time. Again this is not confirmed, but does draw concern as to what will aslo happen here in the coming days.

Still, not all was lost. The day was hot, the sun came out, and Santa Claus crash landed on a rooftop opposite the cathedral. I never knew he was so big. But, no. He didn’t bring me a flak jacket, not even a pair of dog-proof trousers.