The blockaders braved torrential rain for nearly six hours completely stopping all deliveries to and from the depot. A structure was erects from metal fence panels completely blocking Agrexco’s main gate. Two activists locked-on to the company’s vehicle access gate, inside the company grounds while another two secured the second gate.

Carmel-Agrexco in Hayes is the main UK depot of Israel’s 50% state owned export company. Agrexco is responsible for exporting the majority of fruit and veg from illegal settlements in the West Bank to the UK. The UK is a large part of the market for settlement produce making up 60% of Agrexco’s total exports.

Carmel-Agrexco in Hayes is the main UK depot of Israel’s 50% state owned export company. Agrexco is responsible for exporting the majority of fruit and veg from illegal settlements in the West Bank to the UK. The UK is a large part of the market for settlement produce making up 60% of Agrexco’s total exports.

Agrexco profit from Israel’s illegal occupation and entrenched system of racial apartheid in the occupied Palestinian territories. In the Jordan Valley, in the occupied West Bank, Agrexco farm on stolen Palestinian land while Palestinian’s work for them for less than a living wage. Carmel-Agrexco can deliver fruit and veg to Europe in 24 hours while Palestinian farmers produce rots in the fields because the farmers can’t bring it through illegal Israeli military checkpoints.

Recently workers for Agrexco’s franchises took a wage cut and had to sign away their right to a pension.

This is the third time Agrexco has been blockaded since 2004. In November 2004 the ‘Uxbridge 7’ shut down the factory for 12 hours and were charged with preventing lawful business. In the court proceedings the protesters legal team argued that Agrexco’s business was not lawful as the company was ‘ancillary to apartheid’ by profiting from, and sustaining, illegal Israeli settlements on Palestinian land. The defence obtained disclosure from Agrexco on which settlements the company dealt with. The blockaders case was later discharged as Agrexco did not own the land they claimed the protesters had trespassed on.

In September activists blockaded the depot again, this time the company made a decision not to prosecute because they were afraid of the negative publicity another court case could generate.

Today the company again refused to prosecute blockaders and the six people locked-on were able to walk away. They did issue a warning that we were committing aggravated trespass to two protesters with the possibility of a summons.

Photos of the second blockade (September 2006)

Report on Carmel’s Involvement in the Jordan Valley: 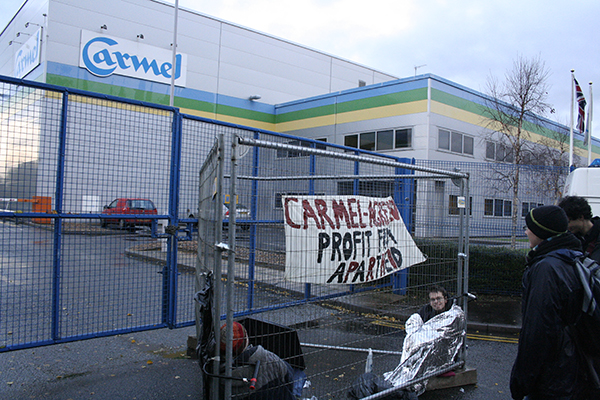 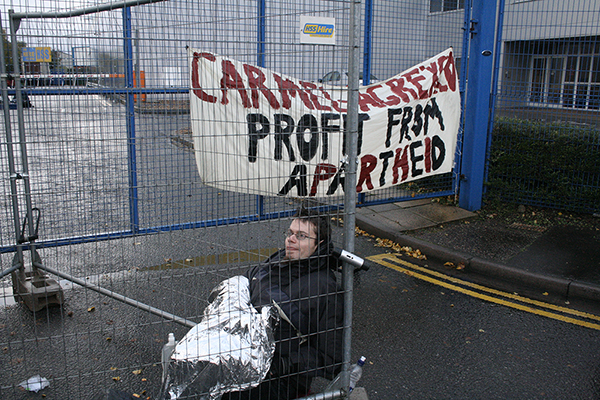 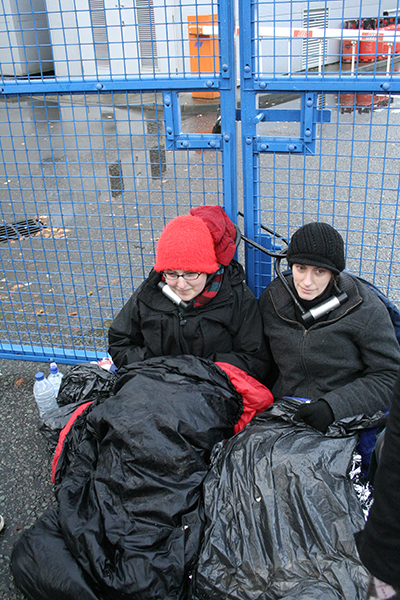 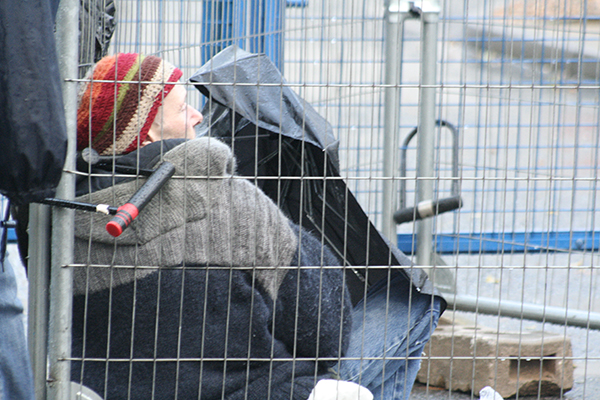 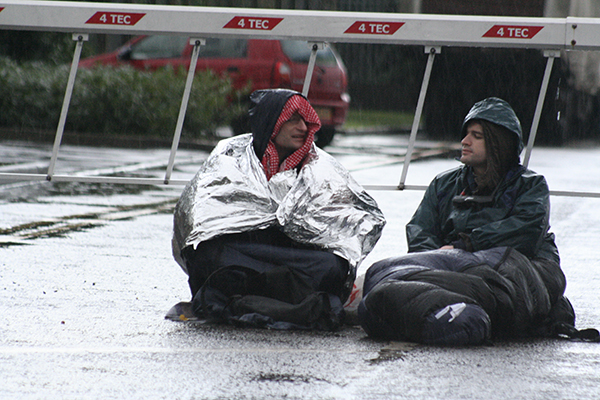 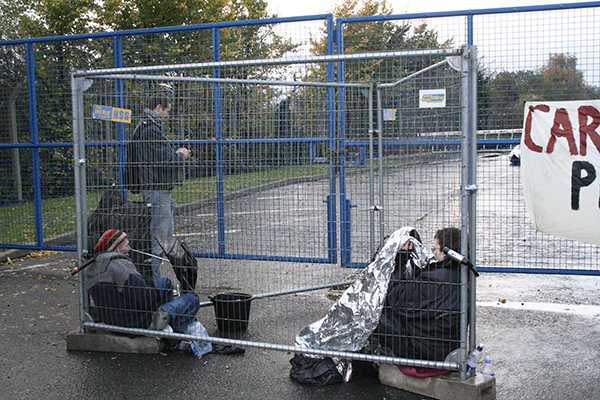 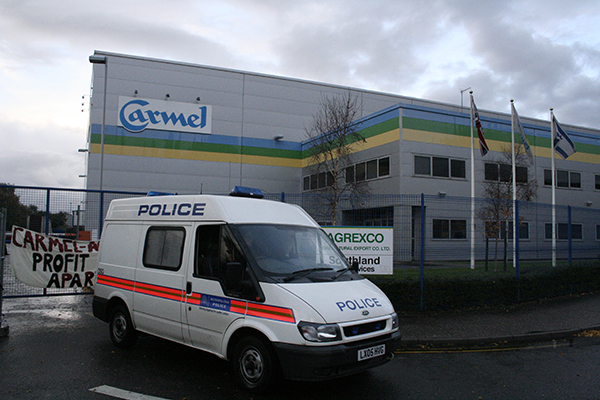 do you think the police don't want people to see the banner! 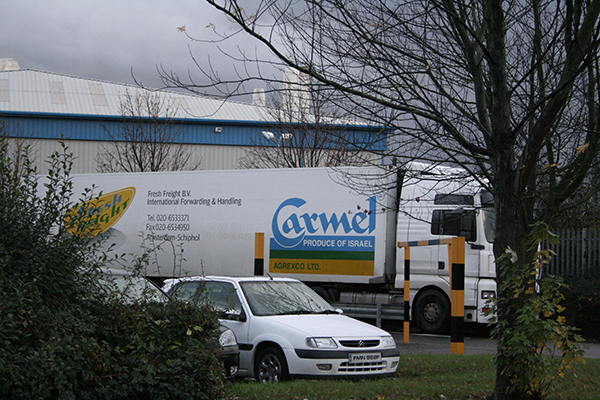 Here are a few photos of the blockade which took place on the 26th November 2006!

Well done to all those that blockade Carmel in such terrible conditions!