France - Banlieues: inquiry on the dead of Bouna Traoré and Zyed Bucket

According to lawyer Jean-Pierre Mignard, defender of the families of the victims, from the relationship of the “police of the police” turns out that “the policemen knew that the adolescents were penetrate to you in the situated Edf and their single attitude has been indifference”. 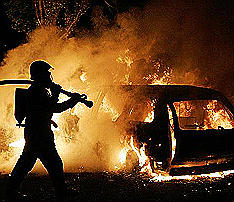 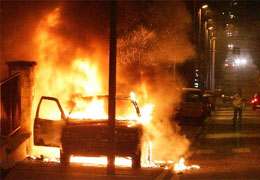 Banlieues
The “lightness” of the flics
a.m.m.
“The Igs, the “police of the police”, accusation the policemen of Clichy-sous-Bois to have had a behavior “of a lightness and 27 an amazing distraction” October 2005, when they had chased three young people that were themselves shelters in one telephone exchange to you electrical worker: two of they are deceaseds, the third party has been seriously ustionato and this episode has been the fuse that it has made to explode for several weeks the banlieues French. Bouna Traoré and Zyed Bucket could have been save to you, as they support the families? The general Inspection of the services asserts it to average voice in a relationship delivered to the justice. According to lawyer Jean-Pierre Mignard, defender of the families of the victims, from the relationship of the “police of the police” turns out that “the policemen knew that the adolescents were penetrate to you in the situated Edf and their single attitude has been indifference”. For the Igf, the policemen would have had to perceive endured Edf agents, in order to make to interrupt the electricity, even if theirs the participation “would not have, nearly sure, avoided the incident”. A year after, the facts that are to the origin of the most violent revolt of the French periphery begin to being reconstructed with greater precision. According to “the police of the police” the policemen have chased the group of young people. The inquiry confirmation that had been a theft attempt on a yard and that the policemen very had become account that some boys were themselves shelters to you in a dangerous place. In the next weeks the magistrate will make one reconstruction of the facts. The families of the victims have stall denunciation, accusing the policemen to have deliberately “put in danger the other people's life”. But for the moment the magistracy inquires on the base of one first denunciation of the families that accused the agents “not attendance to person in danger”. To the pursuit of the boys 17 policemen had participated, with 5 vehicles

Source:www.ilmanifesto.it
(Authorized translation from the Italian language edited by Lora for -edoneo.org-)